Here's how to start your Among Us download on every platform. 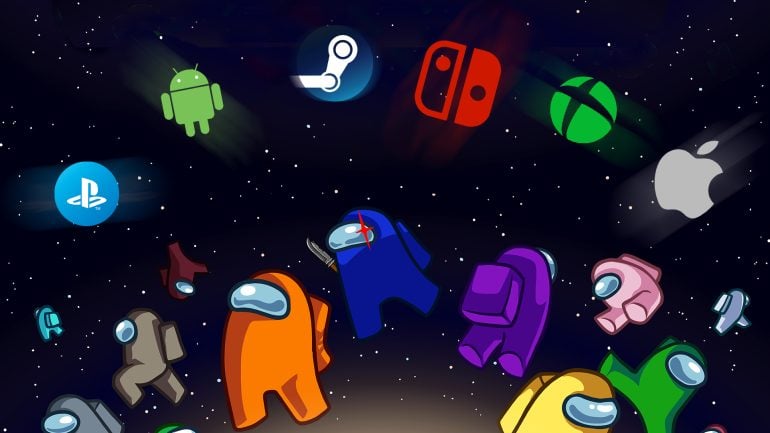 It feels like everyone’s got their own story to tell about some crazy experience in Among Us. If haven’t played Innersloth’s social deduction party game, you’ve been missing out! Fortunately, the game has been released on basically every platform you can imagine, so you can get in on the fun whether you’re on mobile, console, or PC.

Among Us is currently playable on eight different platforms. That means you can backstab your friends on your smartphone or orchestrate a game-winning round of voting on the console. Since Among Us is primarily a social game, there’s no inherent disadvantage to gaming with a touch screen over a mouse and keyboard. So, all you have to do is pick your platform and start your Among Us download.

We’ve got even more awesome Among Us content if you follow these links Among Us character, Among Us map, Among Us unblocked.

Steam is the largest digital marketplace for video games on PC, and you can often find Among Us on it at a discount. The regular price (without discounts) for Among Us on Steam is $5.

There are two ways to perform an Among Us download on PC: via Steam or using an Android emulator.

Alternatively, you can install an Android emulator to download and play Among Us on your computer. This method runs the Android version of the game on Windows, so the game will count you as an Android user rather than a PC user. If you opt for playing Among Us on an emulator, you can play the game for free.

Since Among Us is playable via either Steam or Android emulator, which version of Among Us should you get on PC? There are a few things you should take into consideration before making a decision.

To run the Steam version, you’ll need to install Steam on your machine and log in with a Steam account. The Steam version is a native Windows app and will generally run better on your computer than if you played the game using an Android emulator. The Steam version will cost you money, whereas the Android version on emulator is completely free.

Once you’ve chosen a version, it’s time to start your Among Us download.

Before you can get start your Among Us download using Steam, you’ll first need to create a Steam account. Head on over to the official Steam website to do that.

The first time you open up Steam, you’ll be asked to log in using your Steam account credentials. Tick the “Remember my password” checkbox if you don’t want to manually type in your credentials every time you open Steam.

After logging in, you’ll be throw into the Steam marketplace. You’ll find a search bar on the top-right of the front page. Type “Among Us” into the search bar. Steam will automatically suggest titles related to your search terms. The Among Us Steam page should be at the top of the list. Click the link to open it up.

On the Among Us Steam page, just below the carousel of official Among Us images, there’s a section to Buy Among Us. Click the “Add to Cart” button to add the game to your cart.

You will be taken to your Steam cart where Steam will ask you if you’re purchasing the game for yourself or as a gift to a friend. Click the “Purchase for Myself” button.

In the next screen, you’ll be asked to select a payment method and input any relevant information, like credit card number or Steam Wallet code.

Once your payment has gone through, Among Us will be added to your library. By default, Steam will begin downloading your new game to your system. You can click the “Library” tab at the top of the Steam interface to view all the games in your library and manage any downloads.

How to download Among Us on an Android emulator

If you use an Android emulator, you can enjoy Among Us on PC for free. Note that since the game is being run in a simulated Android environment on Windows, you may experience performance issues, like stuttering, freezing, or crashing.

The first thing you’ll need to do is pick an Android emulator. A quick Google search will bring up literally dozens of emulators. The most popular ones are BlueStacks and Noxplayer. Both are very stable and constantly updated to support the biggest Android titles (including Among Us), however, you may find they’re loaded with features you’re not interested in using. There are light-weight options, like Leapdroid (no longer being developed) or MEmu, but you may encounter more stability issues with them.

After downloading and installing your emulator of choice, fire it up. Every emulator has its own interface, but all of them will throw you to a virtual Android desktop. There you’ll find an icon for the Play Store (or equivalent proprietary app). Click the app to open it up.

Once you’re in the store app, the procedure for downloading and running Among Us is exactly as it would be on a smartphone. Search for “Among Us” in the search bar, open up the Among Us app page, and click the “Install” button. Once the installation is completed, return to the virtual desktop where you’ll find the Among Us app. Click on the Among Us app icon to start the game.

When you play on your Android phone, you can get Among Us for free. To get Among Us on Android, go to Google Play and tap the “Install” button.

Among Us backgrounds — our picks for the best wallpapers

You can also download the APK file for Among Us and install the game manually to your phone. You can find a number of APK repositories online, like APKPure.

To download and play Among Us on your Apple smart device, you can find it in the App Store. Once it’s installed, all you have to do is click the Among Us app icon on your phone to run the game.

As with the Android version, Among Us is free on iOS.

Among Us download on Xbox One and Xbox Series X/S

Among Us officially released on the Xbox One and Xbox Series X/S on December 14, 2021. It’s available for $5.

To purchase the game, open up the Xbox Games Store on your Microsoft Xbox console. Then, search for Among Us and click on the game’s official page. Select the “Buy” button to begin the payment process.

Among Us is also included if you purchase an Xbox Game Pass.

Among Us officially released on the PlayStation 4 and PlayStation 5 on December 14, 2021. You can buy it for $5.

To download the game, open up the PlayStation Store on your Sony PlayStation console and search for Among Us. Open up the game’s page and click on the “Add to Cart” button to begin the payment process.

That’s not all, if you want to become the very best Among Us player, then go through these guides as well: Among Us toys, Among Us Imposter guide and Among Us hats. 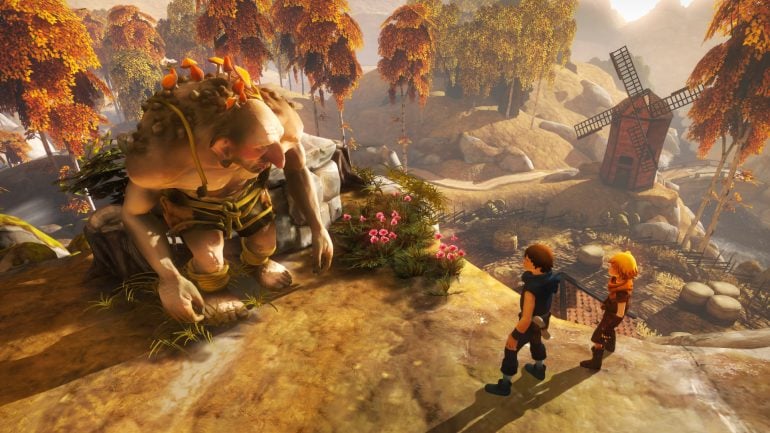