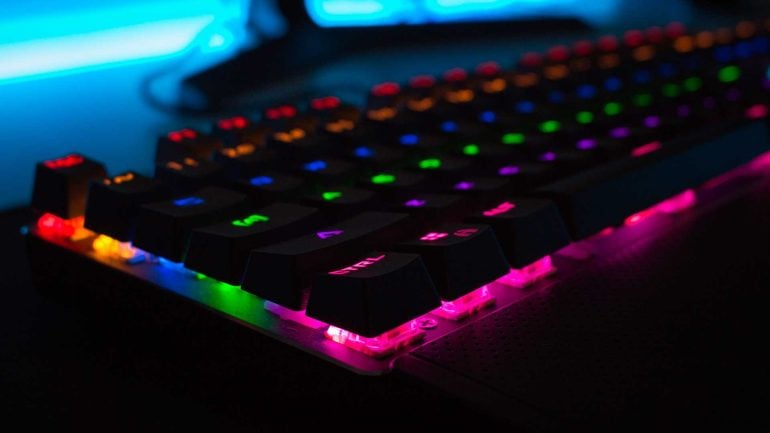 Anyone who is anyone online will be familiar with Discord. It’s free to use and easy to operate, allowing you to construct an online social environment without a requirement to know anything other than your companion’s usernames.

As a result, since it first launched in May 2015 Discord has become the go-to communications platform for everyone from gamers to businesses. The programme supports voice channels & video calls as well as instant messaging, alongside support for group “servers”. But to make the process even more fluid, Discord offers a full suite of commands for added functionality, moderation or novelty.

Commands are as easy to use as the program itself, simply type the correct code into the server chat box, add any necessary prefix, and there you are!

The basic Discord chat commands aren’t very elaborate but they should serve to make your Discord experience just that little bit better. They don’t require the use of a bot, and if you’d like to see the full list by typing in ‘/’ into the server chat. From there, just click on the one you’d like!

/nick – “Changes nickname on this server.”

/spoiler [text] – “Marks your message as a spoiler.”

/tableflip – Pastes this piece of ASCII art, “(╯°□°）╯︵ ┻━┻”, into the channel.

MEE6 is Discord’s widely adored robotic chat moderator. For many users joining their first Discord server or voice chat, MEE6 will be the first friendly face they come across.

MEE6 has all manner of functions, allowing users to use MEE6 to both moderate and search. Moderation commands give server admins the ability to maintain law and order in their various channels. Search commands instruct MEE6 to scan various databases for entries, images, videos, and information.

Furthermore, the MEE6 dashboard allows users to programme their own custom bot commands.

!ban [user] [optional reason] – Used to banish a single member from the Discord server. Not one to be taken likely, but often a necessary weapon in any moderation’s arsenal.

!tempban [member] [duration] [optional reason] – Used to banish a single member from the Discord server for a limited period of time.

!mute [member] [optional reason] – Used to mute a member so that they cannot participate in the various channels.

!tempmute [member] [duration] [optional reason] – Used to mute a member so that they cannot participate in the various channels for a limited period of time.

!infractions [member] – Used to show how many infractions a particular member has against them.

!kick [member] [optional reason] – Used to kick a user from a server. More or less like a ban, but they will be able to rejoin at a later time.

!slowmode [optional timeout] [optional off] – Used to turn on or off slow mode in a particular channel.

!warn [member] [optional reason] – Used to warn a user that they are rule breaking and inviting infractions.

Not only that, MEE6 offers a suite of awesome search commands – letting you retrieve information about everything from Pokemon to Twitch streamers, or embed YouTube videos and images. Here’s the full list of commands.

!anime [search term] – Used to search for anime on Kitsu.

!imgur [search term] – Used to search for memes on Imgur.

!manga [search term] – Used to search for manga on Kitsu.

!pokemon [search term] – Used to search for Pokemon on the Pokeapi Pokedex.

!twitch [search term] – Used to search for a channel on Twitch.

!urban [search term] – Used to search for slang entries from the Urban Dictionary.

It is shockingly easy to program custom MEE6 commands. It doesn’t require knowledge of python or syntax and is built into your MEE6 dashboard. But just in case you’ve never done it before, I’m here to give you a rapid-fire lesson

If MEE6 is Discord’s most loved chat moderator, Dyno is probably its most useful. It’s likely also the most fun.

Dyno offers similar moderation commands to Dyno, but a larger and more elaborate database of functions. Where Dyno really shines, though, is in the novelty commands. Trust me, you’ll be dying to go show them off.

The Dyno Discord Bot offers the most comprehensive suite of moderation commands on the platform, allowing you to keep control of your server’s channels – even with the most devious rapscallions.

?announce everyone [channel] [message] – Used to send an announcement to @everyone in a specific Discord channel.

?modlogs [user] – Used to get a list of moderatoration logs for a named user.

?note [user] [text] – Used to create a note about a specific user.

?notes [user] – Used to view notes that have been created about a specific user.

?clearnotes [user] – Used to clear all notes created about a specific user.

?warn [user] [reason] – Used to warn a member that their conduct is at risk of breaching a sever’s rules.

?warnings [user] – Used to view the warnings a named member has received. It’ll let you know if you’re dealing with a first time offender or a seasoned criminal.

?mute [user] [limit] [reason] – Used to disallow a user to contribute to a server’s various channels.

?unmute [user] [reason] – Used to re-allow a user to contribute to a server’s various channels.

?deafen [user] – Deafening is basically the opposite of a Mute, used to stop users receiving new messages.

?unlock [channel] [message] – Used to reverse the lock on a channel.

?softban [user] [reason] – Used to ban (followed by an instantaneous unban) in order to delete a user’s message.

?addmod [role] – Add a user to a moderator role.

?members [role] – Used to list up to 90 members with a stated role.

?clean [optional number] – Used to clear the Dyno responses for your server.

The Dyno Discord bot isn’t just about helping you moderate your server, though. Dyno is also a lot of fun! Here’s the full list of Dyno novelty commands:

?cat – Generates a random adorable cat picture from the internet, which Dyno will immediately post into the channel.

?country [country code] – Used to retrieve the statistics about a specific country, including population, capital city, and currency.

?dadjoke – Used to retrieve a random dad joke that is automatically posted into the channel. Guaranteed to be as entertaining as it is unfunny!

?dog – Generates a random adorable dog picture from the internet, which Dyno will immediately post into the channel.

?flip – Used to flip a coin between heads and tails.

?itunes [song name] – Used to retrieve basic information about a song, including the artist’s name and the album which it is from.

?pokemon [name] – Used to retrieve basic information about a pokemon, including abilities, type, weight, and height.

?pug – Generates a random adorable pug picture from the internet, which Dyno will immediately post into the channel.

?rps [choice] – Used to play rock-paper-scissors with the Dyno bot.

?space – Used to retrieve information about the International Space Station.

That’s not all, though. The Dyno bot also offers a series of other commands which are as easy as they are random:

?afk – Used to set up an “away-from-keyboard” status that can be displayed whenever your name is mentioned.

?afk set [status] – Used to show an “away-from-keyboard” status that can also be displayed in your nickname.

?afk ignore [channel] – Used to not return from your “away-from-keyboard” status when speaking in a channel.

?avatar [user] – Used to produce a larger version of a user’s avatar image in the chat. Want to know what someone really looks like? This is the command for you!

?randomcolor – Generator a random hex color that your fellow server-patrons can observe in the channel.

?whois [user mention] – Retrieves information about a specific user in the server, including how long they’ve been a member, when their account was created, and whether or not they have any roles in the server.

?discrim [4 members] – Generates a list of users who have a specific Discord discriminator number.

?membercount – Generates the total number of users in a specific server.

?serverinfo – Retrieves general information about the server, including membership numbers, number of channels, and the current number of people online and active.

?emotes – Generates a comprehensive list of all server-specific emojis and emotes.