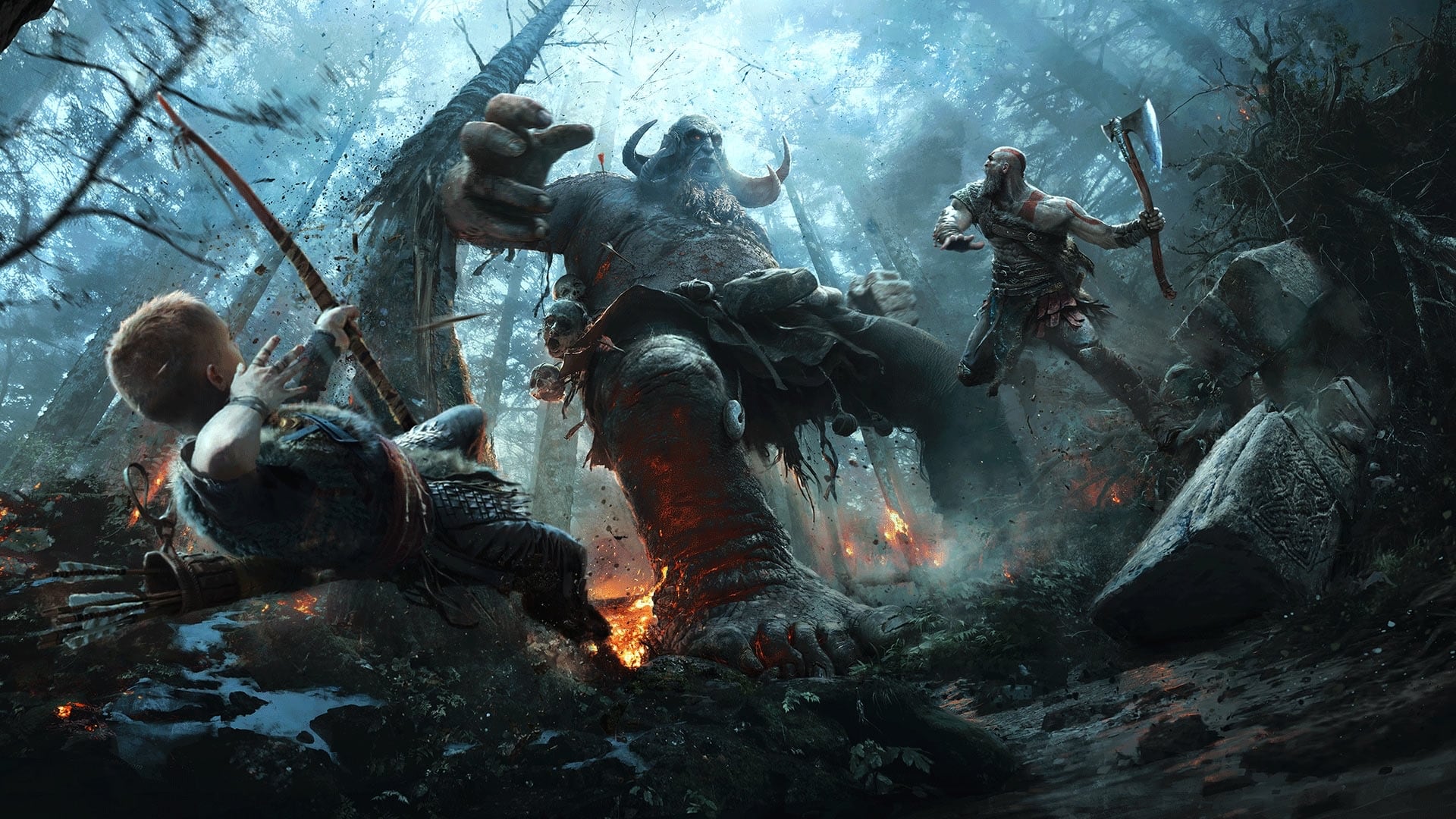 Ah yes, the God of War series, a series that has produced some of the most brutal scenes in gaming history, as well as one of the most badass protagonists to ever grace your screen. The God of War franchise covers the story of Kratos, a former mortal soldier who surrenders his life to Ares to win a battle. This takes him down a dark road of revenge, murder, loss, and tragedy across all of Greek mythology. Over the years, there have been 8 games in the main series, covering various story points as well as a new ground for Kratos to tread.

Of course, since there are so many games in the series, you can be sure that there is a lot of content to explore and new things to learn. We are going to be providing you with some interesting statistics and facts about the entire God of War franchise in the wake of the new game — God of War Ragnarok, releasing on November 9th, 2022. We sincerely hope that you enjoy the content we have prepared and that you can learn something new and look at these games in a better light. If you’re still interested, we have even more statistical articles you can take a look at. Maybe some video game industry statistics and facts?

Since the God of War franchise spans many games, we are going to be listing some key stats regarding sales just to show you how far along the series has come since its inception. There are some massive numbers in this section, so you might want to take a look!

The God of War franchise has sold over 51 million copies since the first game.

You can downplay the sheer quality of God of War III in the slightest. The game was simply too good for its time and we always wonder what it would have looked like

God of War generated over $500 million in revenue from sales alone.

As with the sales from the previously-mentioned point, we can see that the total revenue that God of War has generated since its release is staggering. Half a billion dollars is no joke, especially when we’re talking about video games.

The total number of sales must have come from somewhere, right? Of course! That is where the dedicated fans of the series come in. In this section, we are going to be listing some crucial information about the fans that have played the God of War series and made it what it is today.

Over half a million players have obtained a Platinum Trophy.

These are completely reasonable numbers to expect from a game when it just releases and when it has the sorts of sales that God of War has. As you can see, the overall percentage of people that have achieved a platinuđm trophy is fairly low compared to other games, and that might be due to the overall difficulty of the game and the fact that many players put it down after one playthrough, but we cannot be sure.

From these two statistics, we can see that God of War wasn’t the easiest game in the world, amassing over half a billion deaths in its first year alone. Give Me God of War has been hailed as one of the most difficult settings in recent games, with extremely dangerous enemies and deadly encounters.

The main God of War games have an average rating of 9.7.

To say that the first three games of the God of War series are epic is a severe understatement. Quality is the name of the game when it comes to this series and you can see that the fan ratings of the games are astronomical compared to other series, guaranteeing its quality.

Given that the general story of the God of War series is rich with content and thrills, it comes as no surprise that there have been several adaptations of the series ranging from graphic novels to TV series. Let’s take a look and see where you can delve deeper into the God of War story.

The graphic novels surrounding the God of War series are packed with extra content that is a joy to read, no matter if you’re a veteran of the series or a newcomer looking to delve deeper into the story. We are sure that we are going to get quite a few more graphic novels when God of War: Ragnarok releases in November 2022.

As with any other game, it would be prudent to take a look at how the God of War franchise has performed on the biggest streaming platform in the world — Twitch. There have been a lot of streams of God of War over the years, and we’re going to take a look at some general numbers to see how the series stands.

In 2022, the God of War series has accumulated over 20 million broadcasting hours on Twitch.

Through these numbers, we can clearly see how the popularity of the games in the God of War series is distributed. It is very obvious that the newest game in the series is going to be the most popular because it redefined the series, but still, the difference in viewership is staggering. We are expecting to see an uptick in viewership the closer we get to God of War: Ragnarok.

God of War (2018) continues to dominate in the general viewer aspect of Twitch statistics, which is no surprise. Looking at the averages, we can see that the God of War series still has a decent amount of viewers despite the fact that the first game came out in 2005.

And there you have it, some of the most relevant statistics and facts about the God of War franchise. The series in general features one of the most immersive and interesting storylines in gaming history, developing rich plots and reimagined points that breathe new life into the series. We can’t wait for God of War: Ragnarok to come out in November 2022 as we are sure that it is going to easily fall into the legendary status of all the games that have come before it. We sincerely hope that you have enjoyed the information that we have presented here and that you can look at the God of War series with a bit more appreciation.