When to use HE rounds in World of Tanks

Learn when and how to use High Explosive (HE) rounds effectively! 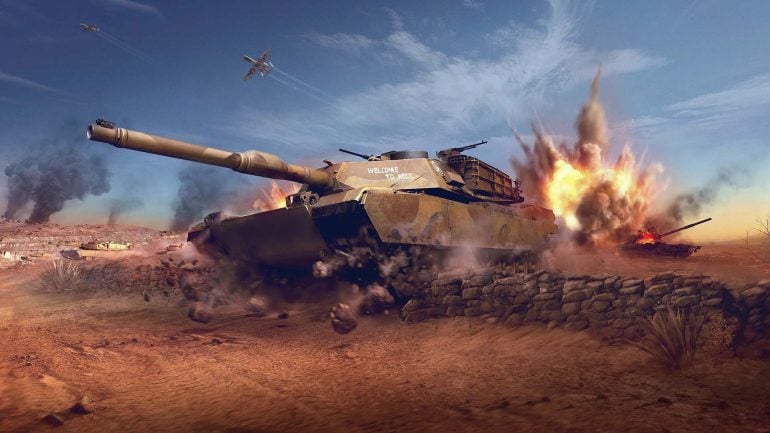 For a long time, high-explosive (HE) rounds were the one-stop solution for all your heavy armor woes. Not only could HE rounds pierce the thick plates that make heavy tanks such a pain to deal with, but they’d explode and damage the crew inside, too!

The combination of armor-piercing and shrapnel damage made HE rounds too strong, so Wargaming changed them. Nowadays, HE rounds aren’t as versatile as they once were, but they still play an important part in any team’s loadout.

This article will cover when to use HE rounds because, while they can be devastating in the right scenario, they’re nearly useless in others. We’ll also talk about how to use HE rounds so you can maximize damage output when the time comes to use them.

Snag the premium tanks you’ve been coveting with this list of WoT codes. Redeem to get free Gold, experience boosts, and other awesome rewards!

How HE rounds work in World of Tanks

High-explosive rounds can deal massive damage to the internals of a tank, but to use them effectively, you need to know how they work.

The damage an HE round deals is determined by a number of factors. The first thing the game calculates is whether or not the round pierced the armor at the point of impact.

If the round successfully pierces the armor, it will enter the tank’s interior and explode. Any crew and components caught in the blast radius will take massive damage.

In any case, spalling deals much less damage than if the round had successfully exploded inside the hull.

Things get a bit complicated when firing at screens, tracks, and penetrable objects.

If the HE round hits hull armor after passing through a screen, track, or penetrable object, the game will use the reduced number to determine if the round pierces the hull. Damage calculations then work exactly as described above.

In the case that there is no hull armor behind the screen or track, then the round does not damage the target.

A simple rule of thumb for understanding HE round damage

Was that too much to take in all at once? It’s actually quite simple:

If the HE round hits hull armor, it is guaranteed to deal damage, whether by explosion or spalling. If it does not hit hull armor, it deals little to no damage at all.

How to effectively use HE rounds

Now that you know how HE rounds work, we can talk about how to use them.

HE rounds are most effective on the softest parts of a tank. Ideally, you want them to pierce the hull and chew through your target’s internals.

Keep in mind that HE rounds are not as effective at piercing armor as armor-piercing (AP) rounds. If you’re having trouble breaking through thick armor, put the HE rounds away and swap to AP.

When firing at an enemy’s tracks, aim for areas where there’s armor. Some areas of a tank’s tracks have nothing behind them, so your HE rounds will deal no damage even if they pierce the tracks. This also applies when shooting at screens.

When to use HE rounds

So, when are the best times to use HE rounds?

Use HE rounds when flanking the enemy

First, we know that HE rounds deal the most damage when they pierce hull armor and explode inside the tank. So, you should always try to hit where the armor is the thinnest.

Since most heavy tanks have the thickest armor in the front. This means you never want to engage a heavy tank head on. Instead, flank the enemy and use HE rounds to hit them from the side.

Use HE rounds to damage SPGs and tank destroyers

Self-propelled guns have thin armor, making them the ideal targets for HE rounds. Just one or two well-placed shots can really hurt an SPG, disabling or destroying it outright.

You should also prioritize tank destroyers. Many TDs have open rooves and turrets protected by paper-thin armor. Shoot the TDs there and watch them fall apart.

Use HE rounds to prevent base captures

When capturing a base, any damage taken will reset the capture process. Since HE rounds are guaranteed to deal damage if they hit a tank’s hull, you can use them to stop quick captures.

We hope you found this guide to when to use HE rounds useful. In the right situation and with clever shot placement, your HE rounds can make quick work of most vehicle types. Use them to terrorize TDs and SPGs to quickly become your team’s favorite player.

Learn about more awesome war games like World of Tanks by reading our guide to the best war games. Play with your friends, no matter their preferred platform, with this list of best cross–platform games.