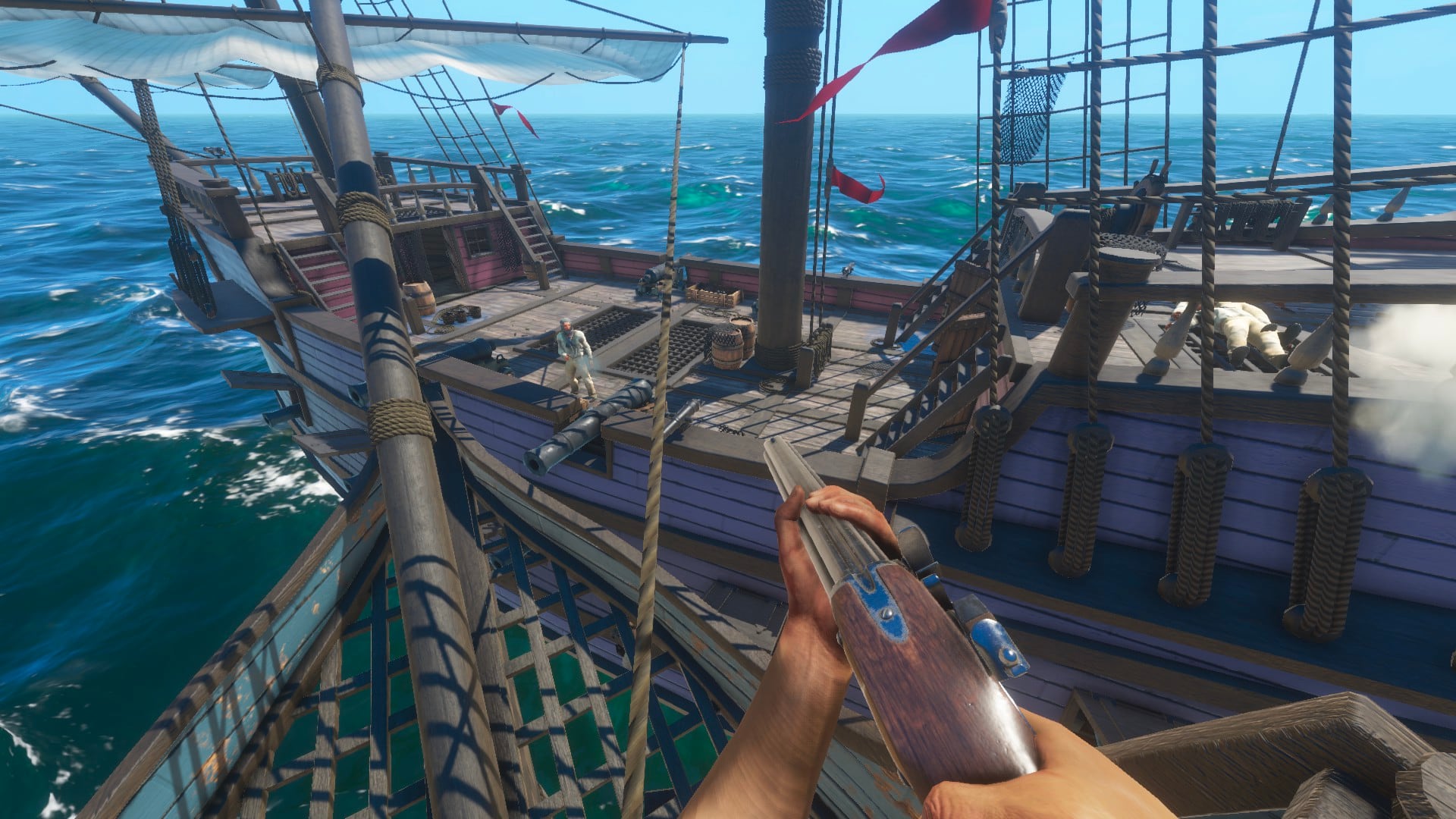 Looking to start a new adventure on the open seas? Here are some of the best games like Blackwake!

Blackwake is a very popular game with a heavy focus on multiplayer and cooperating with your friends to successfully sail the seas in search of other players to attack and plunder. There are a few gamemodes to enjoy if you’re looking for something specific, but overall, you can expect the game to be packed with content that is hard to stop playing.

However, maybe you’ve played a lot of Blackwake and are looking for a similar game? If that’s the case, we have prepared this list of the best games like Blackwake for you to check out and start playing! These games follow the dynamic of naval combat while also having their own character so they’re enjoyable.

The first game we have for you is among the most popular naval games out there, and you’ll see why that is as soon as you start playing it. You control a massive warship on a sandbox ocean in World of Warships. There are other players roaming about to destroy you, so there is a considerable need to think strategically and approach each combat situation carefully. There are dozens of different warships to choose from, each with its own benefits and drawbacks, so there is a bit of a learning curve to it. If you’re considering this game, have some World of Warships codes to give you a bit of a head start!

Of all the games we are going to mention, this one is definitely the most similar to Blackwake because the main idea and aesthetic are classic representations of pirate games. In Sea of Thieves, you man a personal ship either alone or with your friends and sail the seas in search of missions to complete or other crews to attack and rob. Each crew member is an integral part of the ship since you can barely do everything yourself, so it’s best to enjoy this game with some good friends and make sure that you secure that plunder! Overall, it’s definitely one of the best games like Blackwake and you will not regret playing it.

Something you might notice about this game is that it is actually a single-player experience where you are a new pirate that starts from the bottom and you have to sail the seas in search of things to do so you can improve your legacy and become the top pirate in the world. This can be done by either interacting with settlements around the world or simply fighting other pirates. Your ship can be customized in every aspect so you can add your own twists to it according to your style. When it comes to the battles, you can be sure that this will be one of the best games like Blackwake and you will not be disappointed!

Another single-player masterpiece! Assassin’s Creed Black Flag is a wonderful pirate game and is often considered to be among the top games in the Assassin’s Creed series. In this game, you play as Edward Kenway, a pirate who murders an assassin and steals his gear, and subsequently enters the world of assassins while still approaching situations as a pirate would. It’s one of the best games like Blackwake because it captures the main idea of the game and you can have a unique experience with it. The combat is satisfying, the exploration is deep, and every other aspect of the game is amazing for anyone looking for a great naval game!

This is an incredibly interesting concept for a pirate game, and it’s an upcoming title that is supposed to be released on November 8, 2022. In this game, very similar to King of Seas, you play as an outcast pirate that has to climb the ranks among other pirates and establish a legacy for yourself. You can have a ship for yourself and take it out to sea to complete different missions, as well as engage in epic naval battles to sink opposing ships, subsequently stealing their riches and gaining more experience. Overall, it’s definitely shaping up to be one of the best games like Blackwake, and we can’t wait for it to come out so we can try it out!

And that is all that we have to say about the best games like Blackwake. Blackwake is a phenomenal game and it’s hard to do everything as it did, but these games are still excellent no matter what. If you’re still looking for awesome games to play, take a look at the best war games, best naval games, and the best tank games!