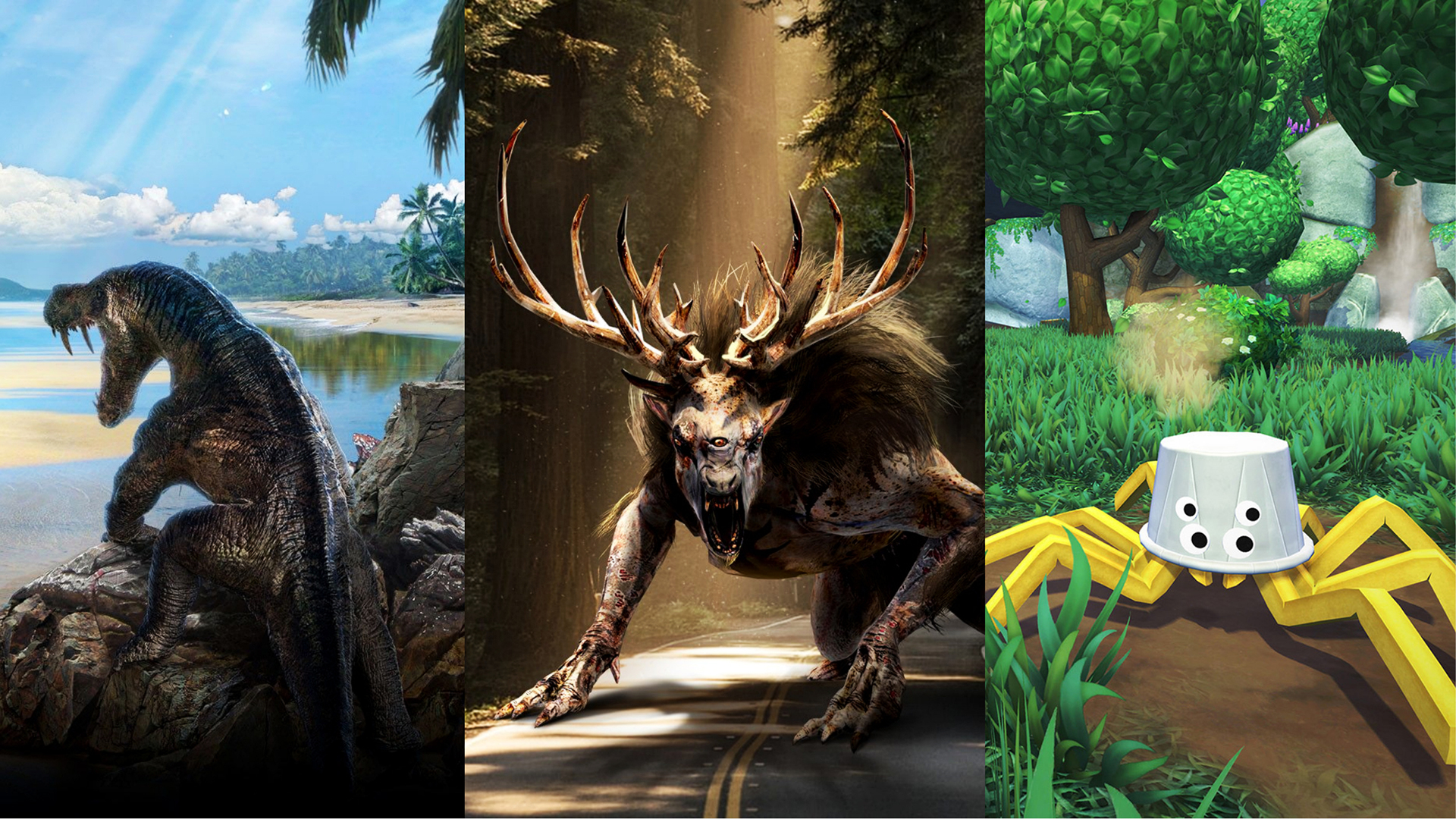 Want a game that will get you out of the house for an adventure? Look no further!

When you talk about viral, massively popular social games, you can’t avoid mentioning Pokemon Go, a game where you use your phone to locate various Pokemon in your area with the goal of going to capture them. This game gave so many people a good reason to get out of the house and be happy, but its popularity has decreased a bit over the years.

If you find yourself still in need of new games to play, be it mobile or PC, you don’t have to look any further. For the mobile gamers, we have a nice selection of the best mobile RPG games, as well as the best free PC games for members of the PC master race!

We all know what kind of gameplay Pokemon Go had. You walk around and catch Pokemon. But what if you want some more depth? Well, Orna is a full-fledged RPG that utilizes your own surroundings to create dungeons that you can explore with the character you create. This alone is enough to count it as one of the best games like Pokemon Go to play. The enemies you come across while exploring the world will attack you at times, and the combat is really satisfying. It is classic turn-based combat where you take a turn executing your combat action, then the enemy does the same. It’s a flawless system that really improves the general gameplay. Of course, since the whole premise of the game involves you walking around outside, you can always encounter other players and join them in a party to go on raids together. No matter what you do, Orna will give you hours of enjoyment, as well as some exercise!

Whenever you add dinosaurs to a game, it is bound to be better than before. Jurassic World: Alive has the exact same premise as Pokemon Go, but instead of Pokemon lurking around the real world, you have various types of dinosaurs that you can interact with, capture, and subsequently battle once you have a dinosaur of your own. To capture a dinosaur, you have to use a scent capsule that will draw it in. These capsules range in potency and quality, similar to Pokeballs. The higher the rarity of the dinosaur you want to capture, the better the scent capsule needs to be. Periodically, groups of dinosaurs might attack you as you’re completing a mission. This will trigger an attack sequence that is quite similar to normal Pokemon battles. Other than that, you are free to roam around and interact with other players, just as the best games like Pokemon Go intend.

While not strictly an augmented reality game, Bugsnax encompasses the general idea of Pokemon Go and puts its own twist on it. In this game, you walk around a vast, colorful world looking for different species of Bugsnax to capture and present as your own. Bugsnax are small creatures that are bugs primarily, but also carry some aspects of snacks, like being made of fruits and vegetables. Once you get into the game, you will see that it’s quite wholesome and fun, since the little critters on the island are quite cute and interesting when you look at them. The thing that makes Bugsnax so appealing is the collection aspect which is quite similar to Pokemon. Cathing one Bugsnak will make you think “eh, maybe one more” and you just go from there. This is a recurring thing in many of the best games like Pokemon Go.

The Walking Dead: Our World

The Walking Dead was an excellent series that spawned numerous spinoffs and games, and the one we’ll be mentioning today is The Walking Dead: Our World. This game is another augmented reality game where you can point your phone toward your surroundings and it will show zombies at various points in your vision radius. Utilizing any weapons you might have, you can either dispatch the zombies or run away and look for shelter. Like the series, you can also team up with other “survivors” who are nearby and plan your approach strategically. Overall, the game is very interesting and engaging and deserves to be ranked among the best games like Pokemon Go.

This isn’t a game as much as it is a long-term social event. The Geocaching game is set up in a way that you can see specific caches in your region. These caches are real and have been placed by other people for you to find. When you find a cache, they usually contain a pen and a notepad so you can write your name down and leave it in the same spot you found it. Other caches might be larger, containing small items such as toys and other memorable things. The main idea of these types of caches is to bring a small item with you so if you spot something you like, you can take it and put your item there, as long as it’s of equal value. The appeal of this game is that you get to explore the outdoors and solve puzzles to find the caches. Geocaching takes away the virtual element and places you in the real world looking for actual things, a fresh take compared to other best games like Pokemon Go.

The premise of Ingress Prime is that there is a new form of matter scattered around Earth that is believed to be associated with a new alien race. There are people on Earth who believe the new matter is a nuisance and should be resisted, and they belong to the Resistance team. The other team is called the Enlightened, who believe the energy should be harnessed to transcend humanity. All of this is fictional of course, but the premise is quite interesting nonetheless. When it comes to playing the game, you have a map with buildings, streets, and bodies of water that are marked, but not labeled so you have to go by the geography. The rest of the game resembles a mixture of capture the flag and Geocaching. You have certain points on the map where portals reside, and interacting with these portals will bring benefits to your team, such as increasing your territory, etc. While it might seem daunting at first, the game is one of the best games like Pokemon Go and you should try it!

This game is for all of the fitness enthusiasts out there. Zombies, Run! is an immersive running game with a nice narrative to accompany you as you go on your daily run. Usually, you would run and listen to music or a podcast, but this game places you in a post-apocalyptic world where you are one of the “Runners” that runs around the city avoiding zombies and collecting resources to help the other survivors. All of your movement and progress around the map are monitored by a narrator that tells you where you should go next. The story is presented in the form of missions, each mission presenting your arrival to the world and what you do to improve it. If you want more of a challenge, you can also experience a “zombie chase mode” where zombies will chase you and you will have to run at least 10% faster. It’s an excellent addition to the best games like Pokemon Go and it’s healthy as well!

The Witcher: Monster Slayer is set in a fantasy world that overlaps with our world, very similar to other best games like Pokemon Go. To explore the Witcher world, you have to go outside and you will see it through your phone screen. Depending on where you are, you will find yourself in different surroundings which will have different units there, such as NPCs and monsters. Monsters are the main thing since you have to look for them to complete quests and provide you with a challenge. When it comes to combat, you can attacks monsters and take damage, but you can also buff yourself with oils and potions to tip the battle in your favor, just like a real witcher. It’s quite interesting because of the exploration aspect and the uncertainty of what you might encounter.

A game that is primarily about wandering outside, Pikmin Bloom is fantastic for players who want a relaxed experience interacting with the tiny Pikmin creatures. As you walk around, you will leave a trail of flowers behind you, something the Pikmins enjoy a lot. The game also involves solving puzzles to collect certain items, but your little flowery friends can also help by wandering as you do, bringing you anything they can find. There is a special feature that logs your steps as you move, helping you keep track of your health, like the steps you take during the day. It’s just a simple game that anyone can use to give themselves some more motivation to get out and walk around, and is great if you’re looking for more of the best games like Pokemon Go.

Dragon Quest Walk is a fairly relaxed RPG where you walk around in the physical world while interacting with objects that will progressively appear in front of you, a classic aspect of the best games like Pokemon Go. There is some combat involved as well, which will allow you to collect experience points and money to upgrade your character. Whenever you are not in combat, you can still move along the world and interact with NPCs or take quests that will lead you to new locations. Some places on the map will let you rest there to replenish your health points and figure out where to go next, so it’s both fun and healthy since it involves a lot of walking.

And that would be all for the best games like Pokemon Go! We sincerely hope that you have found something that will keep you preoccupied while you’re going somewhere or something that just helps you get out of the house more often. If you’re still in need of some indoor games, then you could take a look at the best RPG games, or maybe the best mobile multiplayer games are more your speed?