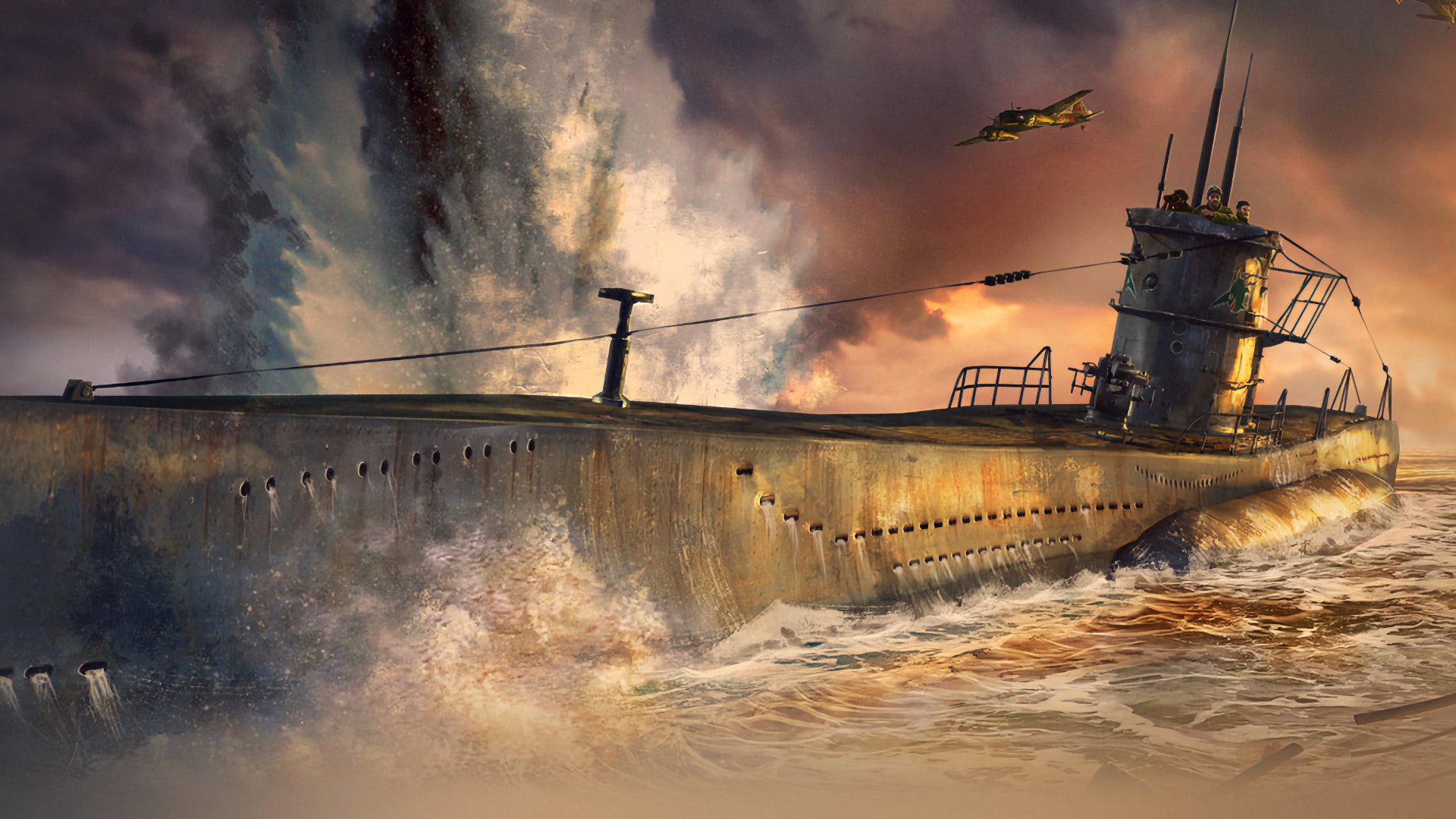 In need of a fun submarine/naval game like UBOAT. These are some of the best games like UBOAT to choose from!

UBOAT takes the concept of submarines and applies it wonderfully to video game format. In this game, you control a submarine located in a sandbox ocean where you have to manage your crew so they do not get demoralized. There are many aspects of crew management to keep in mind when you play UBOAT, and that’s one of the best things about it.

However, chances are that you are done with playing UBOAT and you’re looking for something new to do. For that, we have prepared this list of the best games like UBOAT for you to check out as you wish. These games are perfect for players who like ocean games and naval combat.

Starting off, we have a game that you might have heard of online — World of Warships. This is one of the best games like UBOAT because it captures the gameplay dynamic of a sandbox sea and management. While there are no crew management aspects, there are plenty of ships to manage and upgrade as you see fit. The combat is quite slow and paced, very fitting for large ships out at sea, and you’ll see that despite the pace, the game can get quite exciting and fun! If you end up choosing this game to try out, we recommend you take a look at some World of Warships codes. These codes have some bonus content that can help you get a head start.

This game is set at the peak of the Cold War when tensions are rising and each side is looking for a way to expand their territory and achieve progress. You are in control of a submarine and have to approach different combat scenarios that can either start more conflict with other countries or grant your side a way of getting crucial information. There are many different missions that you can approach in any way you wish. From stealth to all-out artillery, you are free to choose your approach. The high quality of the game is very apparent through its ratings, and it’s definitely one of the best games like UBOAT!

One of the best and most popular warship/submarine series out there is the Silent Hunter series. These games focus on realism and immersion above all else, so their gameplay is incredibly fun and interesting! Something that you don’t see much of in submarine games is variety since you usually only operate a single customizable submarine, but Silent Hunter III turns that around, offering you a massive selection of naval vehicles to choose from. Other than that, it’s definitely one of the best games like UBOAT and it would be a total shame if you missed out on it!

If you’re a fan of innovation in games and like building your own vehicles, you might want to check out Ultimate Admiral: Dreadnoughts. This game is similar to Sprocket in some ways since it features in-depth and detailed craft creation. You are completely free to construct any sort of warship your want as every detail is customizable and important for efficiency. We know that this game doesn’t feature as many submarines as you might be hoping for, but it’s still one of the best games like UBOAT because it captures the main idea of customization and sandbox sea battles!

And finally, the last game we have for you is great if you’re looking for carnage, destruction, and fun. You are in charge of a giant Destroyer ship that is supposed to defend your side against the Axis, all of that through whatever means you deem necessary. There are multiple modes in Destroyer: The U-Boat Hunter that you can play, one of which is a destruction simulation where you can just go ham on the enemy and destroy everything because you can. On the other hand, you also have the tactical simulation mode where you have to plan your moves a bit more slowly. Overall, it’s still one of the best games like UBOAT, without a doubt!

And this is where our journey into the best games like UBOAT ends. As you can see, some of these games aren’t exactly like the main game we’re talking about, but they still encompass the main idea of submarine combat. We sincerely hope that you are satisfied with the selection of games and that you can find a new one to love. If you’re looking for even more games, take a look at the best free PC games, best naval games, and the best tank games!