Looking to get a lot of mobs in one place? Check out the best Minecraft mob farms around! 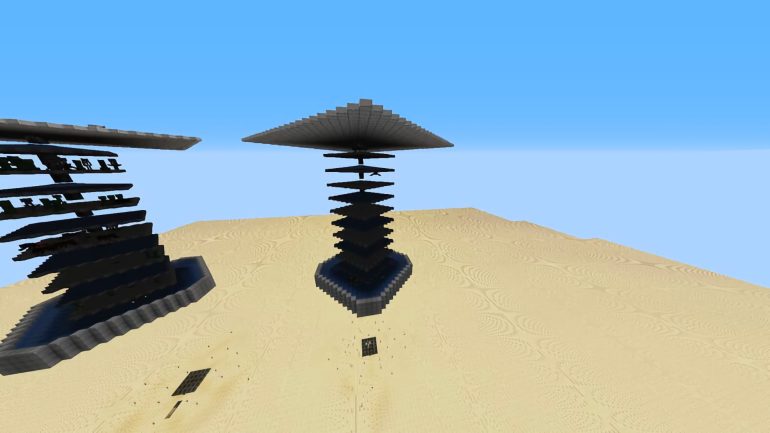 Enemies in Minecraft can be quite scary for inexperienced players because you are very ill-equipped to fight them at early levels. Some of them are simple to kill and loot, while others are very formidable, especially after the newest updates. However, at some point, you are going to be experienced enough that you stop looking at mobs as obstacles, and look at them as a source of resources.

For that, we highly recommend you look into building a mob farm. Mob farms are structures that manipulate the natural spawn rate of mobs to allow them to spawn in an area of your choosing, after which you can just kill them all at once and gather the resources and experience they provide. Here are some of the best Minecraft mob farms!

These structures are highly specific to farming and managing your world, but sometimes you just want to unwind and build some cool stuff. If you’re looking for some new builds to take on, check out the best Minecraft Nether bases and the best Minecraft village ideas!

The first farm we have for you is the Enderman farm. Endermen are some of the scariest mobs in Minecraft because you usually don’t expect to see one on your journeys, so they look very imposing and unkillable. This is true in some respect, especially for new players that don’t know how to deal with them. This mob farm utilizes gravity to have the Endermen fall directly from their spawn point to the designed platform so you can finish them off. Definitely one of the best Minecraft mob farms!

When it comes to the best Minecraft mob farms, this one is among the best for farming Gold and Gold Nuggets. Piglins were introduced in one of the more recent updates as mobs that you can trade with, but it’s much easier to just exploit them and kill them instead of going through the hassle of trading. The design of this mob farm is massive and incorporates a lot of blocks so you’re going to have your work cut out for you!

This Wither Skeleton farm is designed to go on top of the Nether, believe it or not. To get there, there are some glitches you can use, but once you get there, you just have to follow the instructions presented by the original builder, and you’ll have a ton of Coal, Skulls, and Bones for whatever you might need them. Experience points are also a massive plus with this farm since Wither Skeletons are relatively late-game enemies and yield a lot of experience!

Most players are terrified of Phantoms since you mostly don’t even know they exist when you just start playing the game. They only appear when you haven’t slept in several days, and this farm aims to take advantage of that mechanic. It’s the best Minecraft mob farm for farming Phantoms because you can simply stand in the room and they will naturally be drawn to you to execute them.

Sometimes you’re not looking to farm all of these high-level specific mobs. Maybe you just want to kill some good ol’ Skeletons, Creepers, and Zombies. If that’s the case, then this is the best mob farm for you! This farm takes a lot of Obsidian stacked into a tall tower so all of the overworld mobs spawn inside and a current of water takes them to a hole in the floor so they fall to the ground. All you have to do is stand at the base and cleave all of them down to get that sweet XP!

Now we have one of the best Minecraft mob farms that focuses on one specific enemy — The Skeleton. These enemies are great for early game players that want to get an early experience boost. The way this mob farm works is that it takes advantage of natural mob spawners in the overworld and manipulates them in a way that the Skeletons will flow down the water current you build around it. They will flow into a narrow space, stacking on top of each other. Enjoy your bones and experience!

These bombastic mobs can be the most startling of the overworld mobs, but they can drop gunpowder so they are more than worth killing. If you want huge amounts of gunpowder for making TNT, then you might want to build this mob farm. The best mob farms always have some utility surrounding specific mobs, since everything is useful. This farm design is fairly simple so you can get it done in no time!

Guardians can be quite daunting when you meet them in the water near monuments, mostly since they are a relatively new enemy with new combat mechanics so they’re quite surprising and hard to kill. To remedy this, you also have a fantastic mob farm that generates all of the Guardians you could want. The design is among the best Minecraft mob farms because it utilizes clever mechanics to net you the mobs you need!

The raiding mechanic is another recently-introduced event where you get a specific debuff that spawns different types of Illagers that attack the village you’re in. Luckily, one builder on the Internet has come up with a fantastic way of farming the Illagers so that you don’t have to go through the hassle of fighting them in the open. All you have to do is follow the blueprint and you’ll see Illagers flying to their deaths in no time!

The final farm we have for you is dedicated to getting all of the Slime you could ever hope for. The design is quite complex so you’re going to have to be quite careful as you’re building it, but once you do, you’ll see exactly why this is one of the best Minecraft mob farms out there. All of the Slime you collect with this farm is going to be more than enough for any Redstone builds you might have.

That would be all we have to say about the best Minecraft mob farms! As you can see, you have many farms here that focus on different mobs so you can simply choose what you want to farm, complete the build, and you’re golden! You might want to take a break after all that building you’re going to be doing, so we recommend you take a look at the best war games, best naval games, and the best WW2 games!