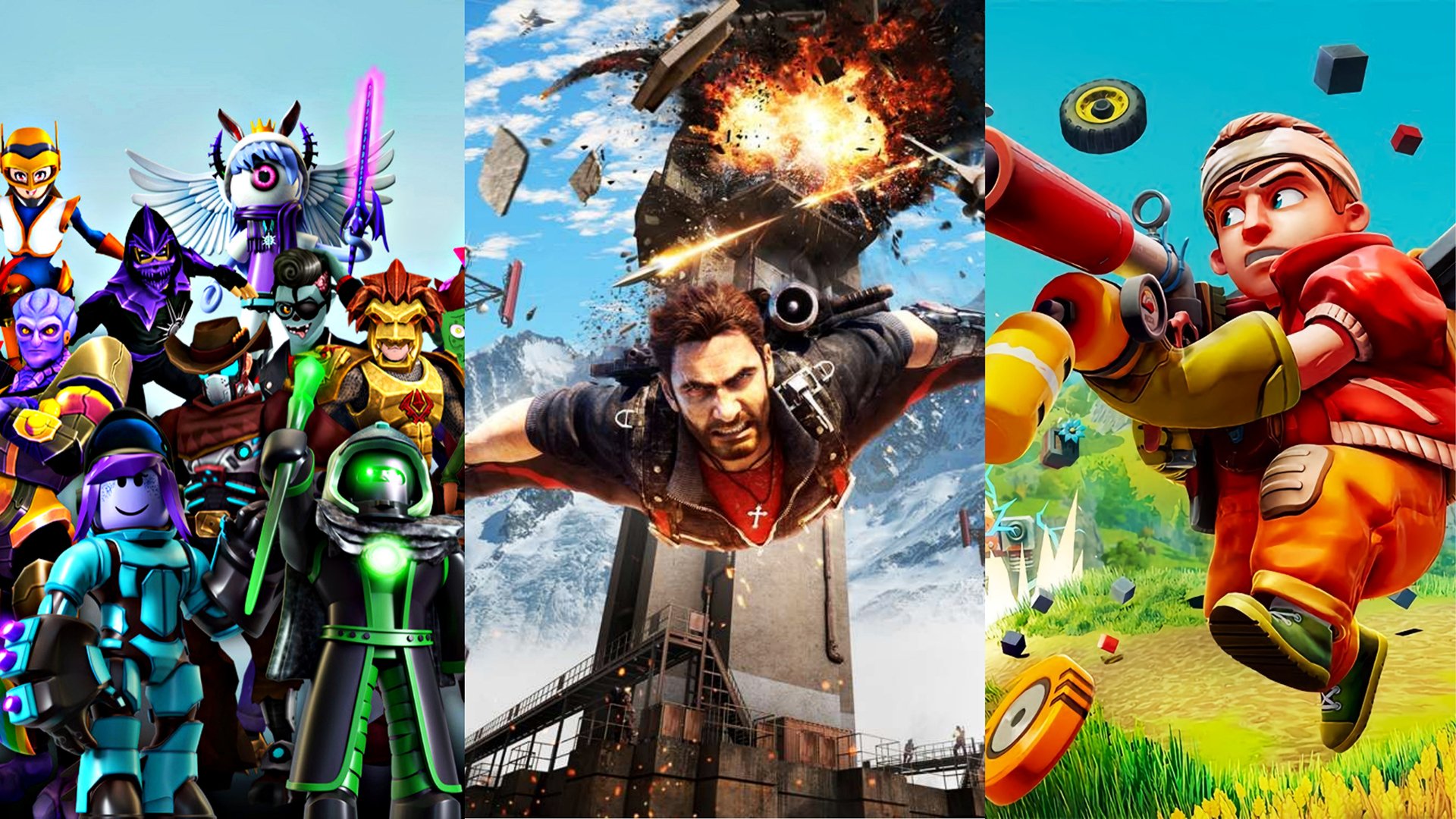 Best sandbox games to play in 2023

Sandbox games are wonderful when you want to be creative and have fun. Try these out!

Remember back when you were a kid and you used to play with mud and sand all day, bringing your vibrant imagination to light by creating fun buildings and scenarios? Well, it’s possible to re-live those memories by playing video games! Isn’t that neat?

We’ve created this list of the best sandbox games where you can do anything you set your mind to. They are creative, complex, immersive, and a blast to play for hours on end. You basically have total creative freedom to do what you want, something other game genres do not allow you to do.

We sincerely hope that you find the right game for you and that the one you select will live up to all of your expectations. If you still want more games after you’re done with these, then by all means take a look at the best war games. If you’re not a fan of war games in particular, then the best free PC games are sure to have something for you!

As one of the best sandbox games on the Internet at the moment, Roblox is teeming with new ideas and concepts that you can explore. It’s a sandbox game where players create their own unique games that everyone can take part in and enjoy. They range in theme from simple obstacle courses to complex recreations of AAA titles, so you can imagine how immersive they can get. While the target demographic of Roblox is primarily children, you can find people of all walks of life that want to have a simple, yet fun experience designing and playing the game.

Here we have a game where the emphasis lies in doing insane things just cause it’s fun. While there is an actual storyline to complete, most players forgo that in favor of doing random crazy things to see what the limits are, which is exactly what you want to do in the best sandbox games. Want to strap jet engines to a cow’s ass and see it fly into a building while you’re attached to its foot by a grappling hook? Why not? The map is massive and it allows the player to do a lot of exploration and employ a large number of their tools to see what they can do. The story you can follow is also fun, and it pushes you into doing creative things to complete it in a very flashy way. If you get tired of the randomness of the game, there are always the interesting challenge modes that give you a clear goal, such as Destruction Frenzy where you have to destroy as many things as possible.

From a single cell, deciding how their DNA evolves and merges into the rest of the organism, leading to mutations and specific evolutions over time. After you create the base model, you can then release it into the world to see how it fares against the elements, other creatures, and how it can evolve through the various stages of life. Spore is one of those games that is not for everyone, but it’s still one of the best sandbox games. The end goal is to be a proud parent, watching as your little creation grows up and eventually gets to the level of sentience and intelligence required to achieve space travel. Spore is a fantastic game that lets you recreate civilization in its most primal form, and allows you to mold life as you see fit.

Minecraft, in its essence, is a survival game, but you’re not limited to playing the survival mode if you don’t want to. If that’s the case, then you’re looking at one of the best sandbox games. The developers also included Creative mode, where the world stays the same, but you get the ability to use an unlimited number of blocks to build whatever you want. This is done by giving you an inventory where you can sort the block by their categories and pick what you want. Oh, you can also fly in this mode by double-tapping the Space key. The freedom to do anything you want in creative mode is very refreshing after you’ve played the survival mode. As you might imagine, since Minecraft is a relatively old game, players have come up with fantastic things to do over the years, from making games to building incredibly complex structures out of blocks. This creativity also extends to multiplayer, where you can find servers that feature Creative mode games and other interesting things.

You can imagine Terraria as a 2D version of Minecraft. Of course, that’s not all it is since there are a lot of features that are wholly unique to Terraria. In this game, you start in a world that is procedurally generated to create a new experience every time you start a new game. The gameplay is centered around exploration and using natural resources to build structures and make weapons/tools for yourself, a very common trait in the best sandbox games. You’re free to explore any part of the world, including the depths of it by mining. Be careful, however, since the game features many different enemies that are much more plentiful at night, and there are many bosses you can encounter either in random locations in the world or if you meet special conditions for the boss to spawn. As you can see, the game is packed with content and fun things to explore, so why not join in on the fun?

Sprocket is a war game that gives you the goal of designing and building your own tank. The customization options are vast, as you can change up any part of the machine, from the hull to the exhaust system. You have the complete freedom to mold your tank according to your wishes, and what makes it even more fun is the fact that the final look of your tank is very similar to the historical ones that were used before. Once you figure out the ins and outs of your tank, you can take it for a spin to test its capabilities. If you notice that any part of it is lacking, you can simply take it back to the shop and tweak it bit by bit. Sprocket is one of the best sandbox games that lets your imagination run wild while wreaking havoc everywhere you go!

This game is fairly similar to Sprocket, except the main focus is on building a rocket! Here, you’re given a space program run by these little dudes named Kerbals. They assist you by building the parts of the rocket you select, and they take part in the missions themselves, acting as pilots. You can change any part of the rocket, but you have to pay attention that each thing you change does not disrupt the balance of the rocket, which can lead to your Kerbals crashing to a fiery doom. Once you do figure out how to balance everything properly, you can launch the rocket and do whatever the mission tells you to. This might be a rescue mission to save other Kerbals stuck somewhere, or it might be to land your rocket on a specific planet. No matter the mission, Kerbal Space Program is one of the best sandbox games if you want to explore the cosmos with your goofy friends.

Garry’s Mod is one of the best sandbox games, mainly because it defined the genre in a way, giving the player the freedom to do anything without being tied to any set objective. You can run around the world and spawn in different items and do whatever you want with them. Some even have ragdoll effects so you can see how the physics works with the scenario you had in mind. Playing this game alone can be a bit boring when you’ve done most of the things the developers intended, and at that point, it’s time to check out the community content. You’ve probably heard of Trouble in Terrorist Town and Prop Hunt. Well, those games are direct creations of the community and offer hours of fun for you and your friends!

Here we have a game that gets a lot of praise for its complexity and combat realism. It’s set in 2030 when war tensions are rising and you are part of a military platoon that has to carry out different missions across the rich campaign. Once you get into the game, you’ll find that the gameplay is fantastic and immersive, offering you a great experience through and through. However, the real fun comes once you take a look at the community content. Since Arma 3 is such a popular game, it has achieved one of the most populated modding communities ever. At the time of writing, the game has over 90,000 mods (yes, you read that right), all of which add a lot of content such as new vehicles, new missions, items, and much, much more. There is a lot to discover in Arma 3, and it would do you well to check it out and see why it’s one of the best sandbox games!

Scrap Mechanic is a great game where you start at the place where a spaceship fell to the earth. Using your surroundings and resources, you can craft various parts to use in building a car, which you have to use to explore the world. Exploring yields new locations, all of which can help you progress further by giving you different crafting options and upgrades. The upgrade mechanics are impressive and take some ideas from the other best sandbox games. Once you establish a base, you will encounter hostile enemies that you need to take out so you can continue as usual. There is also a creative mode in the game that gives you unlimited resources to use in building, so you can really let your mind fly and see what it comes up with! Likewise, there is also the challenge mode, where you have to pass levels of varying difficulty with limited materials.

There you go! All of the best sandbox games you can dream of in one list. We always try to include as much variety as possible when listing games, so you can see that you have games ranging from combat games where war takes precedent to simple, creative games where you get the chance to test what your capabilities are. If you’ve found this informative, then check out some of our other articles like best gacha games and best RPG games! 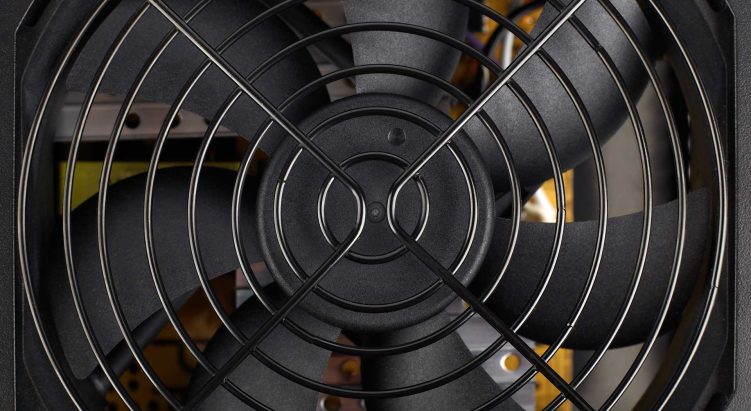