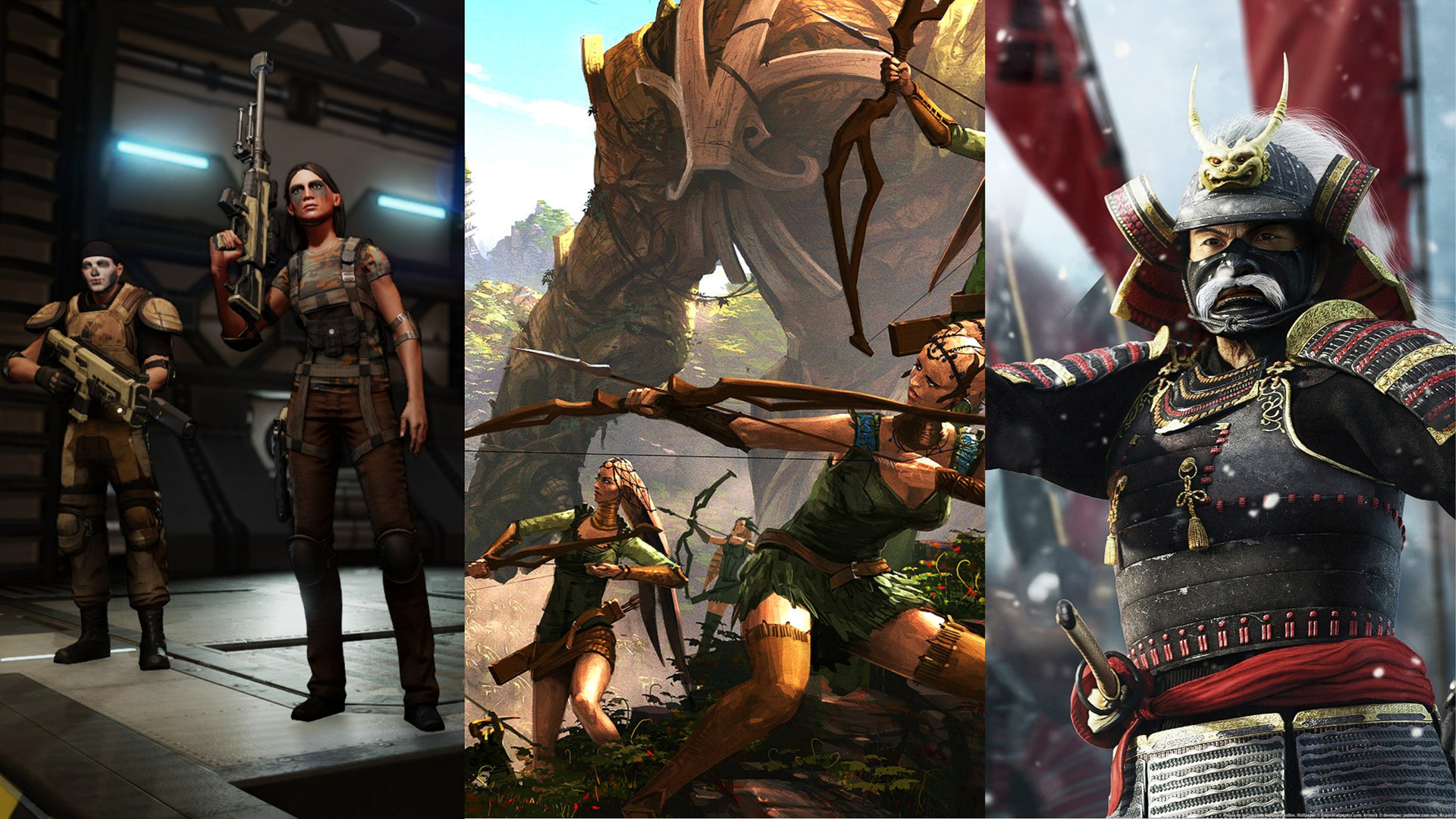 There's never a dull moment in turn-based strategy games. Take a look at these!

Turn-based strategy games evolved from way back in the day when you would play board games, and everyone would take their turn one after the other. These games have the same premise, but they are transferred to your screen so you can enjoy complex stories portrayed with excellent graphics and innovative controls.

Today we’re going to give you an overview of some of the best turn-based strategy games on the market. They cover a very wide range of topics from Sci-Fi adventures to civilization-building epics.

We sincerely hope you find what you’re looking for and that whichever game you choose turns out to be your favorite of the genre. If you’re ever looking for other games to enjoy, consider checking out our other articles like the best free PC games and the best RPG games!

XCOM 2 is set in a world where humanity has been overrun by an oppressive alien force, and you are tasked with managing a military rebel organization, completing various missions that usually involve you killing groups of enemies that are strewn about the map. Some of the missions have the added difficulty of being timed, so you have to complete them in the fewest number of turns possible. In terms of combat, gameplay, and content, XCOM 2 is extremely rich and dense, offering a great experience that is thoroughly unforgettable. The developers of the game have a penchant for listening to community feedback, adding features that the community suggests, such as procedural generation and the ability to add mods to the game. This is crucial in making sure that XCOM 2 can keep its place among the best turn-based strategy games.

This game is perfect for anyone who likes high fantasy and strategy since it’s set in a fantasy world where your goal is to establish and maintain a powerful empire through various means, very similar to how the Civilization series functions. The best turn-based strategy games thrive in these settings. Players have the option of choosing one of 14 factions. Each faction has benefits that make it worth picking up, and they are modeled after certain fantasy tropes like dragon clans, undead, necromancers, etc. With your faction of choice, you’re free to conduct research concerning a wide variety of fields, such as military, economy, diplomacy, and much more. This research, coupled with utilizing all of the units under your control will lead to you creating a flourishing, yet strong empire worthy of praise.

Shogun is set in the chaotic world of feudal Japan where clans are in a constant state of war and conflict. You can choose one of the many clans in the game to take control of, each with its benefits and special units that can give you that much-needed edge in battle. The game has a nice blend of turn-based gameplay and real-time strategy, where you can approach combat in new and unique ways. Something that is quite enjoyable when it comes to the gameplay of Shogun 2 is the generals of your armies. They are not normal footsoldiers but possess great abilities and combat capabilities that make them stand out from everyone else. They are exceptionally powerful and their place in the army is very valuable. Shogun 2 is a complete experience that every fan of the best turn-based strategy games should try out at some point!

As always, Sci-Fi games are excellent vehicles for delivering the best turn-based strategy games, and Stellaris is a perfect example of that. In this game, you take control of a budding space empire that has just started developing. There are endless possibilities when it comes to managing your empire since you can conduct research in various areas that will give you new development opportunities. Like other turn-based strategy games, you also have full control over the consciousness of the inhabitants of your empire, where you can choose the ethics system and on the same hand, diplomacy. Stellaris is a game that you can play for hours and still discover new things.

Here we have another one of the best turn-based strategy games set in a fantasy world. In Wildermyth, you can control various characters of different backgrounds and different skillsets, following their story as they evolve during play. You follow the story of your heroes from the very start of their adventure to their prime, as well as their old age. The storytelling element is extremely important in this game, and because of this, you have to make difficult decisions along the way, most of which will have a large impact on further progression. There is also a large deal of replayability because the maps you play on are procedurally generated with each new playthrough, giving you a fresh experience every time!

This game has a phenomenal art style that creates a distinct difference between it and other games with the same theme. Darkest Dungeon is a roguelike game that tosses all of the classic, whimsical tropes of adventure aside and instead, focuses on the fark realities of dungeon crawling. Instead of optimistic warriors, wise mages, and jolly bards, you control a party of tortured individuals that do not want to be there and have the same problems ordinary people face, such as anxiety, stress, and more. It’s presented in a 2D perspective, where your party members are laid out on one side of the screen, and the threat of the level is on the other side. Each party member takes a turn to use an ability or another combat action, and the same applies to the enemies. From here, all you have to do is strategically use your actions to secure victory. Even if you do win a battle, other things can hinder your party, such as paranoia and anxiety, decreasing their focus and combat efficiency. If you want a dark, gritty experience with one of the best turn-based strategy games, Darkest Dungeon is a very safe bet!

If you’re a fan of history games, this one should appeal to you greatly. It’s a perfect blend of history and everything the best turn-based strategy games have to offer. In Europa Universalis IV, you assume the role of a commander of a European nation of your choosing, intending to manage it in a way that will allow it to become a global force capable of withstanding any assault. To achieve this goal, you have to expand the various branches of your empire, including economy, military, trade, and diplomacy. Diplomacy is especially important because you have to establish strong alliances with neighboring states so even if you are attacked by other forces, you have supporters to back you up. There is a myriad of other features the game has, and you can explore all of them as soon as you start playing!

Into the Breach is a small, but fantastic game that is set in a world where an alien force has laid siege to it, capturing the capitals and seizing humanity for their own use. The only hope humanity has are the mechs, powerful machines piloted by soldiers that can be used to tactically destroy the alien for good. With a story like this, you might expect next-gen graphics and features out the wazoo, but that is not the case. The story is divided into scenarios comprised of small, 8×8 islands where your mech can be placed, as well as the enemies. Utilizing the abilities and combat capabilities of your mech, your goal is to knock the aliens off of the island. Completing this goal will let you proceed to the next scenario. Once you get into it, Into the Breach can be quite addictive, which is a great thing if you’re looking for the best turn-based strategy games!

As one of the most popular fantasy game series, you can expect Heroes of Might and Magic V to pack a great deal of content that is both fun and addictive. In this game, you take control of a single Hero from any of the available factions, and you go on a journey through the story. Encountering and defeating enemies will net you XP, which can give you levels and improve your skills. You have different skills depending on your race, and these are called racial skills that are unique to races. Other skills can also be equipped which range in potency from Basic to Ultimate, so you can switch these out as you wish. No matter how you approach the game, you’re always going to have a ton of fun, as it is highly deserving of its spot among the best turn-based strategy games!

Pirates? Robots? Pirate robots? Yes! SteamWorld Heist is a game where you control a crew of space robot pirates on their plundering journey across many ships. You should always look for this amount of creativity and personality in the best turn-based strategy games. Each character you play has a great deal of personality and livability, making the whole experience a lot more enjoyable. The gameplay is set on a single ship with many rooms populated by different enemies. Your goal is to go room to room and clear everyone out by shooting them. What makes this part interesting is the fact that your bullets can bounce on walls, opening the possibility of crazy skill shots. The campaign can easily be played for 20+ hours, not including the New Game+ feature that gives you even more content.

And there you have it! The best turn-based strategy games are sure to keep you occupied for hours since every one of them can be approached from multiple angles, adding to the immersion. If you’re still not satisfied, you can always check out something like best gacha games or best mobile multiplayer games!