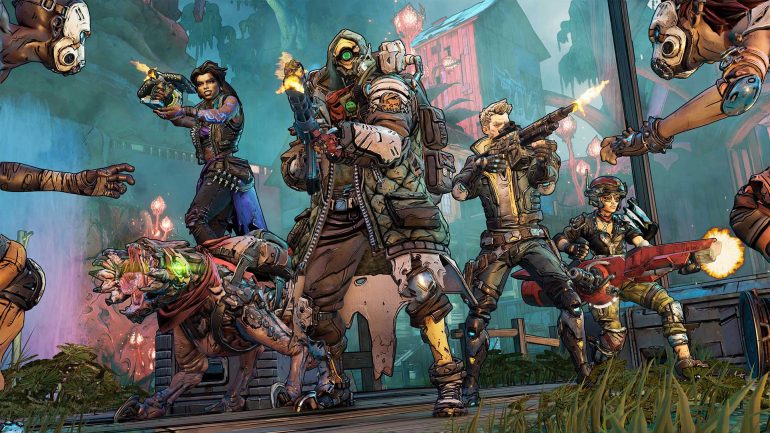 Gearbox has stated that in the first Borderlands game in the series, there are over 17,750,000 unique weapon variations. The developers at Gearbox Software used a certain process called “procedural generation” to generate different weapon outcomes, such as their firing rate, elemental damage, attachments, damage modifiers, damage-per-second (DPS), etc. Each weapon has a different style and could introduce unique mechanics, allowing players that aren’t used to using, for example, pistols, in other games still utilize that type of weapon in Borderlands.

Let’s discuss what type of weapons you can discover in Borderlands 3:

Weapon types and their proficiency

Throughout the whole Borderlands series, there are eight types of weapons you can discover:

Weapons found in the wild, bought, or awarded have different rarities. Rarities are color-coded like Blizzard’s Diablo. Rarities starting from the lowest to highest are:

Now we got the main points of weapon types and their classifications. We are going to explain everything about Legendary weapons scattered around the Borderlands 3 world.

What are Legendary weapons?

Legendary weapons are rare weapons with orange color-coded text. What’s unique about Legendary weapons is that they can be found anywhere and at any time, but you can always resort to using a save editor. Each manufacturer has one legendary weapon for each weapon type. What makes these weapons so strong is because they can add the elemental effects without suffering any damage ratings (it could rather be an increase instead), unlike other rarities’ elemental effects that could reduce damage up to 40%.

Here is a list of all of the Legendary weapons that can be discovered in Borderlands 3:

How to use Borderlands 2 Gibbed codes