What ammo to use in World of Warships

Learn the differences in shell types an how to use them. 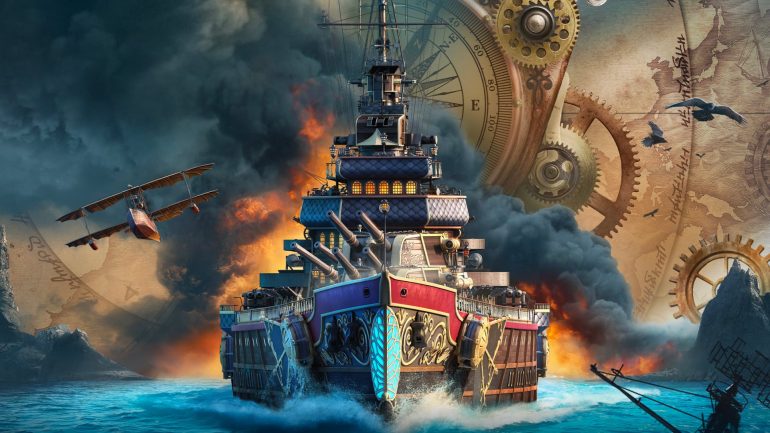 One of the things that separates a newer player from a veteran is their knowledge of the different shell types. A veteran player knows when to swap their HE shells for AP, or when not to fire at all. In this section, we’ll catch you up on the basics.

There are three primary shell types that you can load into your main batteries: Armor-Piercing (or AP), High-explosive (or HE), and Semi-armor-piercing (or SAP). A shell is made up of a casing, an explosive charge, and a fuse; the three ammo types are differentiated by the makeup of those three components.

An AP shell has a sharp-pointed, high-density casing. The penetrator at its tip is ultra-thick, which leaves less room for explosives. The fuse is designed to explode shortly after penetration; this gives the shell time to break through armor before dealing bursting. AP shells are the least explosive of the three ammo types, but they have the most penetrating power.

AP shells are best used in situations where you’re sure of a direct hit to a vital module. They can be absolutely devastating in the hands of someone who knows the inner layouts of their target ship.

HE shells sacrifice penetration power for sheer explosive damage. They’re fused to blast on impact in an explosion of flame and fragments. HE shells also have a chance to set modules ablaze.

It’s important to know a ship’s weak points to get the most out of your shots, as HE shells can do massive damage when fired at the right part of a ship. You want to shoot at thinly armored section of a ship, possibly nearby vital ship modules.

HE shells have poor penetration but incredible explosive power. AP shells punch through armor but lack in explosion damage. Semi-armor-piercing shells offer a bit of both, sitting right in the middle in explosive power and penetration. Just like AP shells, SAP ammo explodes after a slight delay.

SAP shells are situational and require a deep knowledge of armor thicknesses on different parts of a ship. It’s the ammo type for min-maxers who want to get the most damage. crucially, SAP shells do not lose penetration over distance. This makes them a great “fire and forget” option.

Best ammo for each ship type

With the largest caliber guns in the game, these seaworthy leviathans pack a major punch. High-caliber guns have excellent penetration ability, so you have to be careful when loading AP shells, as you run the risk of overpenetration (i.e., penetration is so high that it cuts right through a ship and into the water, instead of exploding inside of the ship).

Cruisers offer a good balance of armor and speed, with thicker hulls than Destroyers and more agility than your typical Battleship. Most Cruisers come with both HE and AP rounds.

Destroyers have tiny guns compared to Cruisers and Battleships, so torpedoes are your main means of dealing damage. They do, however, deal incredible damage over time with their HE shells.

Use your Destroyer’s speed to get flank an enemy Cruiser or Destroyer, then use your HE shells to wreak havoc on their internals. If you hit the right spot, your round will explode right where the key modules are, setting everything ablaze.

As you’ve learned, it’s not that hard to understand which type of ammo to use in World of Warships. The difficulty lies in applying that theory in battle. Keep the tips in this guide in mind over the course of your next few rounds, and you’ll find yourself subconsciously swapping between ammo in no time!