Amazon Coins for Hearthstone: Save money getting card packs 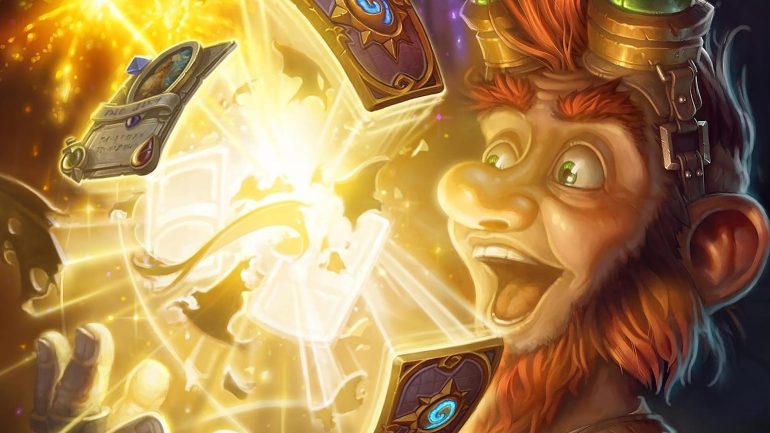 If you’re a Hearthstone fan, you know that staying up-to-date on all the new expansions and card releases can get pretty costly. If you’re a diehard fan looking to stay competitive without completely breaking the bank, you can save a bit of money with Amazon Coins.

What are Amazon Coins?

Delivery and distribution company Amazon has had its own digital currency since 2013. Known as Amazon Coins, they’re sold for a cent each, though you can purchase them in bundles for a discount.

How to buy Hearthstone packs with Amazon Coins

Amazon Coins are often the cheapest way to buy Hearthstone packs, but the process for buying Coins and purchasing card packs with them isn’t as straightforward as it probably should be.

Before you jump into the Google Play Store on your phone to download the Amazon Appstore, you should know that it’s not available there. It’s only available as an unsigned app from the Amazon website. Once downloaded, you’ll have to hop into your phone’s settings and allow apps from Unknown Sources before you can install it.

What to do if you don’t have an Android device

Unfortunately for Hearthstone fans who primarily game on their iPhones or iPads, the Amazon Appstore isn’t available on iOS. It’s only available on Android. This is likely a business decision considering Amazon produces and sells its own Android-based Kindle device. While direct purchases through your iOS device are off the table, there are workarounds that allow you to buy Hearthstone packs with your Amazon Coins.

If you’ve got a buddy with an Android phone you can borrow for a few minutes, this is the easiest way to purchase cards with Amazon Coins. You’ll still have to download the Amazon Appstore, then download the special Amazon version of Hearthstone. After that, link your Amazon account to the Hearthstone app and you’re set!

Use an Android emulator

You can access the Android Amazon Appstore from your PC or laptop with an Android emulator, like BlueStacks or NoxPlayer.

If you plan on doing any serious mobile gaming from your PC, you’ll need a fairly modern PC rig to enjoy Hearthstone at a decent framerate. But if you’re just in it for the Amazon Coins, both BlueStacks and NoxPlayer only require a minimum of 2GB of RAM.

Install your emulator of choice then go through the standard installation process for the Amazon Appstore. Link your Amazon version of Hearthstone to your Amazon account and you’re ready to start buying packs with your Amazon Coins!

How many Amazon Coins do you need for Hearthstone packs?

Although you can only purchase Amazon Coins through the Amazon Appstore, purchasing Hearthstone card packs is a whole lot cheaper this way. The first thing you notice from buying cards through the Blizzard app is that for 40 card packs, it costs $50. Now that is a lot of money. But what if you used Amazon Coins? It costs 5,000 Amazon Coins ($42.50) to purchase 40 card packs ($1.06 per pack), which means you would save 15%. Don’t you think that’s a lot?

Although it varies from region to region, we will explain using the USD to simplify things. Generally, one Amazon Coin is one cent. Now that calculation sounds like it is the same for the Hearthstone in-app currency pricing. Well, the next prices are interesting.

Here is the list of Amazon Coin prices straight from Amazon:

Roblox ping — how to lower ping in Roblox

What are my chances of getting rare or better cards?

Through the years, gamers and fans have been speculating and analyzing their outcomes from purchasing card packs. Their research found out that all card pack types have the same stakes at golden and rarity cards. According to data from Marinconz (2014), Kjellgren (2014), HearthSim (2015), and Amaz (2015), their number produced that from the 27,868 card packs sample size, there are 13,340 cards in total.

Below is the total percentage, count per 27,868 card packs, and the probability of at least 1 per pack:

According to Blizzard Entertainment, the official drop rates for Rare, Epic, and Legendary cards are:

Are there any limitations to using Amazon Coins?

Another downside of purchasing Amazon Coins is that you can’t convert your Coins back to cash. Due to the heavily discounted prices for Amazon Coins, if someone were to withdraw their Coins according to the base price (one cent per coin) then someone would abuse the system and purchase 50,000 Coins for $400 and resell it for the base price of $500.