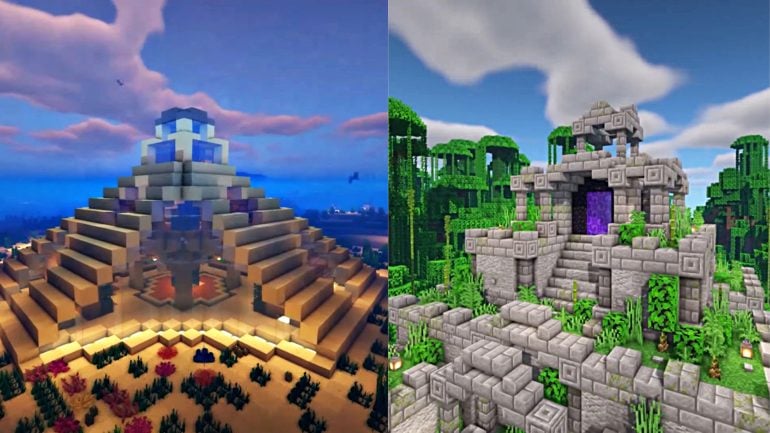 We absolutely love everything when it comes to Minecraft building and general design, mainly because the potential you have is nigh-infinite. The Minecraft community has come up with its fair share of creative builds surrounding many different types of architecture, from all around the world. The type we’re going to be talking about today is temple builds!

To help you improve any royal builds you might have, we have prepared this list of the best Minecraft temple builds. These designs are very unique and have their own take on the general design, so there is something for everyone.

Building is one of the most important parts of Minecraft, and building a solid base is something you should do if you want to complete the game. If you’re looking for some fresh design ideas, we recommend you take a look at the best Minecraft wall designs and the best Minecraft floor designs!

The ancient Greeks were famous for constructing some of the most breathtaking temples in human history, and this design was intended to replicate that. The construction is white and includes a ton of details on top of being massive, so if you’re planning your next build to be huge, this one is for you. A good deal of the temple is made of quartz with some choice blocks for accent colors.

The next temple build we have for you is a massive underwater pyramid temple. Underwater bases are notorious for being quite difficult to build since you have to build under the surface and constantly risk drowning, but the entire process of building this specific base is quite simple even though it takes an incredible amount of blocks. Once you have it done, you’re going to be toting one of the best Minecraft temple builds around!

Here we have another Greek temple that is much simpler compared to the previous one on the list. Where the last one is open and spacious, this one is actually enclosed since the main attractive part of it is its outside, which features a very nice-looking roof and pillars underneath it, so it looks both sturdy and interesting. We highly recommend this temple build if you’re looking for something grandiose and epic!

Moving on, we have a temple that is meant to be built in the lush greenery of the jungle. The design is made of Mossy Stone Bricks and Stone Bricks and reminds us of an Aztec temple. Inside, you are free to customize it as much as you want, whether you want to make it cozy and homely, or full of traps and whatnot, it is all up to you. One of the reasons this is one of the best Minecraft temple builds is that the temple was actually meant for two players! So if you’re looking for a fun build to take on with a friend, look no further.

Now we come to a temple that is relatively simple and also meant to be built in a jungle. The design is covered in vines and other greenery so it blends into the environment of the jungle more easily. Something that you’ll notice about this design is that the outside of it looks much different from your classic designs, but that’s another thing that we love about it. We recommend hollowing it out once you’re done with it and expanding your base to the cavers below!

This temple is very good when you want to add it to a space where there is a lot of water because the general design is very modern and sleek. It has three floors where you can store all of your goodies and make a home in some rooms, so it both looks awesome and is functional. Placing this temple near a waterfall or a large body of water is the best application for it.

Asian countries are always popular for their beautiful architecture and brilliant temples, and this one takes inspiration from that. This temple is excellent when you place it on an elevated bit of land since some stairs lead up to it. Once you get it done and you see it from a distance, you’ll understand exactly why it’s one of the best Minecraft temple builds!

Since we’re talking about the best temples for different biomes, now we come to the desert! This desert temple will fit into any build that is situated in the desert and near any desert village. It is very colorful and looks fantastic because it is very spacious, enough for multiple people, if you’re playing with someone else. The general design is very unique, which is something we look for in the best Minecraft temple builds!

The stone temple is a colossal piece of work that is breathtaking once you finish it. The entirety of the temple is made of stone and it looks very imposing, almost as if it would be the place a mythical quest ends. Because of the massive scale of this temple, we highly recommend you take full advantage of the space it provides and make a fortress out of it!

The final temple we have for you is very similar to the easter temple we’ve already talked about, but it has a special twist to it. The entirety of the temple is made from blocks that you find in the Nether, so if you plan on building this temple in your survival world, you’re going to have your work cut out for you! No matter which path you choose to this temple, it is an incredibly rewarding experience!

That’s all we have to say about the best Minecraft temple builds! We love this architectural dynamic and all of the temples we’ve listed, and we sincerely hope you’ve found what you were looking for. If you’re ever looking for new games to play, we recommend you take a look at the best war games, best horse games, and the best naval games! 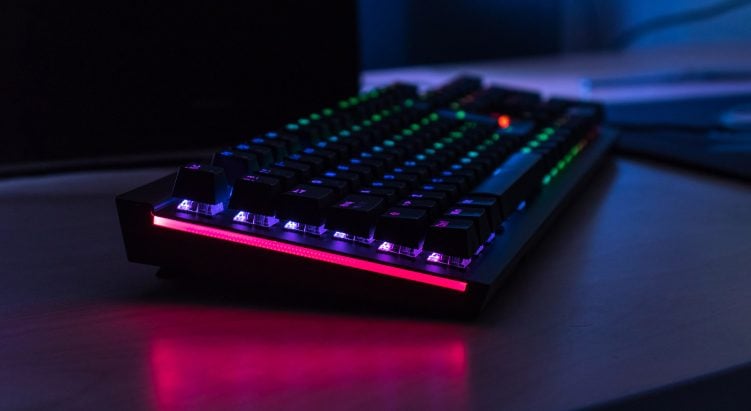