How to play Mad City — become a pro and win

With our Mad City guide, whether you're a hero, the police or a prisoner, you're bound to win! 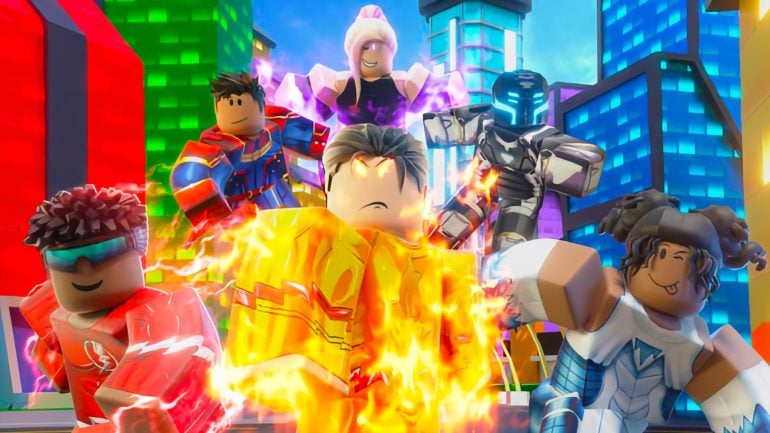 Mad City is an open-world action game by developer Schwifty Studios, created on the 3rd of December 2017 for user-generated game platform Roblox. It quickly gathered attention, reaching the Roblox front page on the 28th of January 2019 where it has sat ever since. To date, the game has garnered more than 1.6 billion visits – becoming the 13th game to surpass one billion on the 4th of April 2020.

In a classic game of good v bad, Players have to choose between the three teams available in the game: Heroes, Police, or Prisoners. No matter what choice you make, you’re in for the time of your life. The game is a genuine pleasure to play and is an awesome take on an age-old concept but the grind in the game can be grueling, especially for newbies starting out. So, our Mad City guide will help those looking for some extra help and support to become the very best.

As we mentioned before, gamers can play as one of three roles: Heroes, police or prisoners.

The Police are the law-keepers, and as such their main role is to arrest guilty prisoners and capture escaped criminals. They spawn primarily inside the police station so they can attempt to maintain order there. They are given 3 items off-the-bat: a starter Pistol, a Taser and a set of Handcuffs. On the other hand, you could spawn as a Prisoner. They enter the open world in the prison, locked temporarily inside their prison cell. The only goal of the Prisoner class is to escape the prison where they will be promoted to Criminals. Escaping the prison isn’t always such an easy task.

However, Police and Criminals aren’t the only two classes in-game. Law-minded players can also choose to join the Heroes team. Heroes are similar to the police except that instead of arresting criminals, Heroes have to kill them and send them back to prison. Best of all, Heroes are endowed with superhuman abilities to help them eradicate the criminal class. When Heroes are killed, they have a chance to drop a ‘power crystal’ which contains their prior ability. If a Criminal were to pick it up, they become a Villain. Villains are essentially uber-powerful Criminals, endowed with the same superpowers as the Hero whose ‘power crystal’ has dropped.

But to really catch criminals, or steal as much money as possible, you’ll probably need a sweet ride to get around with – in other words, a car. In-game, cars are used as a form of transportation and a form of status symbol. When they first appear, cars will have the default texture, but these can be modified and decorated at the garage. There are many types of car in-game. They range from the Camaro, which is free and the slowest car in the game & the $100,000 Vapid to the $500,000 Inferno & the Stetsnaz Van, which can also be accessed with the SWAT player pass. There are also many different kinds of vehicles, 66 different vehicles in fact. There are 55 land vehicles, 3 water vehicles and 13 aerial vehicles. Players can spawn their vehicles anywhere, although attempting to enter and drive an unowned vehicle will prompt the player to see a purchase menu if it is for sale.

The main tip and trick to becoming a Pro in Mad City is to redeem all the codes whenever they are released as early in the game as you can. This will help you get on the ladder immediately and begin to stand out in the crowd as soon as possible. If you haven’t checked out our Mad City codes article, now would be a great time to check out. Here’s how you can use the freebies to your advantage:

Vehicle customization is a huge part of playing Mad City and is one of the primary ways to make yourself stand out from others around you. Players can get as superficial or in-depth as they’d like with vehicle customization. Options range from skins, rims, spoilers, fins and extensions.

Roblox premium — how to get premium on Roblox

There are a couple of ways to upgrade your vehicles with new skins. The main method is to spend 100 Robux, Roblox’s cross-game currency which can be acquired with real-world money. Simply open up your phone in-game and look for the Shop icon, where you can purchase the ability to customize your vehicles with various skins anywhere in the game – known as the Mobile Customisation game pass. There are a couple of downsides to this, though: the main one being that you shouldn’t have to spend real-life money to look awesome as you drive around Mad City!

Instead, try this out to upgrade your land vehicles. Simply redeem the code and head over to the wrench icon on the map. This will bring you to the mechanic, and you will be able to apply any skin you already own here. It’s a little known trick to get around the 100 Robux charge, but obviously limits severely your customisation options to what is available via promo codes and your customisation ability to whenever you’re near a mechanic. If you’re looking to upgrade your sea or aerial vehicles, be sure to head to the boatyard or the helipad on top of the garages.

There have also been promo codes active in the past which give players cold-hard cash. Cash (symbolised as $) is the main currency in Mad City and can be used to purchase pretty much everything: vehicles, skins, customisation options, weapons and weapon customisation skills. There are three main ways to acquire money. Money can be earned in-game through completing various facts. Police officers can earn money for capturing or murdering criminals, raiding nightclubs or other criminal enterprises. The police also earn a salary every set period simply for playing the game, receiving $2000 every in-game day at 6:10pm. Similarly, criminals can earn money for completing a robbery or killing a police officer for hero. Secondly, cash can be purchased through the Shop section in your phone for Robux (or, in other words, real world money.)

That’s all, folks! Everything you need to know to become a pro at Mad City. If you liked this guide, check out similar guides that we’ve come up with for other Roblox games: Blox Fruits guide, Vehicle Simulator guide, God Simulator 2 guide. With all this information, you’ll be topping the leaderboards left, right and center.