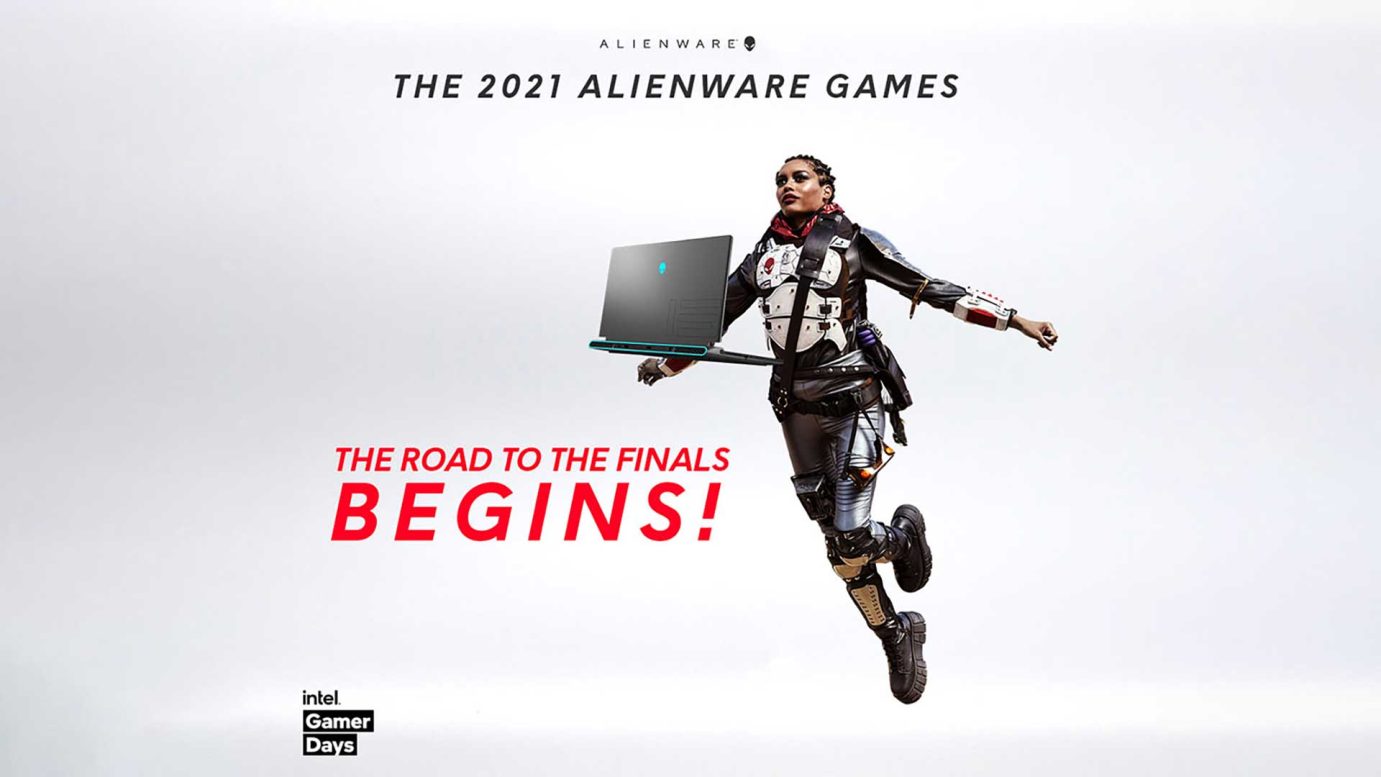 Alienware, Overwolf, & Playwire launch the 2021 Alienware Games with over $400,000 in prizes for gamers

Getting into eSports can be a considerable undertaking that asks for mountains of commitment, lots of time, some luck, and gargantuan amounts of skill. But what if we told you that you could jumpstart your eSports career from the comfort of your chair, without joining any clans, building a prominent Twitch channel, or doing nothing other than playing your favorite multiplayer games, on your PC? This is what the Alienware Games are all about; offering everyone (as long as they’re US residents, sorry rest of the World) a chance to compete in a major eSports event from the comfort of their room, using their rig, and not having to jump through many hoops this kind of events usually requires.

2021 Alienware Games offer anyone chance to enter world of esports

As we already mentioned, the only requirement potential participants need to fulfill in order to participate in the 2021 Alienware Games is to live in the US. Oh, and you also have to play one, or all, of the four titles featured in the competition:

The best part is that you don’t need to rake in a ton of kills or win every match to climb to the top. The competition revolves around completing specific in-game achievements by simply playing your favorite game. One achievement might include getting a single kill or snagging an assist. In general, these achievements aren’t designed to exclusively reward people who excel at flatlining their opponents or who have the best teammates; the goal is to offer a broad collection of achievements, giving everyone a fighting chance.

So, all you have to do is play the game, check out the list of achievements, and try snagging as many as possible each day of the competition. The cherry on the cake is that knocking off achievements not only awards points for the competition; it also rewards you with in-game currency of the game you’re playing! In other words, you can reap in-game rewards just by participating in the Alienware Games. And you participate just by playing one of the four included games. Neat, right?

This year’s Alienware Games will commence on August 27. Qualifiers take place over six weeks, each week (starting on Friday and ending on Thursday) having its own leaderboard for each of the four games. To climb the weekly leaderboard(s) – you can participate in more than one competition by completing In-Game achievements. And if you end up on the top spot, you will qualify for the Semi-Finals. During the 6th week, the wild card feature provides the top three ranked players for each game the chance to proceed to the semi-finals. That’s 32 spots in total, eight for each game. Even professional athletes, popular gaming influencers, and celebrities will be joining in for the challenges.

Instead of just competing in the game they played during the qualifiers, semi-finalists – as well as players who reach the finals – will compete in all four games. The participants will be randomly drawn into four groups, each group consisting of eight semi-finalists. The two best players from each group will earn a spot in the finals, which will be broadcast live on Alienware’s Twitch channel on October 23, 2021.

Alienware will reward every semi-finalist with an Alienware X15 gaming laptop, a sleek portable monster of a machine powered by the latest Nvidia Ampere graphics, and Intel 11th gen mobile CPUs. That’s not all, of course. Finalists will also be able to earn cash prizes, with a $70k+ cash prize pool up for grabs and the chance to earn the ultimate bragging rights – being crowned the 2021 Alienware Games Champion! The Grand Champion will take home $15,000, with the runner-up earning $10,000. The race is on, get to the starting line. And by that we mean spend a minute or two signing up for the games online. Yes, it’s that simple!