Not sure whether to switch out your current weapon for one you found on the ground? Worried it might be time to replace your old hero for a new one? Here's ultimate Archero tier lists for heroes and weapons. 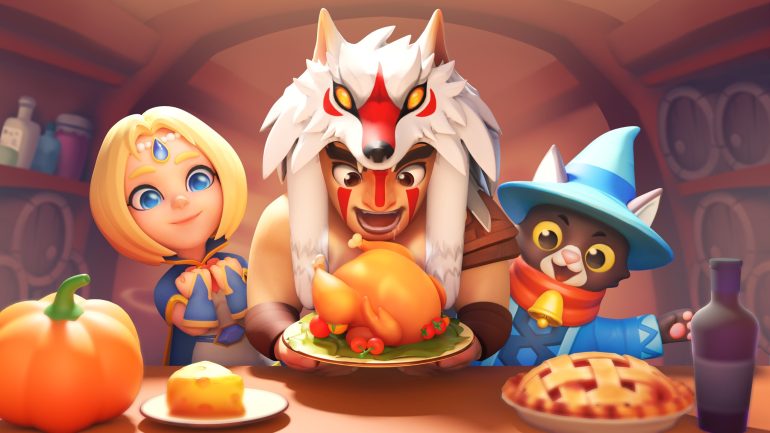 While rarity is a good general indicator of an item or character’s effectiveness in Archero, a rarer item isn’t always better than a more common one. That’s why it’s always best to turn to the community if you want rankings that are representative of how items really compare.

We’ve scoured the internet for the latest community builds to put together this Archero tier list. Below, you’ll find how we’d rank the game’s heroes and weapons based on personal experience and the testimonials of players from the Archero community. If you’re curious to know how a new hero stacks up to your current one, or whether you should switch weapon types, this one-stop guide has it all.

The road to video game mastery is long but fulfilling. Let us help you get there faster with these awesome guides: best Minecraft launchers , and Rebirth Island bunker code.

Here’s our tier list of the best heroes in Archero. Any heroes not in the following image are temporary options at best, and you should switch them out for one of these heroes when the opportunity arises.

Right now, Lina, Helix, and Shingen are the best heroes in the game. Sylvan, Shade, Aqueus, and Blazo are noticeable downgrades, but they are still very strong and will take you very far in the game. Ryan, Meowgwik, or Gugu are also great for long-term grinding, but look to swap them out if you can nab a higher-tier hero.

Lina’s natural tankiness and improved clones make her very forgiving if you aren’t the most technical player. She has great base stats and heals like crazy. Her natural dodge is the cherry on top.

Helix is the go-to option for penny pinchers who don’t want to spend a fortune upgrading their hero. His reworked Rage ability lets him deal ridiculous amounts of damage, making him particularly great in mob chapters.

Shingen is a pure damage dealer with some of the highest attack and crit stats in the game. Once he evolves, his damage potential is boosted even further thanks to perks that boost his attack and attack speed. If you can pair him with a Demon Blade, you’ll mow down mobs and bosses like they’re nothing.

Picking a weapon in Archero isn’t nearly as complicated as choosing a hero. What it really boils down to is personal preference — long- or short-range, quick attack speed or high damage output.

This is our complete tier list for weapons in Archero:

The four weapons in the image above are the only ones we’d say are objectively better than the others. If you get your hands on any of them, we recommend swapping out your current weapon for it.

That said, almost all weapons are viable in Archero, and you’ll get far regardless of the choice of weapon you bring into battle. Unless it’s the Saw Blade — that weapon is no good.

That concludes our latest Archero tier lists for heroes and weapons. Part of what makes Archero is that it changes and evolves with every new patch. Some heroes fall out of favor while certain weapons become the new meta; it’s your ability to adjust to these changes that makes you a great player. This guide will help you get there, and don’t forget to check back whenever a new patch drops!

The thing about video games is that you can never have enough. Discover new immersive worlds to explore with our guide to the best Android games.