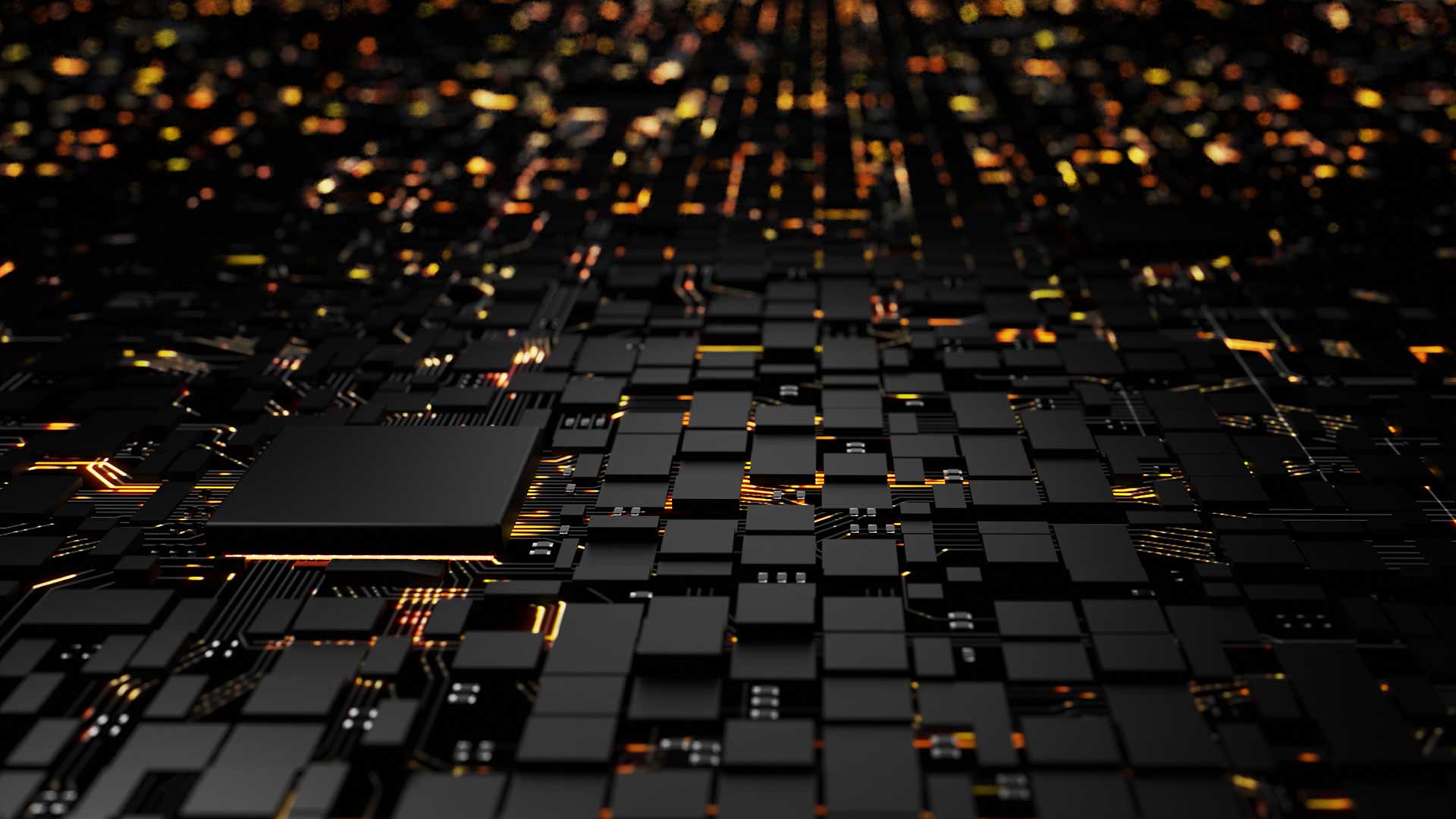 The B550 chipset from AMD is an AM4-based chipset supporting Ryzen 3000 & 5000 CPUs, as well as Ryzen 4000 APUs. The B550 doesn’t support Ryzen 3000 APUs, such as the Ryzen 3200G or 3400G. The original plan for AMD was to release the B550 alongside the Ryzen 3000 (Zen 2) lineup, but the company has postponed the release date to June 2020. If you want to find out more about Ryzen-compatible chipsets or motherboards in general, visit the motherboard section of our site.

The legendary AM4 socket, which debuted in 2016, is still used today. The current, Ryzen 5000 (Zen 3) CPU lineup is also AM4-based. AMD has been using the socket for four generations of Ryzen CPUs, but that doesn’t mean that every AM4-compatible chipset supports every AM4-based CPU. The B550 supports Ryzen 3000 and Ryzen 5000 CPUs, including the OEM-exclusive Ryzen 4000 APU lineup. The bad news for budget builders is that you can’t pair Ryzen 3000 APUs (SKUs such as the Ryzen 3400G) with B550 motherboards.

Despite its PCIe 4.0 support, you won’t find PCIe 4.0 lanes on the B550 chipset itself. Instead, the CPUs provide the PCIe 4.0 lanes; 20 in total. Out of the twenty lanes, sixteen are reserved for the GPU, while OEMs can combine the rest into a single x4 NVMe slot or different combinations of SATA III ports and lower bandwidth – PCIe x2 – NVMe slots. The B550 chipset does come with 10 PCIe 3.0 lanes, two of which can be repurposed as SATA III ports.

16 PCIe 4.0 lanes from the CPU are reserved for graphics, while motherboard manufacturers can use the rest of PCIe 4.0 lanes in the following configurations:

As for the ten PCIe 3.0 lanes found on the B550 chipset, eight are general-purpose, while two lanes can be used in the following configurations:

As for the future CPU support, the B550 could be compatible with the upcoming Zen 3D CPU lineup that will use 3D V-cache technology. At the moment, there’s no precise info which socket the upcoming Ryzen 3D CPUs will use. But, considering that Zen 3D should provide a short-term answer to Intel Alder Lake CPUs in early 2022 before AMD launches the much-improved Zen 4 architecture in late 2022 we expect that the Zen 3D will be the last Ryzen CPU lineup to use the AM4 socket.

In other words, Zen 3D should be compatible with the B550 and X570 chipsets since there’s no reason for AMD to release a new chipset just for Zen 3D. Even Intel doesn’t do that anymore. The LGA 1700 socket found on Z690 motherboards should support two generations of Intel CPUs. This could all change, of course, in the meantime so take all of this with a mountain of salt.

The B450 is the last-gen mid-range Ryzen chipset and the direct predecessor of the B550. The B450 has better CPU support, at least on paper. In reality, the chipset needs BIOS updates to run newer (Ryzen 3000 and 5000) CPUs. And these BIOS updates leave it incompatible with older CPUs. For instance, if you update a B450 motherboard with a BIOS update that introduces Ryzen 5000 support, that motherboard can only run Ryzen 5000 CPUs, and you cannot get back to an older BIOS.

Next, B550 boards offer more features and higher audio quality (on average), higher quality VRMs, and more. For instance, many B550 boards have a BIOS flashback button, a convenient option that allows updating the BIOS without a CPU installed. You can find the BIOS Flashback button on just a handful of B450 models. As for the CPU-chipset link, both chipsets use x4 PCIe 3.0 link. Finally, both chipsets have very low TDP. Good news for PC builders on a budget is that the budget-oriented B550 motherboards are very affordable.

The only scenario where we would recommend a B450 motherboard over a B550 model is if you plan on assembling a budget HTPC, NAS, or server setup. In that case, even a cheap Ryzen 2000 CPU would be more than enough, and you could pair it with a used B450 motherboard, which are dirt-cheap right now.

The A520 is an entry-level chipset compatible with Ryzen 3000 & 5000 CPUs, the same CPU generations B550 is compatible with. The A520 is limited to PCIe 3.0, and A520-based boards have a much weaker set of features than the B550 models. The A520 also comes with fewer PCIe 3.0 chipset lanes and it doesn’t support overclocking. On the flipside, both chipsets have low TDP and come with the same x4 PCIe 3.0 CPU-chipset link.

The B550 is a much better choice for most users than the A520. The price difference isn’t that big, so even if you’re planning to build a budget PC, the B550 is a better choice. If you want to get a mid-range or high-end PC, the B550 is a vastly superior choice. The A520 is better for bulk purchases (like when you need a bunch of cheap office PCs) where total savings can add up. Also, if you have a very limited budget where even a $5 or $10 price difference matters.

The X570 is the current flagship chipset for Ryzen CPUs. Compared to it, the B550 has fewer PCIe 4.0 lanes as well as support for fewer USB 3.2 10Gbps ports. On the flip side, the B550 is a newer chipset where even budget models come with 2.5Gbps LAN and Wi-Fi 6 support. Budget X570 boards usually come with 1Gbps LAN and Wi-Fi 5. Even some pricier X570 boards come with Wi-Fi 5 support since Wi-Fi 6 hadn’t entered the mainstream by the time X570 launched.

The X570 chipset also needs active cooling, which means higher noise and a chance for the cooling solution to malfunction. On the other hand, all B550 motherboards use passive cooling. What you cannot get on the B550, at least without compromising the primary PCIe x16 slot, is support for more than one PCIe 4.0 M.2 slot. If you’re a professional and need more than one ultra-fast PCIe 4.0 NVMe SSD, X570 motherboards are a better choice.

When it comes to other features, such as VRM and audio quality, the number of USB ports, and expansion slots, both the B550 and X570 offerings are pretty similar. We recommend going for a B550 motherboard unless you need multiple PCIe 4.0 M.2 slots or more than four M.2 slots.

Finally, note that AMD has also released the X570S chipset, which is a revision of the original X570. The two chipsets are completely the same, with the only difference being lower TDP on the newer one. This means passive cooling on boards rocking the X570S chipset. Also, since the X570S is newer, all X570S boards come with at least 2.5Gbps LAN, and those with Wi-Fi support (mostly) come with Wi-Fi 6.

Form factor – Motherboards come in three main form factors: ATX, Micro ATX (mATX), and Mini-ITX. ATX is the most popular and also the biggest form factor. Mini-ITX is the most compact, while the mATX is in between. If you want to learn more, you can read our motherboard form factor guide.

DIMM Slots – Dual in-line memory module, or DIMM, is where you install memory sticks. More popular names for DIMM slots are memory slots and RAM slots. Consumer-grade motherboards (including those based on the B550 chipset) have two or four DIMM slots.

M.2 Slots – M.2 standard was developed with many different uses in mind. These days, however, M.2 slots are mainly used for storage devices and wireless adapters. And when we talk about the number of M.2 slots, we only count slots capable of hosting M.2 storage devices (SSDs).

SATA III Ports – SATA (serial advanced technology attachment) is storage device standard. There are newer standards, such as the M.2, but SATA is still quite popular these days since many users still use HDDs and SATA SSDs. The latest revision of the standard is called SATA III. Note that M.2 SSDs with SATA speeds aren’t the same as SATA SSDs. The first group uses the M.2 form factor, while the second group uses the 2.5” form factor.

BIOS Flashback button – The BIOS Flashback button is a super handy feature since it allows users to update their motherboard BIOS without having a CPU installed. This is great when you want the latest BIOS installed before booting up the system for the first time. Or in the case where a motherboard needs a BIOS update to run Ryzen 5000 CPUs. Remember, the B550 lineup only supports Ryzen 3000 CPUs natively. While we expect most boards to come with updated BIOS and Ryzen 5000 support out-of-box by now, it’s nice to have the option to update the BIOS without the CPU if your motherboard comes with default BIOS.