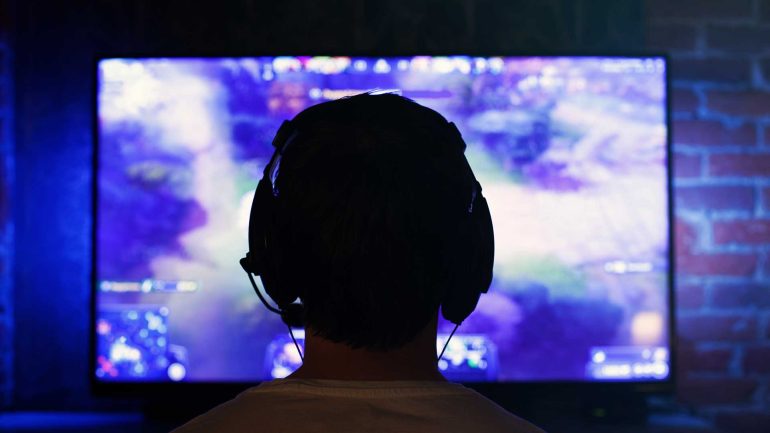 The 4K 144Hz monitor market isn’t in great shape in 2022. First of all, there aren’t many high-end 4K 144Hz monitors to pick from, and the good ones often have issues with availability and pricing. Next, if you want a great HDR experience on a 4K 144Hz monitor, you’ll either have to splurge thousands on a monitor such as the ASUS ROG Swift PG32UQX or settle for an average (at best) HDR experience found on most other monitors.

That said, there are quality 4K 144Hz gaming monitors out there, and below, you can check out the best 4K 144Hz monitors for gaming in multiple categories. No matter if you’re looking for a 27-inch, 32-inch, or a larger form factor 4K 144Hz monitor, we have a perfect pick. Do note that if you want the absolute best picture quality and response time coupled with excellent HDR experience, you should look outside the PC monitor market. But let’s not get ahead of ourselves.

Before we start, we would like to share our list of the best graphics cards for 1440p 144Hz gaming. These GPUs are also great for [email protected] gaming. Next, our guide for the best RTX 3090 graphics cards should be interesting for anyone wanting a zero-compromise 4K gaming experience. Finally, check out our 1080p vs 1440p vs 4K vs 8K guide to see whether you actually need a 4K gaming monitor. 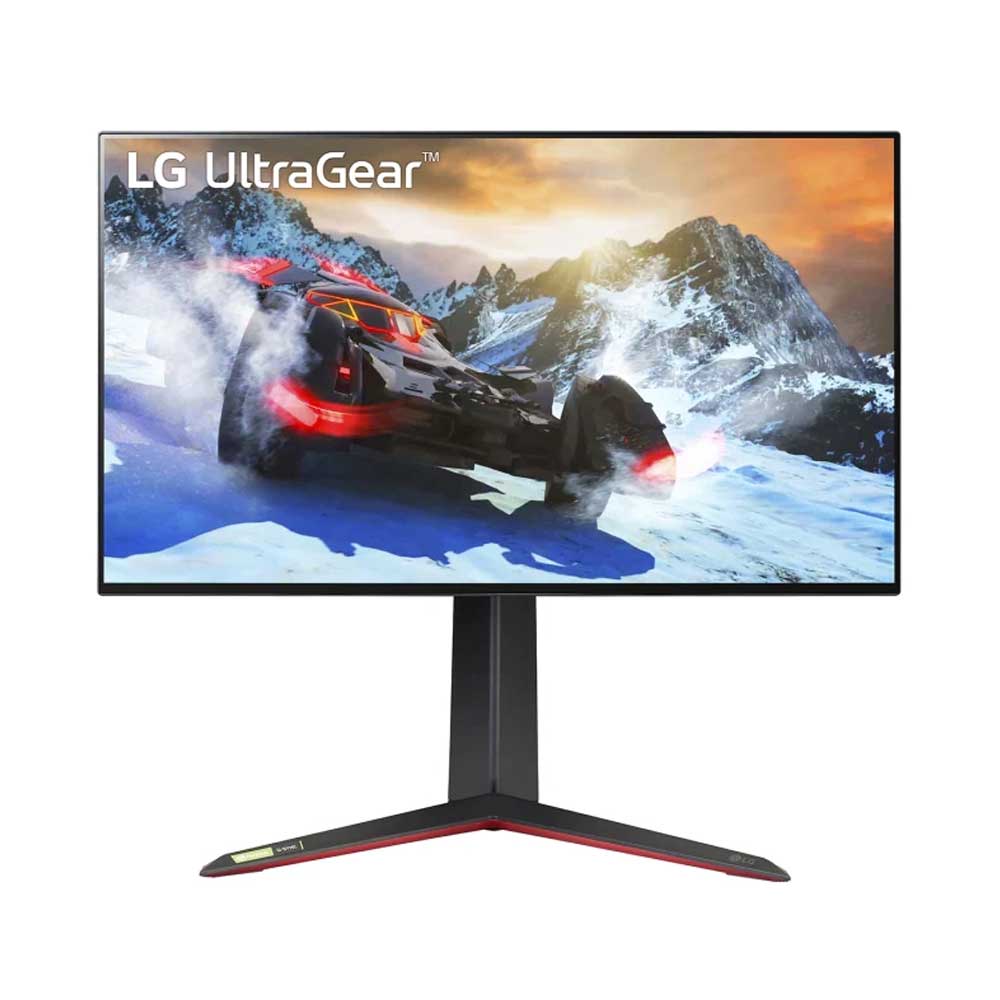 The LG 27GP950-B is the best overall 4K 144Hz gaming monitor. This monitor has it all sans excellent HDR implementation. The 2021 model comes with a few improvements over the 2020 version (27GN950), with the most important one being HDMI 2.1 support. Yep, if you’re looking for the best monitor to pair with your Xbox Series X or PlayStation 5, this is the one.

On the flip side, the 27GP950 doesn’t offer a great HDR experience with its edge-lit local dimming feature. Further, backlight bleeding is noticeable, although this varies from panel to panel. Ergonomics aren’t that great, but at least the design is striking, with ultra-thin bezels and without unnecessary gamery details.

Finally, you might stumble upon issues when trying to use G-Sync at a 160Hz refresh rate. Overall a high-end gaming package with a few quirks that’s definitely worth its MSRP. Also, the best HDMI 2.1 4K 144Hz monitor. Just make sure to have a graphics card that can follow it. 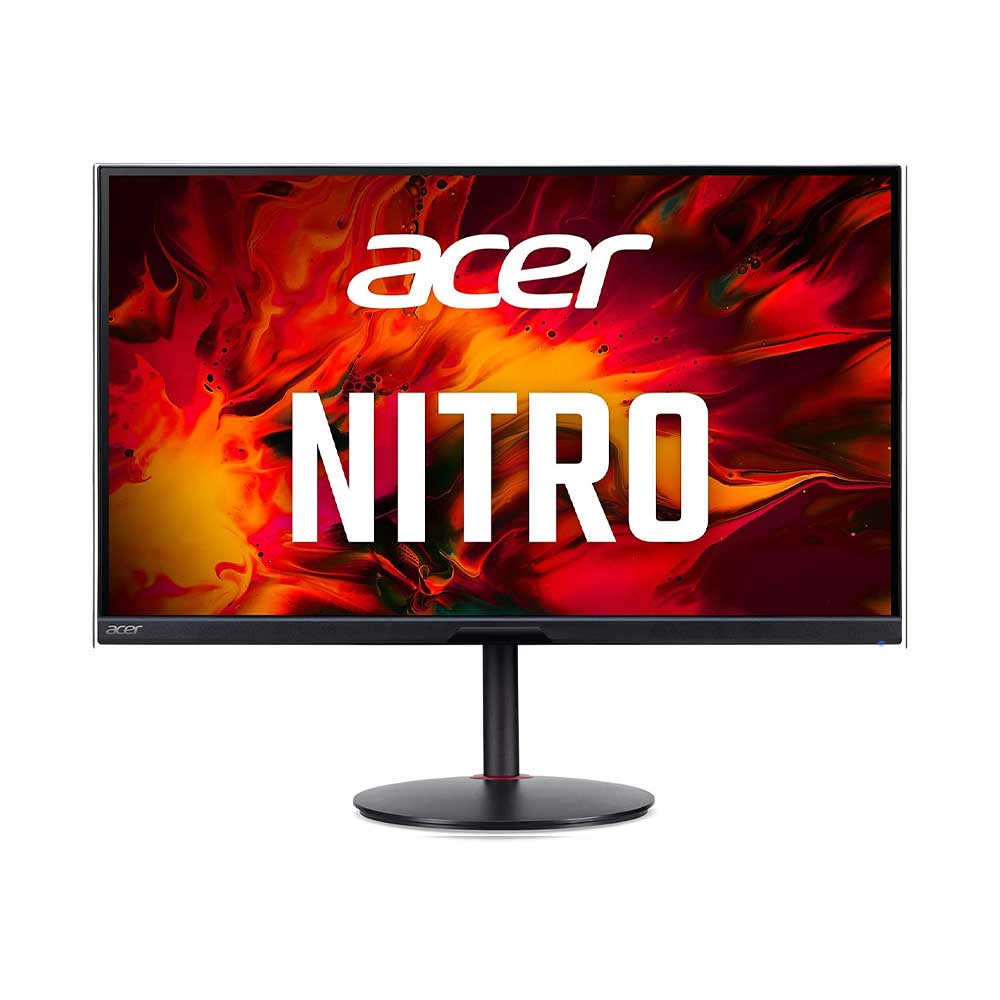 Now, if you don’t like the LG 27GP950-B or simply can’t find it in stock (which is very likely), the best alternative is the Acer Nitro XV282K KV. This monitor is very similar to the LG model in almost every way.

They both have similar contrast. HDR experience is middling on both models thanks to the edge-lit local dimming feature. The Acer has a wider color gamut, with 88% coverage of the DCI-P3 color space but also a tad bit slower response time.

Ergonomics are on the side of the Acer Nitro, but the LG snatches the design prize. Peak brightness isn’t as high as on the LG, but it’s high enough (about 300 nits) for gaming in a brightly lit room. Both monitors come with two HDMI 2.1 ports with the Acer Nitro also including a USB-C port with DisplayPort support.

Overall, the Nitro XV282K KV is yet another fast-performing 4K 144Hz monitor with an average (at best) HDR experience. If you want something more affordable, take a look at the Acer Predator XB273K, our pick for the best budget 4K 144Hz gaming monitor. 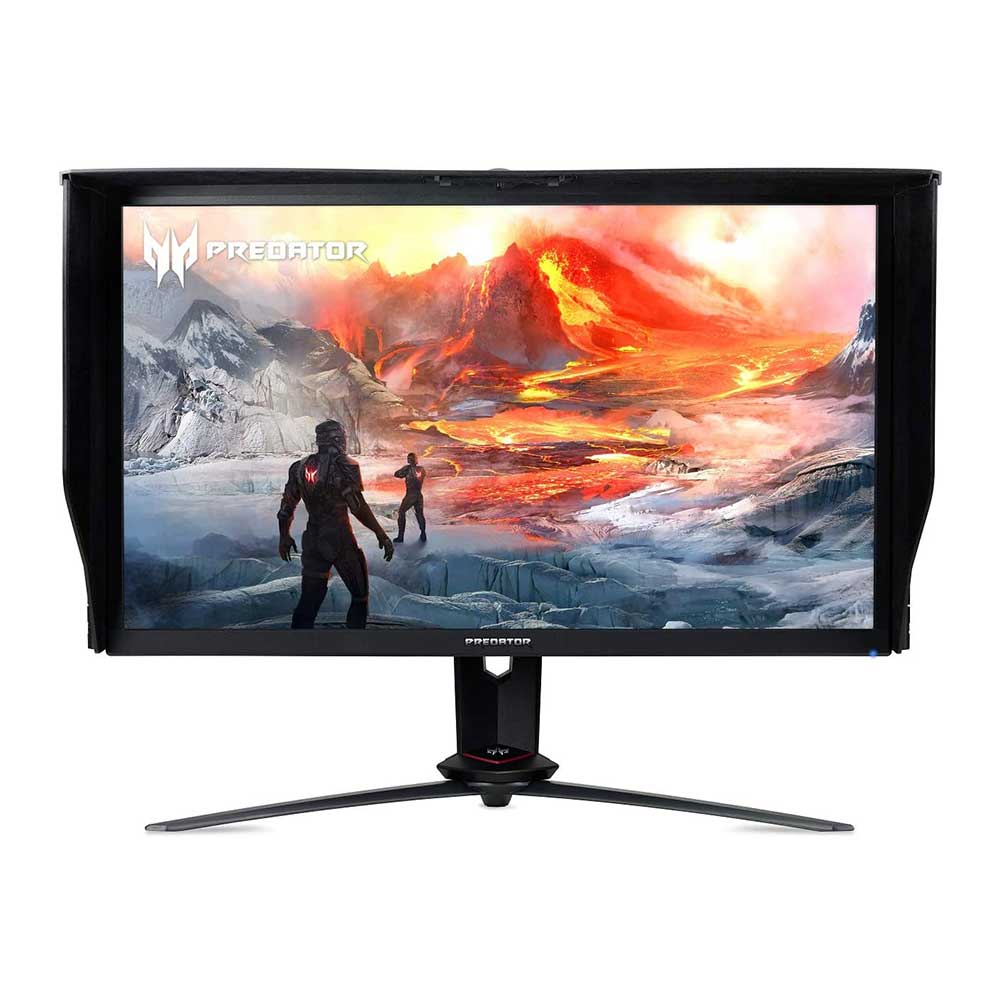 Despite being a couple of years old, recent price reductions made the Acer Predator XB273K the best budget 4K 144Hz monitor. The model we’re talking about is the G version that doesn’t have a physical G-Sync module.

You can get the S version of this monitor with a G-Sync module, but considering the price, the S version isn’t worth it. On the other side, the Predator XB273K G is a pretty solid gaming monitor.

The biggest flaw of this model is the fact that you can only achieve [email protected] performance when hooking up the monitor via DisplayPort. You can overclock it to 144Hz, but that requires using two DisplayPort cables. The downside is that, by turning on the 144Hz mode, you’re losing both VRR and HDR features.

So, you can either have 120Hz performance with HDR and VRR or opt for 144Hz without either of these. If you ask us, most users won’t notice the difference between 120Hz and 144Hz, so we recommend sticking with the default refresh rate.

On the other hand, the Predator XB273K has excellent colors (the testing was done on a discontinued P version that’s virtually the same as the XB273K G) and pretty good factory calibration. It also has a wide color gamut with about 85% coverage of the DCI-P3 color space. This is in line with other 4K 144Hz gaming monitors.

Response time is somewhat slower than on the high-end models but fast enough for a 120fps performance. Contrast is average for an IPS panel at 1000:1, and peak brightness is set at about 420 nits. Pretty good result. HDR experience is bad since this monitor doesn’t have full-array local dimming. Overall, a pretty solid package that’s much more affordable than high-end 4K 144Hz models. 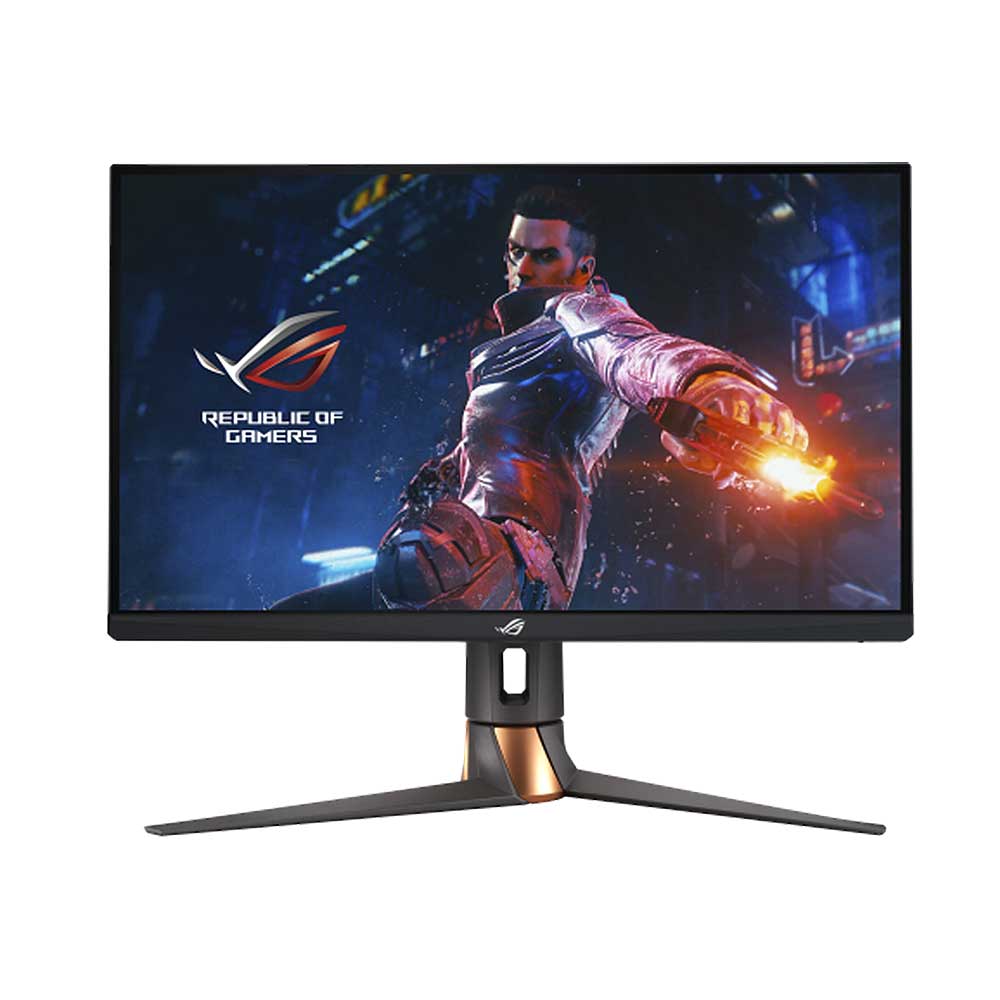 The ASUS ROG Swift PG32UQX has by far the best HDR experience out of all PC monitors. This is possible thanks to the Mini LED technology that allowed ASUS engineers to equip the unit with 1152 backlighting zones. This results in peak brightness north of 1200 nits and almost complete removal of the halo effect.

The quantum dot coating is responsible for a very wide color gamut (98% of the DCI-P3), which is perfect for color-critical work and enjoying HDR games and video. For viewing SDR videos, you can use the sRGB mode that works rather well. Now, while the ROG Swift PG32UQX looks amazing when viewing HDR content, it does come with a few quirks.

First of all, the response time isn’t bad; it’s just below average for a high-end monitor. Next, despite the insane price, the ROG Swift PG32UQX doesn’t have HDMI 2.1 support. This is a limitation of the G-Sync module the G32UQX is equipped with, but still, it is a noticeable downside nonetheless.

Despite its flaws, the G32UQX offers an outstanding HDR experience. You won’t find better HDR implementation on any other PC monitor at the moment. If you want the best of the best when it comes to HDR gaming and media consumption, this is the way. Unless you’re ready to switch to an XXL screen size. 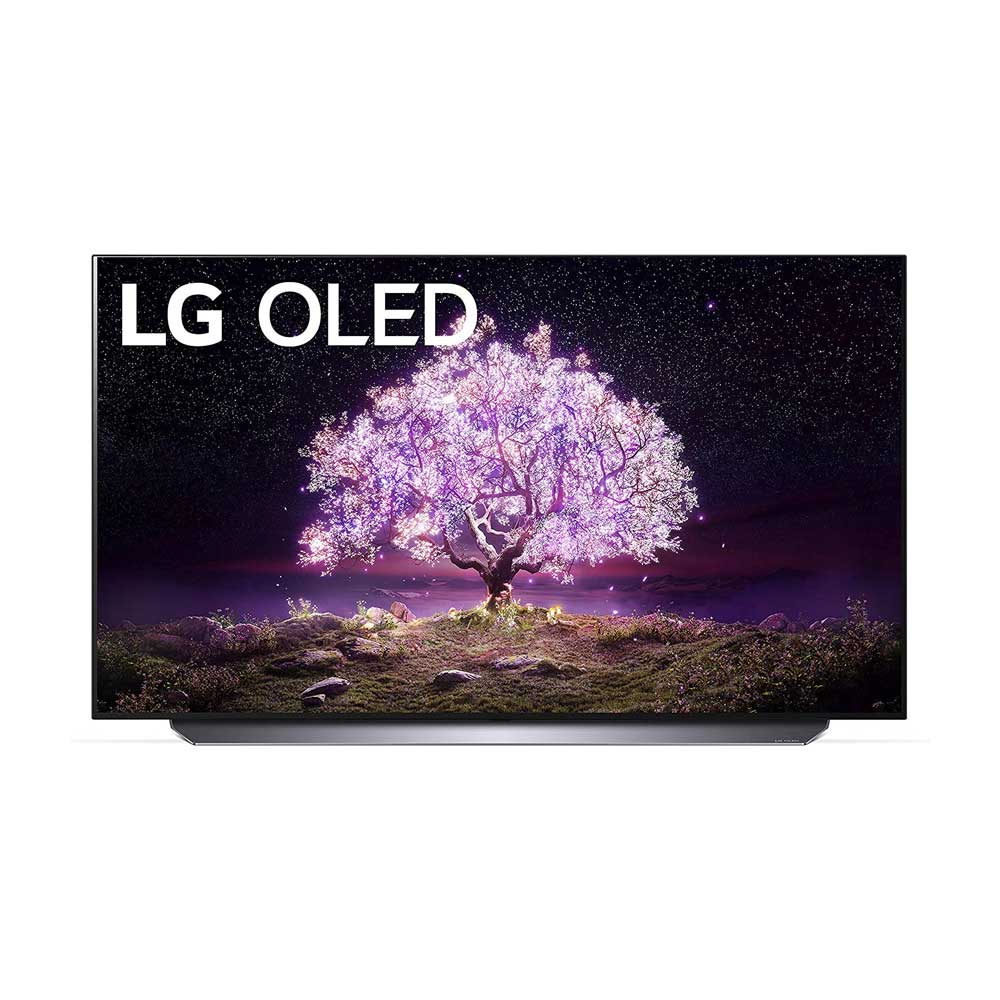 While the ROG Swift PG32UQX offers the best HDR experience on the PC monitor market, the LG C1 OLED is the HDR king of the TV market. The main flaw of getting a TV instead of a monitor is a huge size, but if you’re ready to daily drive a 48-inch panel or larger, the C1 OLED is the best 4K 144Hz gaming “monitor” on the market, period. The LG G1 OLED and the Sony A90J have a bit better image quality, but for gamers, the C1 OLED is the top choice.

First of all, the price difference between the C1 and the G1 and A90J is too high to justify the slight improvement in picture quality. Next, the C1 offers a spectacular HDR experience, especially when compared to PC monitors.

Other TVs might be brighter, but the overall HDR experience is on the side of the C1 because it has an OLED panel where every pixel can be lit up independently. This means zero traces of the halo effect and infinite contrast with deep, inky blacks. The peak brightness of about 770 nits isn’t eyewatering, but it’s more than high enough for an OLED panel.

When it comes to response time, an OLED panel is miles ahead of IPS panels used on high-end 4K 144Hz PC monitors and the VA panel used on the Samsung Odyssey range of monitors. Yes, we’re talking here about 120Hz, not 144Hz. The thing is, most people won’t notice the difference anyway. And if you do, then you’ll also probably notice that the C1 has better motion clarity than any 4K 144Hz monitor.

Motion isn’t as clear as on 240Hz or 360Hz monitors, but it’s worth it if going from 144Hz to 120Hz is the only price to pay. Image quality is exceptional thanks to a very wide color gamut (96% coverage of the DCI-P3 color spectrum). That said, the TV doesn’t cover the Adobe RGB color spectrum, so we don’t recommend it for color-critical work.

Out-of-the-box performance isn’t great. However, you should tweak the image to your liking relatively easily, thanks to a plethora of picture settings. The TV supports HDMI 2.1, and you also get a separate gaming menu with many handy options.

Overall, the LG C1 is a superb gaming TV that looks and works better than any 4K 144Hz gaming monitor. It’s perfect as a gaming TV, but it can also be used as a gaming monitor if you get the 48-inch version. The biggest potential issue is the burn-in risk inherent to OLED technology. LG implemented several anti-burn-in options but if you plan on using the C1 as your main monitor, expect to experience burn-in at some point.

Now, the C1 OLED is much cheaper than all those 55-inch and 65-inch BFGD “monitors” while offering much better performance in all segments. We recommend the C1 over any BFGD model available on the market. The C1 is the best pairing for the RTX 3080 you can get right now. 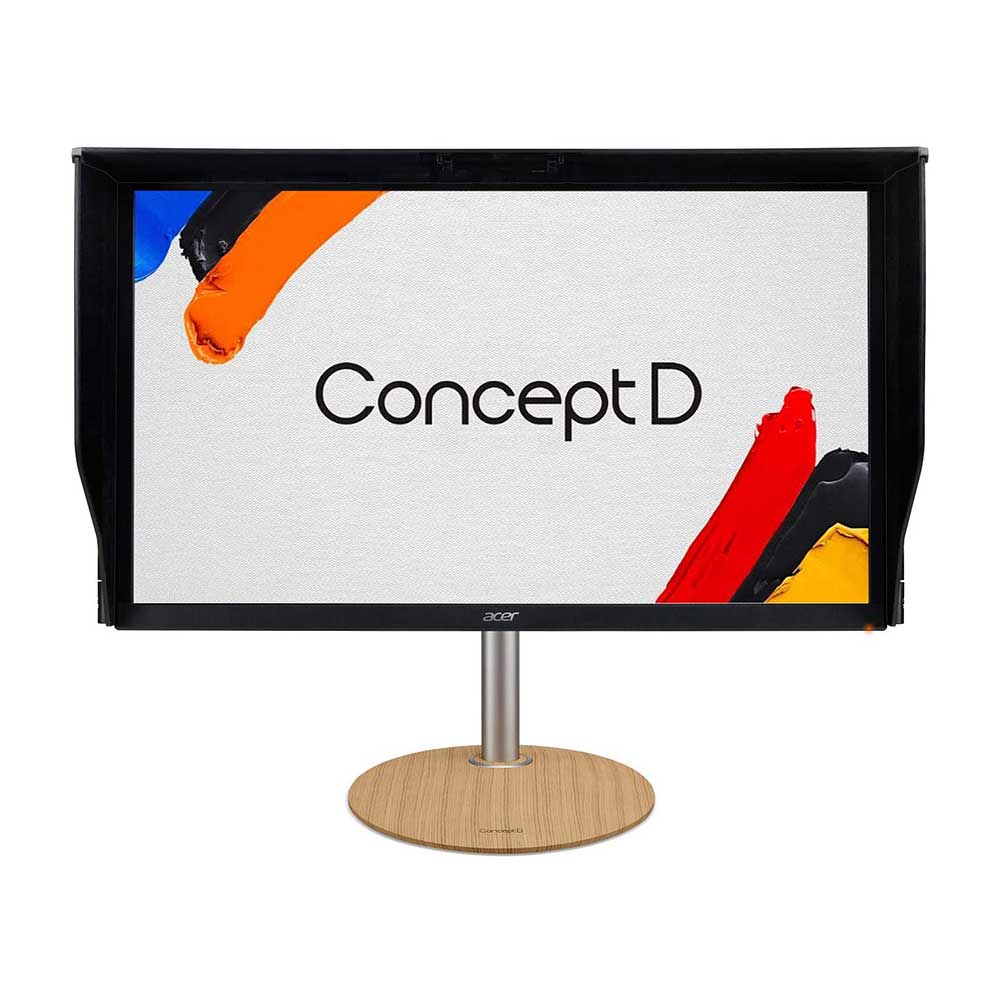 Last but not least, we have a rather interesting 4K 144Hz monitor that’s made primarily for professionals who need perfect color accuracy. If you use your PC not only for color-sensitive work such as photo and video editing but also for gaming, the Acer ConceptD CP7271K is a monitor for you.

First of all, this model has superb color accuracy with an incredibly wide color gamut (110% DCI-P3 112% Adobe RGB, 73.7% Rec.2020). It also features full-array local dimming along with a 1000 nit panel that together make for an incredible HDR experience.

IPS panel means average, 1000:1, contrast and IPS glow but other than that, this monitor rocks. G-Sync Ultimate support claims better HDR, at least according to Nvidia. Finally, this monitor has a pretty good response time and input lag.

The design is pretty good, better than with our gaming picks. The wooden stand is great and the lack of RGB effects can be a positive for many users. Downsides include a lack of selectable color gamuts and a high price. Still, this model is cheaper than both the ROG Swift PG27UQ and Predator X27. If you don’t mind a faux wood stand, the ConceptD CP7271K might be a better choice than the two aforementioned models.