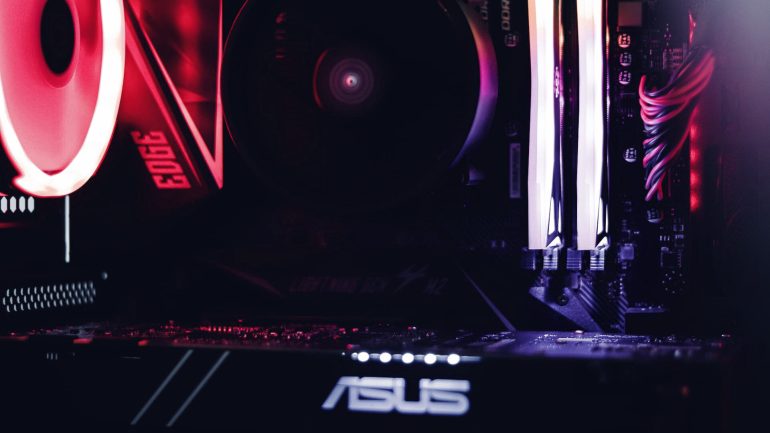 Asus, like most other big PC brands, has its own lineup of prebuilt PCs sold under the ROG gaming PC brand. The lineup includes anything from more than decent budget configurations to seriously overpriced RTX 3090-powered gaming machines.

If you’re looking for the best ASUS gaming PC, you’re in the right spot. Below are the finest ASUS prebuilt PC deals you can get right now, with some picks almost matching the value of corresponding DIY builds. Now, the thing with ASUS prebuilts is that all their case designs have less than ideal airflow. While that shouldn’t be an issue for PCs rocking lower-tier components, high-end CPUs and GPUs might need more airflow to preserve thermals in check under load. Just something you should be aware of.

Before we start, here’s our list of the best airflow PC cases, in case you plan on swapping the default ROG housing for one that isn’t a glorified RGB space heater. Next, our best IPS monitor guide includes great gaming monitors for every budget. Finally, check out our best TKL mechanical keyboards guide if you want a new keyboard to go alongside your new PC. 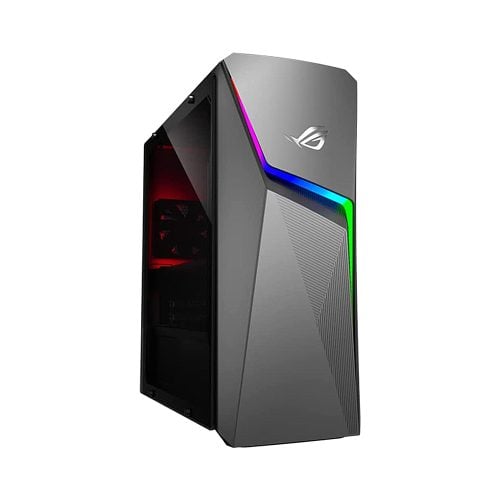 Starting with the budget segment, we have one ROG gaming desktop with pretty solid value. While made of older parts, the Asus ROG Strix GL10 is a well-rounded 1080p gaming machine and our pick for the best budget ASUS gaming PC.

First of all, the GTX 1660 Ti is great for 1080p gaming; you can expect between 60 and 90 frames in current AAA titles, while esports games should run at triple-digit frame rates. The second part of the equation is the Ryzen 3600X. While not in its prime, its gaming performance is more than adequate for the included GPU.

16GB of what it should be dual-channel memory is standard for PC gaming these days, and you also get a 256GB SSD along with a 2TB HDD. The SSD has enough space for the OS and a handful of games. Overall, the GTX 1660 Ti-powered GL10 from ASUS is more than decent prebuilt, selling for less than $1000. It’s fast enough for ultra graphics at 60fps and 1080p resolution. If you’re okay with a medium-high mixture of settings in AAA titles, this ROG gaming PC should also be adequate for 1440p gaming. 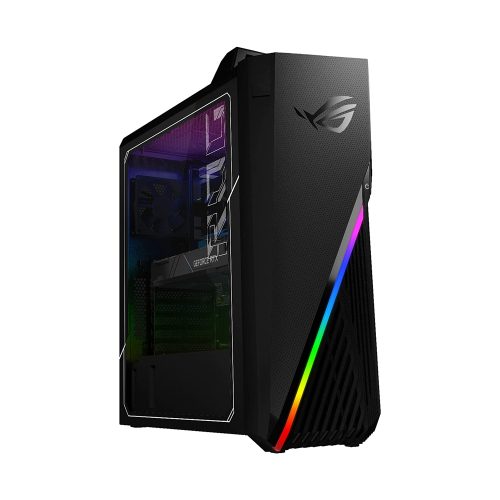 The ROG Strix G15CX is the best value ASUS gaming PC by a long shot. Again, we have older components, but this time, you’re looking at a potent 1440p machine. The RTX 2080 Super is on par with the RTX 3060 Ti, while the Core i7-9700K has eight cores and about the same gaming performance as the Core i5-10600K. In other words, plenty of power for a price at which it would be pretty hard assembling a new, equivalently powerful, DIY PC.

The ROG Strix G15CX, aside from its poorly ventilated case, also includes 16GB of memory that only runs at 2666 MT/s. These days, 3200 MT/s memory should have virtually the same price as 2666 while being slightly faster. At least it runs in dual channel mode.

Next, we don’t like seeing such a basic CPU cooler combined with a CPU such as the 9700K. If you decide to get this PC, be sure to monitor CPU thermals. If they end up being too high under load, get one of the coolers featured in our list of the best CPU coolers for Core i7-9700K.

The storage situation here’s pretty solid. You’ve got a 512 SSD accompanied by a 2TB HDD—plenty of storage for any gamer. The ROG Strix G15CX is another ASUS prebuilt PC with older components and excellent value. A great choice for 1440p gamers looking for a powerful prebuilt PC that won’t break the bank. 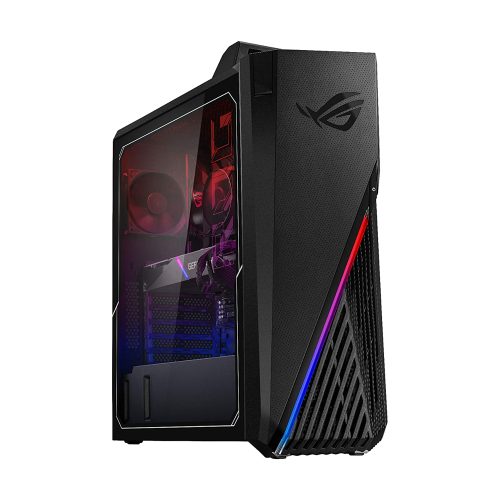 The ROG Strix G15CE is the best mid-range ASUS gaming PC overall since it commands a notably lower price than its AMD equivalent while having a very similar gaming performance. The Core i7-11700F found here should trade blows with the Ryzen 7 5800X, powering our next pick. Productivity-wise, the Ryzen part is much better, but we aren’t talking about productivity performance today.

As for the GPU, the RTX 3070 is a perfect choice for fast refresh rate 1440p gaming with highest graphical settings in most modern games. 4K is also doable, depending on the title, as long as you don’t mind setting the visuals to high or medium. The rest of the package includes 16GB of dual-channel memory, a 512GB SSD, and a 2TB hard drive. Not bad, but we’d like to see a 1TB SSD unit at this price. 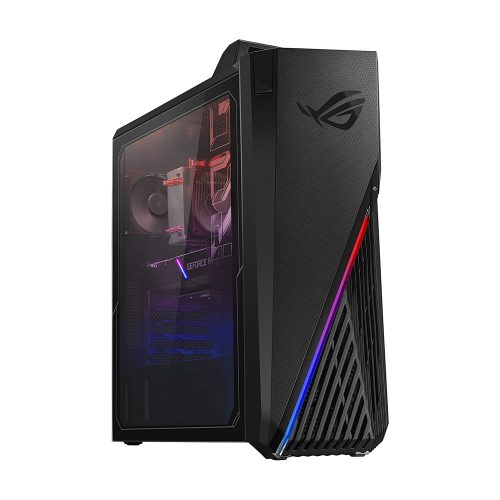 Now, if you prefer AMD CPUs, this is the best ASUS gaming PC for you, at least in the mid-range range market. It’s not that much more expensive than the ROG Strix G15CE, and it does come with a better CPU and a better cooler for that CPU. Check out our list of the best CPU coolers for 5800X if that poorly ventilated case ends up choking the poor thing.

When it comes to the 5800X, you know what to expect. This CPU is still lightning fast in any game and will continue being pretty snappy for years.

The RTX 3070 is an excellent pairing for the 5800X, and we already talked about what to expect with this card right above in our review of the ROG Strix G15CE. The good news here is that both the 11700F and the 5800X are performant enough not to present a bottleneck in case you decide to upgrade to a faster GPU in the future, thus allowing you to continue using this ROG gaming desktop for a long time.

The rest of the specs is almost the same as on the ROG Strix G15CE. 16GB of dual-channel memory, a 512GB SSD, and a 1TB HDD. Now, while 16GB of RAM is fine at this price, it’s disappointing that a pricier configuration not only includes the same amount of fast storage but also comes with a smaller hard drive. At least this time, you’ve got a decent CPU cooler. 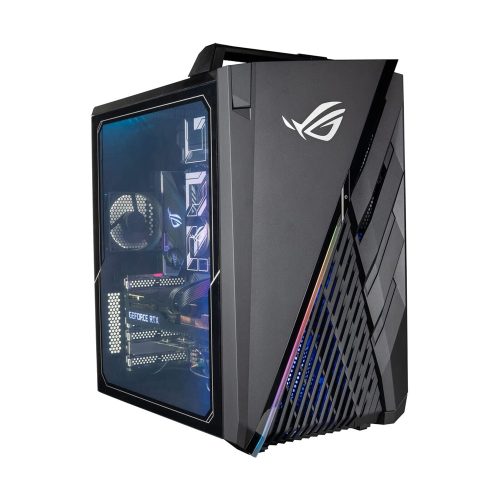 Last but not least is our pick for the best high-end ASUS gaming PC. Here we have the RTX 3080 version of the ASUS ROG Strix GA35. This is a mighty powerful ROG gaming desktop that sells at a relatively reasonable price, unlike the RTX 3090 variant of the same PC. So, what can you expect from the GA35?

For starters, the RTX 3080 is the best choice for 4K gaming at the moment. The card’s also great for 1440p gamers who want the fastest performance possible. If you’re one of those people but are yet to buy an adequate monitor for such an adventure, check out our list of the best 1440p 240Hz monitors.

Next, we have the Ryzen 9 5950X processor. This is AMD’s flagship model and one of the fastest gaming processors you can get. It’s also, alongside the 12900K, the best choice for productivity.

32GB of memory is just right for high-end gaming. Some games demand more than 16GB of memory (think MS Flight Simulator, Cities Skylines, etc.). Further, unless you’re doing memory-intensive work, you won’t profit from 64 gigs of RAM. There’s a 64GB RAM, RTX 3080 version of the GA35, but we wouldn’t recommend it to any gamer.

Finally, we’re looking at a 512GB SSD and a 2TB hard drive. And yeah, it’s ridiculous to offer a 512GB SSD in a gaming machine as expensive as this one, but hey, at least the rest of the offering is pretty good. Now, the 64GB version of this prebuilt PC also comes with a 1TB SSD. However, if you need more fast storage, get an aftermarket SSD instead since the price difference between the two SKUs is too high.

Also, do not forget that the housing is another ROG design with poor ventilation. If you find thermals too high, think about getting a new case. Considering how much this PC costs, a new chassis with decent airflow would cost you less than five percent of the total cost of this machine, which is definitely worth the upgrade.