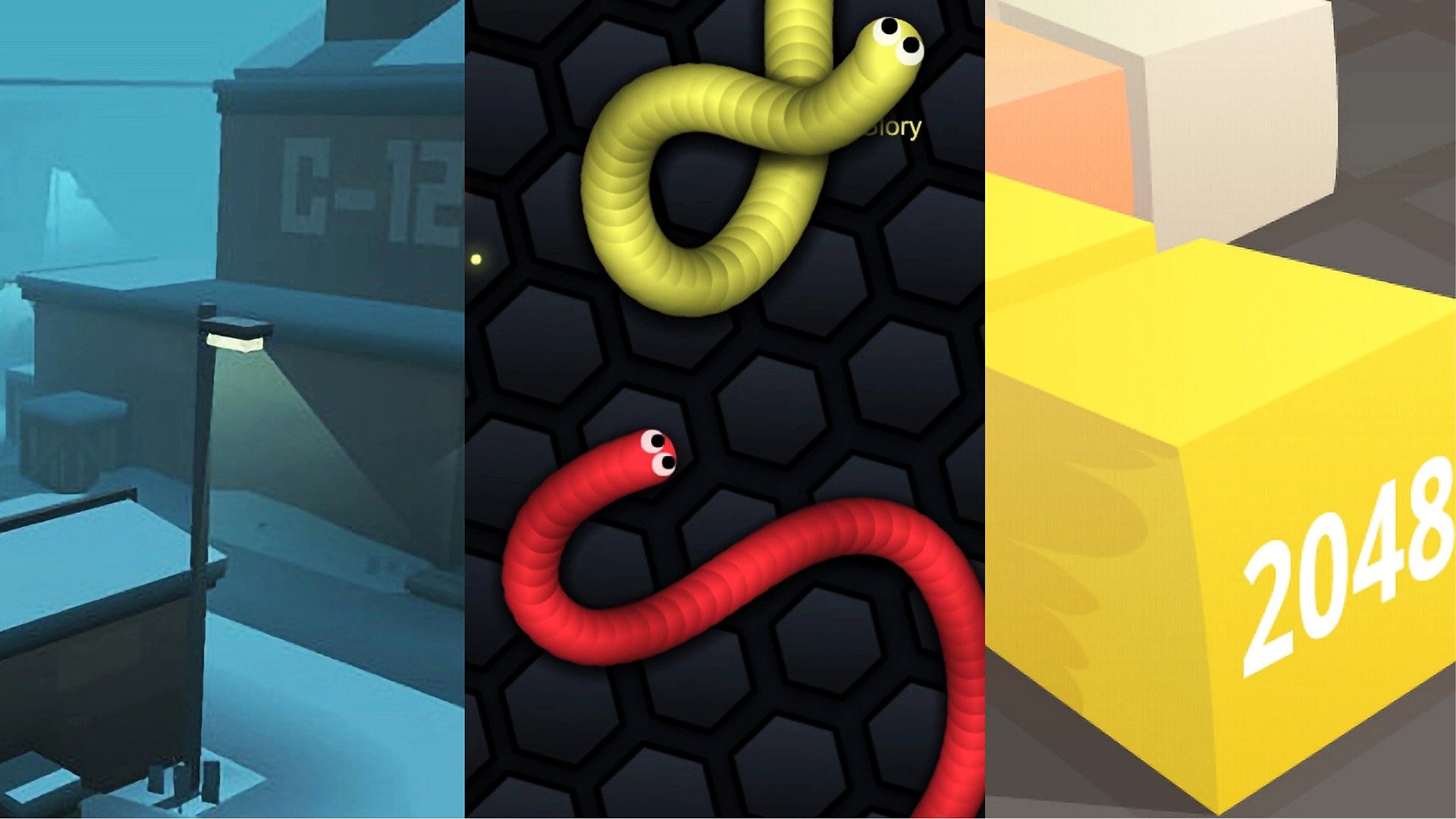 If you're tired of AAA titles and their complex gameplay, relax with some .io games!

You might have seen a .io game or two online, and it’s for a good reason. These games are usually played directly in the browser and are very popular among many players who look for a small, fun game to pass the time. They usually vary in theme from extremely simple shapes to more complex ones with more refined gameplay. Having such a simple template to follow is bound to lead to more .io games, but quantity is not better than quality.

Because of this, we have constructed this list to help you choose from the best .io games that are available at the moment. They are extremely high-quality and fun to play for hours, on top of providing a competitive aspect, due to all the other players that will be playing with you. Take a look and see what you like!

Some of these games are fairly popular for mobile devices, as well. If you happen to be looking for these games to play on your phone, then you might want to take a look at some of our other articles like best naval games and best iOS games.

Slither.io is a fantastic game where you take control of a snakelike entity that crawls around a map looking for pellets to swallow and grow in size. As you make your way across the map you will encounter enough food to become gargantuan. The thing that adds difficulty is the fact that there are other players on the map with the same goal, so you have to avoid each other in order to not explode. You explode by ramming your head into the side of another snake, leaving all of your collected pellets along your original length, allowing other players to eat what is left of you. It might not seem like it at first glance, but there is a strong tactical presence in the game where you can trap other players inside the perimeter of your body, forcing them to either die or circle aimlessly. This is a defining factor of the best .io games. There is a lot of fun involved here, so you should try the game out and see for yourself.

This is the game that popularized the whole genre of .io games! Agar.io is very similar to Slither.io, except you control a simple circle. See, you can have next to no graphical quality and still get one of the best .io games around. You move around the map looking for other, smaller cells to assimilate into yourself, increasing your size. Any cell that is larger than another can consume it, so you can cover a lot of ground provided you reach an appropriate size. The catch is that there are other players who might get bigger than you before you know it, so there is a fair bit of evasion to include in the way you play. If you notice that another cell is coming to consume you, you can split your cell into multiple ones to avoid death. This action is repeatable, so you can actually split yourself into many smaller cells to rethink your plan of action.

Tetris is one of the most popular games in history, published in 1984. It acts as a reminder that a quality-made game will not become worse with time. Taking inspiration from that, Tetr.io is a game where you essentially just play Tetris, just against other people. The screen is split into two, one for you and one for your opponent. The only goal you have is to play the game until either of you wins, so it can get pretty hectic and competitive. It is a fantastic game that doesn’t have that much complexity to it, but that’s the point at times, isn’t it? Some of the most competitive and interesting games can just be a bunch of crude pixels stacked on top of each other, but they can still lead to phenomenal experiences. It is through experiences like these that we love playing the best .io games.

Aha! A fantasy role-playing .io game! Bet you weren’t expecting that, were you? Starve.io is a wonderful game where you take control of a sprite that has to complete various quests in order to progress and become larger. Killing mobs is also an option and sometimes it is integral when it comes to completing quests. At a glance, you might think that Starve.io is a very simple game that doesn’t carry that much complexity, but that cannot be further from the truth. Starve.io also has a lot of mechanics that are fundamental in the most popular RPG games, such as mining, crafting supplies from the resources you find in the world, taming animals and so much more. This game is fantastic for people who want a simple experience and don’t want to break the bank for a AAA title. Its design has defined it as one of the best .io games.

This is an extremely popular puzzle game where you have a 4×4 grid with squares containing one number. When you slide numbers of equal value into each other, they combine and add up, essentially doubling them. The tricky thing is managing the provided field to not lose space and to not lose possible number combinations. Unlike other best .io games, 2048 is primarily a single-player game where you have to engage your own puzzle-solving skills to complete it in the most efficient way. To tell the truth, 2048 is very addictive so you can find yourself stressed out trying to figure out the puzzle, but this isn’t necessarily a bad thing because it can lead to better problem-solving skills and a sense of fulfillment upon finally completing it. Just try to not lose sleep over it.

Imagine Diep.io as a very low-poly version of World of Tanks. In this game, you control a tank made of abstract geometric shapes, utilizing your firepower to destroy the various enemies on the map and to destroy their defenses. Believe it or not, there is also a progression system despite the nature of the game. As you battle other players and destroy more and more things, you can level up your tank, increasing its size and choosing from a wide array of characteristics to improve like bullet damage, movement speed, etc. This adds an extra layer of strategy that improves the competitive scene in the game, leading to you playing it again and again to beat your previous score. It is one of the best .io games with much to offer and you shouldn’t sleep on it!

This is one of the best .io games you can play with your friends because of the creative connotations it carries with its gameplay and general design. In this game, you are placed into a chat room with a large white panel next to it. One player is selected to draw something based on the random word they get. As they draw, other players can guess what it is in the provided chat space. This is a great way of expressing your creativity and making friends through an interactive experience. If you get together with your friends on a voice-chatting platform like Discord, you can have some hilarious experiences as you try to guess that the god-awful monstrosity your friend is drawing is actually a chicken.

Remember the ancient times of 2013 when Flappy Bird came out, a simple game where you tap on your screen to make your bird fly through pipes, and the more pipes you fly through, the better? The game was so popular and notoriously difficult that the creator started getting death threats about the difficulty, forcing him to delete it from the app store. Despite that tragedy, you can actually play a faithful recreation of the game online in the form of Flappyroyale.io. It is essentially Flappy Bird reincarnated, except it is now a battle royale where the game starts with you and 99 other players on the same screen as you try to remain the last one still flapping through the pipes. The popularity it received confirmed it as one of the best .io games. It is incredibly addictive and fun since you’re actually competing against other players, a feature that the original game didn’t have.

Krunker.io is one of the best.io games that isn’t presented in a top-down perspective, instead opting to take a 3D FPS approach to gameplay. The game is based on other more popular games you can play online such as Roblox and Call of Duty, except the gameplay is less uniform like either of those games. In Krunker.io, the emphasis is on speedy gameplay where you gain momentum to jump long distances trying to snipe other players out of the air. Yes, it does sound like a mess when explained like this, but once you get into the game, you’ll find that there is a lot of variety to the gameplay and the potential for having hours of fun, especially when friends are included.

Moving on from the games that have a decent amount of complexity to them, let’s take a look at this little gem. Cardgames.io lets you play some of the most popular card games in the world such as Go Fish, Pinocle, Scorpion, Idiot, and much more. As it currently stands, the game has over 30 different games you can play, all with their own rules and varying degrees of difficulty. It’s great for players who want a relaxed experience unwinding with some classic card games presented in the form of one of the best .io games.

That would be where our list concludes. we sincerely hope you have found this list helpful and informative, and may you find the one abstract geometrical game that fills up all of your hours of boredom. If you want some variety to your gaming without spending a lot of money, then you should check out our best free PC games article!