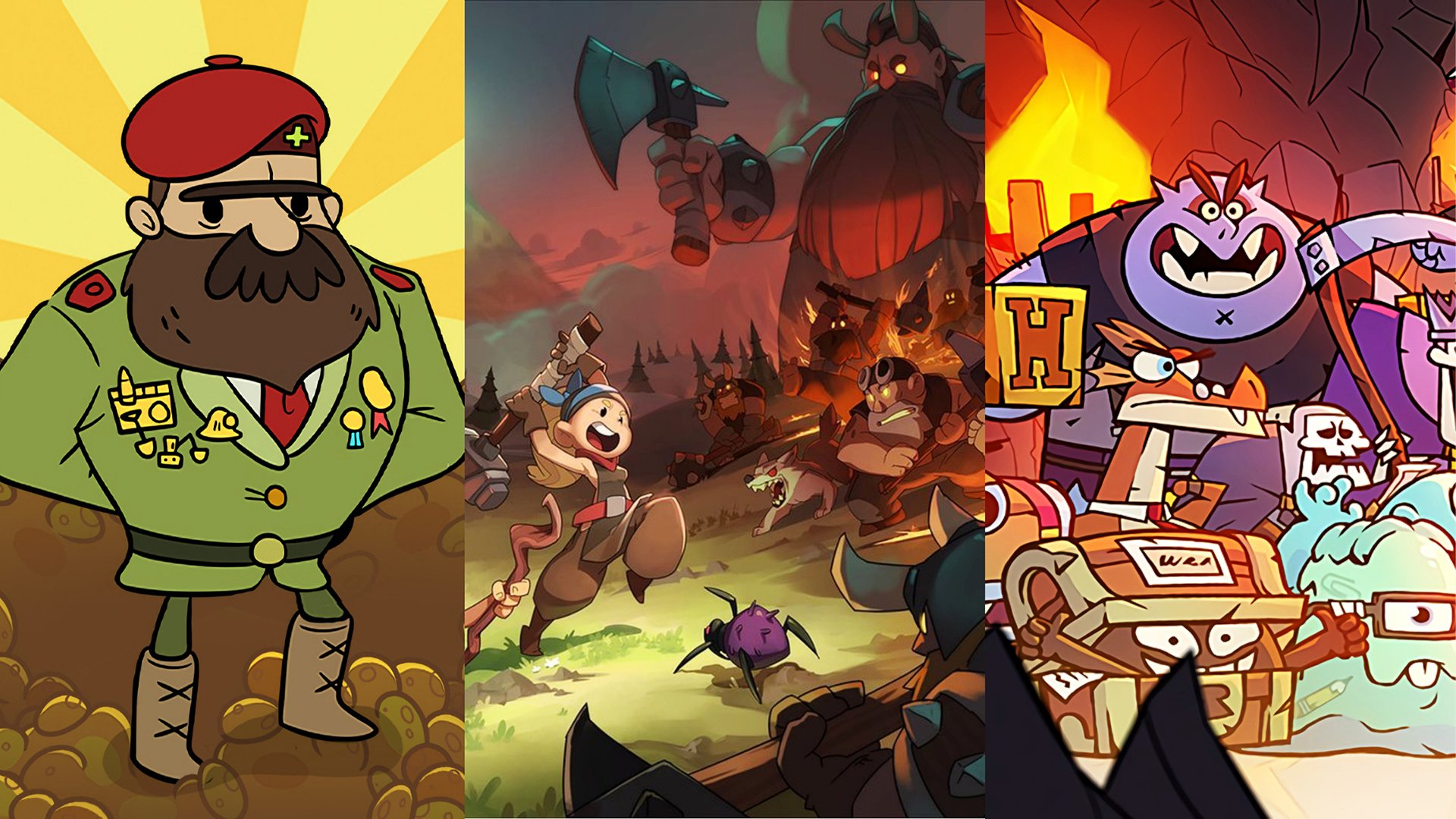 If you're the type who doesn't want to put in a lot of effort in games, then idle games are the perfect choice!

Sometimes you want to go all out and enjoy some intense gaming for hours, while other times you might not be that motivated and just want something relaxed and effortless. To this end, idle games are excellent. They usually involve some tapping and some management, but otherwise, they require nearly no effort.

To give you an overview of the selection, we prepared this list of the best mobile idle games available. With these games, you will never have to put in a lot of effort when you’re looking for a simple experience!

Stay on top of all the best games no matter the platform by checking out our other articles. Want a fantasy adventure? Take a look at the best RPG games! More mobile games that aren’t idle? The best naval games article is ideal for you!

In AdVenture Communist, you assume the role of a dictator who has to manage an entire country by farming potatoes. You start with a small potato farm, which gives you revenue the more you upgrade it, and further playing lets you unlock other sections of production, such as soldiers, propaganda, and much more. It is the sequel to the massively successful AdVenture Capitalist, and it is one of the best mobile idle games that is very well-designed with a good progression system!

Cryptocurrencies have become a norm in society today, and this game represents the emotional payoff that every crypto miner tries to achieve. The entire frame of the game is set in a small room/office environment, in the middle of which sits a computer setup. Your character sits there, typing and mining Bitcoin forever. The more you tap, the more Bitcoin you earn, which is excellent when you’re not looking for a game with more difficult mechanics. Since the crypto pulls in profits, you can progressively upgrade everything in your office the more income you generate. This can be anything from upgrading the PC to adding new pictures to the walls. Overall, Bitcoin Billionaire is one of the best mobile idle games for its niche.

Penguin Isle is a very relaxed game where your only goal is to create liveable habitats for penguins. Sometimes you do not want excitement, instead focusing on relaxing. This s something you always want to see in the best mobile idle games. You start with a small island of ice, which you can upgrade progressively. The longer you play, the more types of penguins you can unlock, so you can increase the diversity of your black and white buddies as much as you want! Penguins aren’t the only animal you can raise on your island, since the selection also includes other arctic animals that need to be discovered. Other than that, there is also the option of extensively decorating your island in your own style, so the game has a lot of creative freedom tied to it. If you want a small, zen game that you can play without much effort, Penguin Isle is for you!

One of the best mobile idle games to secure that nice dopamine progression rush, Bit City is great for anyone looking for a city builder with a very simple style. Here, you start with a very small city and you have to build it up into an empire by collecting building revenue and purchasing upgrades. It has a very bright, vibrant style to it, making it very easy on the eyes and a joy to look at. If you want to add some flair to the city, there is always the option of constructing landmarks and attractions that will generate even more revenue, aiding progression.

This is the mobile version of the critically-acclaimed Cookie Clicker. Your only goal here is to click the big cookie on the screen to increase the number of cookies in your bank. What makes this one of the best mobile idle games is the fact that clicking enough cookies will eventually allow you to purchase upgrades such as Grandmas, cookie mines, and much more. In the world this game is set in, everything is about cookies, and progression is key. There are a lot of progression-related achievements to unlock, giving you goals to fulfill at all times. The rate at which you can accumulate cookies is extremely quick once you get it going, with cookie numbers going into the quadrillions.

Moving on, we have a game that is as goofy as it is entertaining. The characters in this game are so incompetent and stupid that they somehow manage to become heroes that save the world from evil. You can create a party of wannabe heroes that start from nothing, they essentially just wave sticks around and hope for the best. However, as you progress through the game, your heroes will find themselves performing better and dealing more damage as they accumulate experience and gear that will progressively drop from enemies. Each character can be leveled up to a certain extent, geared up, and trained to use powerful abilities they can use against enemies. The general theme and feel of the game are quite thrilling and the feeling of progression is quite satisfying! It is highly deserving of its position among the best mobile idle games.

You always hear the fantastic tales of great heroes, mighty warriors, powerful mages, and agile rogues that tackle challenges in glorious ways, slaying monsters and defeating their leader. However, no one ever asks how the leader of the monsters is. In this game, the shoe is on the other foot as you control a giant tower that is supposed to produce a wide variety of monsters, from simple goblins to skeleton mages. Production is done in tower tiers. Each tier is dedicated to creating some sort of resource, like magical dust for books meant for research, or an underground generator that increases the resource output of the tower. Every time a monster is produced, it goes out of the tower to fight the group of adventurers that defeats them every time but passing the HP levels of the adventurers earns you treasure that can be used for upgrades. It’s a very intricate game that requires a decent amount of management compared to other best mobile idle games on this list, but it’s quite worth it.

Realm Grinder is an intricate fantasy idle RPG where you are given a small farm on a massive countryside that you have to progressively upgrade and improve, adding new buildings, defenses, and spells to use. Something that is taken from other fantasy city builder games is the option of faction alignment, where you select one of the factions to align yourself with. What is the goal of this? Well, each faction has a different playstyle, such as different units, and bonuses for actions taken in the game. For those of you who are completionists and like to discover a large amount of content and collect every achievement, then this game is for you. There is a wide range of achievements to collect and new game mechanics to explore, enough to keep you occupied for months! We expect this level of intricacy in all of the best mobile idle games!

There is just something about managing animals in idle games that appeals to everyone, and this game capitalizes on that rewarding feeling immensely. In this game, you run an egg farm that has to produce an enormous amount of eggs for distribution. Tapping on the big red button at the bottom of the screen will cause a horde of chickens to run out of the hatchery and go into their designated coops, at which point they will start producing eggs for you. The more eggs you collect, the more investments you can make such as larger coops, more storage silos, a better delivery system, and much more. There is also the option of acquiring prestige, which is the point at which you stop consistently getting eggs, so you can unlock new types of eggs that give you passive bonuses when you start over. This way, you can return to where you were quicker, and earn even more eggs. Easily one of the best mobile idle games!

This game is fairly similar to Idle Apocalypse in the sense that you play the part of the bad guy who has to manage a massive dungeon to increase profits as much as possible. You start small, of course, and slowly make your way up, adding more sections to your dungeon and increasing the variety of monsters that can go out and defeat enemies known as Tax Knights, who try to tax the money you earn. Another important element of the best mobile idle games is the ability to think outside of the box and come up with new ideas. Monsters aren’t the only thing you can develop in the dungeon, as there are other functions such as buildings that increase revenue, making the payoff quite satisfying once you get into the flow of management!

Now you are equipped with all of the knowledge to go out and do nothing! We sincerely hope that you find the right game for you and that your needs are met. If you’re still itching for more content, then we have other articles about other things, such as the best IOS games and the best mobile multiplayer games! 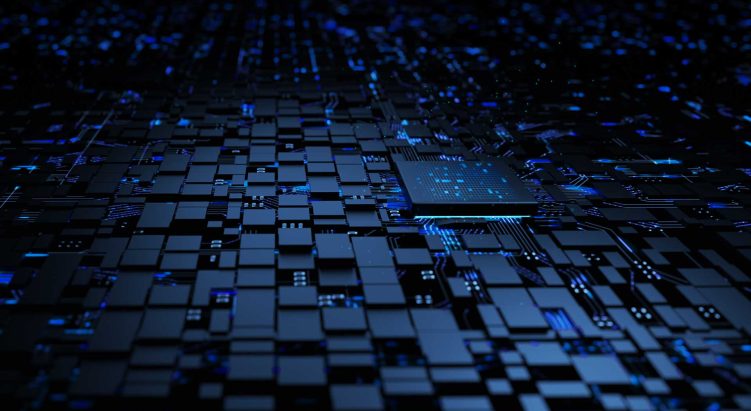