GPU overheating signs: How to stay in safe temperature range 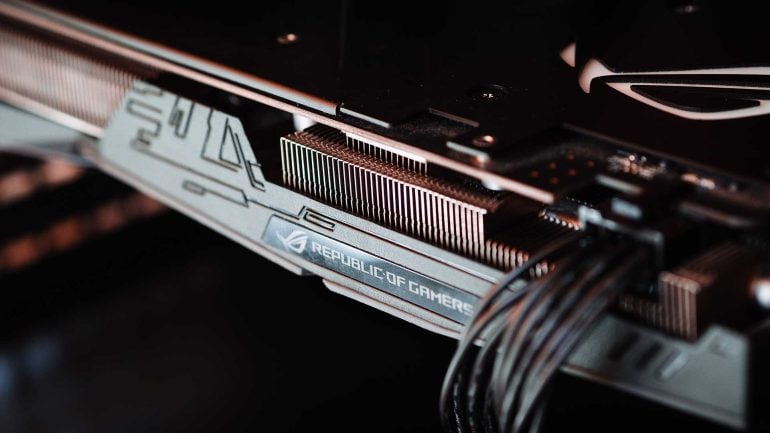 Today, we’re talking about GPU thermals. Specifically, how to tell if your GPU is overheating, what to do when that happens, how to prevent GPU from overheating, and more. We’ll also talk about the safe operating temperature range of graphics cards and how optimal GPU temperature is a variable that changes depending on form factor, ambient temperature, cooling system, and more. At the end of the article, you’ll find answers to the most common questions regarding GPU temperature.

GPU overheating signs and how to check GPU temperature

If your GPU suffers from overheating it will show. First of all, there should be a performance drop when playing games. During the first few minutes, the graphics card should work at its max performance but once it heats up, performance will decrease noticeably. This is due to the thermal throttling, a form of protection that keeps a component from working at unsafe temps by lowering its clock and thus performance.

In more extreme cases, the game will just crash in the middle of the gameplay. If you experience performance degradation followed by crashes to the desktop when gaming or doing GPU-intensive work, better check those thermals.

If you suffer from sudden drops in performance, you should download a GPU benchmark tool along with a monitoring app to see just how hot your GPU gets. The best torture benchmark for pushing GPU thermals to the limit is FurMark but you could use any other benchmark that has a stress test option. Superposition is a great free GPU benchmark we recommend using. When it comes to the monitor tools, we recommend getting the MSI Afterburner, or HWInfo if you want to monitor other components, not just your graphics card.

Other signs that show your GPU is overheating include fans spinning at 100 percent as soon as you start playing a game. Also, if your GPU fans spin at 100 percent when playing undemanding indie games or old PC titles, you should check out your GPU thermals. Next, if you’re working in apps that moderately load the GPU and the fans sound like taking off the ground, check thermals.

Now, different GPUs have different operating temperatures. For instance, most RTX 3080 cards operate between about 60 degrees Celsius and 78 degrees Celsius, which is the thermal performance of the NVidia RTX 3080 FE. This means that, if you have an RTX 3080 your normal operating temperature range is anywhere between 40-50 degrees Celsius when idle and up to 80°C when under heavy loads (gaming or rendering). The same can be said in case you have an RTX 3070 or the AMD RX 6800 or the 6800 XT graphics card.

In fact, most desktop GPUs should be fine working at or above 80 degrees Celsius. If you have a poorly ventilated case, an ITX case, or live in a hot climate, your GPU reaching or going above 80-85℃ isn’t something you should be worried about. Officially, the maximum GPU temperature for the RTX 3080 Founders Edition card (and for all RTX 3000 cards) is set at 93 degrees Celsius.

AMD RX 6800 series can also work at around 90℃ for the GPU core and higher than 95 degrees Celsius for the hotspot. In other words, these cards shouldn’t experience thermal throttling until they reach temperatures north of 90 degrees Celsius. In reality, however, you should keep the GPU below 90 degrees Celsius to prevent long-term damage due to working at extreme temperatures.

That said, the ideal GPU temperature for most graphics cards is at or below 80 degrees Celsius. This is the sweet spot that guarantees zero throttling and zero performance loss. But not everyone has the conditions needed for their GPU to stay in this Goldilocks zone. Again, if you live in a hot climate, have a poorly ventilated case, or an ITX case, it’s normal to see working temps north of 80 degrees Celsius.

Now, when idle, most modern GPUs turn off fans completely so seeing temperatures around 40-49℃ is completely normal. Most cards kick fans in when going over 50-60 degrees Celsius so you shouldn’t be worried if you see that your card is near 60℃ even when doing nothing.

When it comes to laptop GPUs, they usually run hotter than an average desktop GPU. High-end GPUs can reach temperatures close to 90℃, and seeing your GPU operating at 80-85℃ is much more common to see than on desktop GPUs. But if your GPU reaches and goes over 90 degrees Celsius, you should check to see whether that’s normal for your specific laptop model.

How to prevent & fix GPU overheating

Now, if you want to prevent your GPU from overheating the best thing you can do is clean the fans and the heatsink from dust regularly. We recommend every six months. Just take the GPU out, and then blow the dust away with a can of compressed air. You can also use a vacuum cleaner but compressed air is safer. You should also clean the whole PC from dust, once or twice a year.

Next, some cards come with a dual BIOS feature with one option usually targeting performance and the other silent operation. Silent BIOS is great for keeping the card quiet but that means higher operating temperatures. If you want the best thermal performance don’t use the silent BIOS if your card has it as an option.

Further, you can increase airflow inside your case by installing additional case fans. Optimal airflow setup in most cases consists of two intake fans on the front coupled with one or two fans on the top and, usually, one fan at the back. Fans on the top and back should push the hot air out of the case.

You can also take off the GPU heatsink and replace the thermal paste on the GPU die. It’s not too complicated and you should definitely consider it if you’d noticed your card started to get hotter and hotter and cleaning it and/or improving your case airflow didn’t work. You could also install an aftermarket GPU heatsink or a GPU AIO. Just remember that this operation, in most cases, requires lots of time and patience.

Now, if you plan on getting a new card and want to prevent it from overheating, definitely read and watch GPU reviews and get a model that has the best price to thermal performance ratio. This doesn’t have to be the most expensive card. Even some base models have great thermals. You should also watch for a card with a metal backplate. GPU backplate can decrease thermals for a couple of degrees if it’s made of metal and coupled with thermal pads.

If you have an ITX system, some cases allow for GPU deshrouding. This can have impressive results but it’s a quite complex operation. Next, you can simply lower the thermal limit of the card via MSI Afterburner. You’ll get performance degradation but the card will run cooler.

Some card models have their fans running below 100 percent even when the card reaches high temperatures. You can set a custom fan curve, also via MSI Afterburner, in order to get lower thermals. You also have the option to undervolt your card. This way you’ll get lower thermals with a small drop in performance, or even without performance drops.

Finally, if you’re in the market for a new GPU, look for a graphics card that’s equipped with a suitable cooling system. For instance, cards with shorter PCBs made for ITX systems usually have higher thermals than regular models. Next, if most models of the card you’re looking for come with three-fan cooling systems, avoid getting dual-fan cards since they will have noticeably higher operating temperatures. In general, you should avoid cards equipped with inferior cooling systems compared to most of their counterparts, since these usually sacrifice thermal performance in favor of lower selling price.

What are common GPU overheating symptoms?

The most noticeable are the sudden degradation of performance when playing games, games crashing to desktop after running fir for some time and fans even when the GPU is under light load.

How to check GPU temperature?

You can check your GPU temp by installing monitoring software such as MSI Afterburner, HWInfo, HWMonitor, and GPU-Z.

What is a safe GPU temperature?

It depends. Generally speaking, as long as your GPU temperature is lower than 90℃ under load it should be fine. That said, the ideal temperature for most GPUs is at or below 80 degrees Celsius.

What GPU temp is too high?

Most GPUs can operate normally up to about 90 degrees Celsius. Going higher than that will induce thermal throttling, which lowers the GPU clock to keep the card below dangerous temperatures. So, in general, an operating temperature of 90 degrees Celsius is considered too high.

How to lower GPU temp?

The simplest way is to clean the GPU from dust and/or install additional case fans. Other methods include reapplying thermal paste, setting a custom fan curve, undervolting the GPU, etc.