How to play Blox Fruits — become a pro and win

With our ultimate Blox Fruits guide, you'll be the strongest warrior in Robloxia! 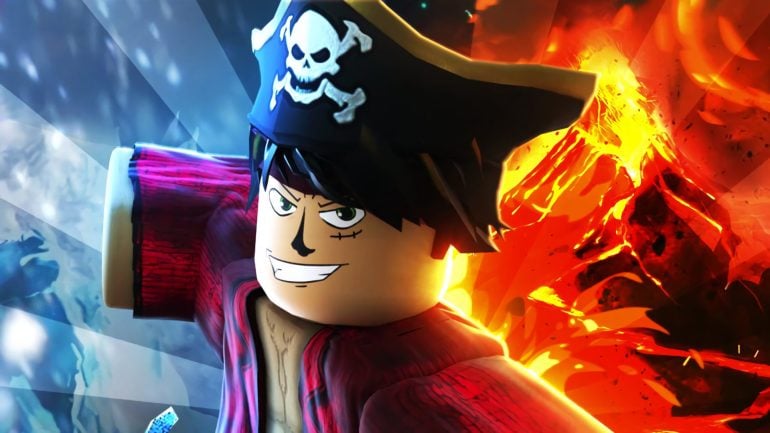 Blox Piece or Blox Fruits is a Roblox adventure-RPG game based on the Japanese anime television series One Piece. In the game, the player fights and trains to become a powerful warrior. Blox Fruits offers a choice about how you’ll go about this: you can group to take on bosses, you can fight waves of enemies, or you can sail across the ocean to find hidden secrets.

The game can be a little confusing to figure out on your own, especially in the beginning when there are better players out there, but don’t lose faith! Our in-depth Blox Fruits guide will unleash your inner warrior and ensure that you’re one of the strongest players around!

When you spawn in the game, you will be randomly assigned a Race: either Human, Fishman, Skypian, and Mink. This can be changed by purchasing a Race Change for 90 Robux. From here, you can further customize your character with weapons and accessories.

As you can probably tell from the name, ‘Devil Fruits’ are central to gameplay in Blox Piece. They can be found all over the in-game world or can be purchased from the Blox Fruit Dealer using either of Blox Fruit’s two currencies: Beli or Robux. There are three types of fruits: Natural, Elemental, and Mythological.

• There are currently nine logias, or elemental fruits, in the game, a category of fruits that can harness elemental forces to grant unique passive abilities. These are ‘Light’, ‘Ice’, ‘Smoke’, ‘Rumble’, ‘Dark’, ‘Sand’, ‘Flame’, ‘Magma’, and ‘Dough’.

The world of Blox Fruits is split into two ‘worlds’: the Old World and the New World. The Old War is split into a series of islands and villages separated by a vast sea. It includes islands like Starter Island, the Middle Island, the Jungle, the Pirate Village, the Marine Fortress, and the Underwater City. By contrast, the New World, otherwise known as the ‘Second Sea’, was released during Update 8 and unlocked when players are Level 700 or above. It features a series of large new islands, including the Green Zone, the Graveyard, the Dark Arena, the Snow Mountain, the Cursed Ship, the Ice Castle, and the Forgotten Island.

There are currently five currencies in Blox Fruits, all of which are acquired in different ways and are required to purchase different items:

Beli is the main currency used in the game. There are a few ways to collect Beli, including by killing NPCs, completing Quests, collecting Chests, participating in Raids, and fighting Bosses. As such, they are used to purchase more or less everything, including Weapons, Fruits, and Abilities.

Robux is Roblox’s inter-game premium currency, purchasable on the Roblox website for real-world money. Robux can be used to buy Weapons and Fruits directly or can be used to purchase Beli or other currencies. However, this isn’t often recommended: it can be just as easy to grind with the 2x Gamepass.

Fragments are a secondary currency added in Update 11 and found primarily in the Second Sea. There are several ways to earn Fragments, including defeating bosses, defeating enemy NPCs, completing raids, and defeating another player with a YouTuber Title.

Microchips are unique passes that must be purchased from the Smoke Admiral for 1000 Fragments. They are required to complete certain raids.

Ectoplasm is a secondary currency that can be obtained through several methods including killing certain raid bosses and picking up from cursed ship NPCs.

The main tip and trick to becoming a Pro in Blox Fruits is to redeem all the codes whenever they are released as early in the game as you can. This will help you get on the ladder immediately and begin to stand out in the crowd as soon as possible. If you haven’t checked out our Blox Fruits codes article, now would be a great time to check out. Here’s how you can use the freebies to your advantage:

At the heart of the game are RPG mechanics, and one such mechanic is experience points, necessary for levelling up your characters stats. There are five main stats in-game, including Melee, Defense, Sword, Gun, and Demon Fruit. To do so, you need to spend experience points on level-ups for these items. But different stat upgrade strategies are available to different kinds of categories. So, of course, sometimes you’d like to reset your stats. There are only three ways to do so: spend 75 Robux, spend 2500 fragments, or redeem a Stat Reset promo code. This can save you either real-world money or hard-earned in-game cash.

However, that’s not the only way promo codes can help you form your best character build. They can also offer x2 or x3 experience boosts for a set period. When activated, these boosts help you level up faster.

But another aspect of RPG gameplay is character customisation, and a big part of that in Blox Piece are in-game player Titles. There are currently one-hundred and thirteen titles in the game, each earned after a certain in-game achievement. Usually, these take quite a bit of grinding, with requirement tasks including defeating powerful raid bosses, PvP achievements and unlocking in-game weapons, accessories, and races.

Finally, promo codes can deliver Beli, one of the premiere in-game currencies. Although Beli is easily found in-game, or at a push can be purchased using Robux, redeeming promo codes can be a great way to find extra coins.

That’s all, folks! Everything you need to know to become a pro at Blox Fruits. If you liked this guide, check out similar guides that we’ve come up with for other Roblox games: Epic Minigames guide, Bee Swarm Simulator guide, Boku No Roblox guide. With all this information, you’ll be topping the leaderboards in every game you try!