i5 vs i7 for gaming: Which is better?

Find out how Intel’s latest generation of processors compare and why you should choose either an i5 or an i7 processor. 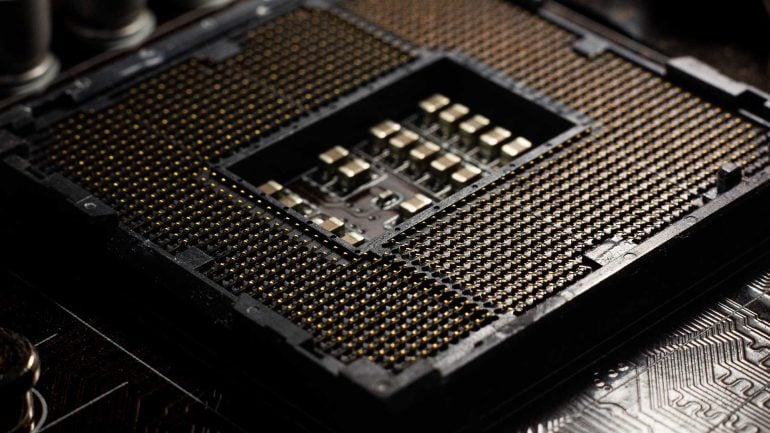 While the latest generation of Intel processors lost the gaming performance crown from Ryzen 5000 CPUs, Intel CPUs are still excellent gaming choices. While the K series CPUs aren’t the best when it comes to power optimization and thermals, they’re quite fast and a pretty solid choice for playing both esports titles and AAA games. Non-K series are memory limited when paired with a non-Z board, resulting in lower than expected performance on H and B-series motherboards.

That said, there’s the fact that we have a ton of different architectures and three main designs of the i5 and i7 CPUs. Placing them all in one basket is impossible. Older designs are pretty much impossible to pair with high-end GPUs because of the high level of CPU bottleneck that would cause. Newer designs (like the 8th generation of Core i5 CPUs) are still pretty solid for most games. On the flip side, they show signs of struggle in the latest open-world titles.

In other words, comparing the i5 vs i7 for gaming is simple and complex at the same time. While it’s easy to recommend something like the Core i5 10600K, non-K and older variants are quite slower in games on average. This is why we’ve decided to base our analysis on three distinct groups of CPUs. Each group is based on a different i5 and i7 design iteration. We have the good old 4c/4t i5s and 4c/8t i7s. Then, the experimentation phase at Intel with the eighth and ninth generation of CPUs. Finally, we have the 10th gen lineup where each CPU has hyperthreading enabled. At the end of each analysis, we’ve provided recommended GPUs to pair with different Core i5 and I7 CPUs. Let’s begin.

Okay, we’re starting with the first design iteration that ended with Kaby Lake. If you have an i5 from this generation the answer is clear: your CPU isn’t powerful enough to run the latest games without a heavy stutter. That said, 7th gen and older i5s can still be great for esports titles and most multiplayer games (stuff like Battlefield 5 are pretty punishing on the CPU), even for the high-refresh-rate experience.

On the other side, we have the i7 CPUs that come with hyperthreading. This makes them suitable for the latest AAA titles, but far from a perfect choice. We’re going to use this Cyberpunk 2077 CPU benchmark from GN to see what kind of performance you can expect from different CPUs. And, as you can see, the 6700K and 7700K are still good enough for 60fps gameplay since the Core i5-8600K, which is pretty similar in performance, does rather well in Cyberpunk 2077.

So, to summarize. 4c/4t Core i5 CPUs are great for esports titles and they can run most AAA games but you’ll notice stutters and low frame rates in the latest open-world titles and other CPU-intensive games. If you have an old Core i5 we wouldn’t buy anything more powerful than the GTX 1650 Super.

6th and 7th gen Core i7s, on the other hand, can handle modern games quite well. They cannot run games at high refresh rates but they could be used to play the latest AAA titles at 60fps. You’ll probably experience an occasional stutter in some games, but nothing that could ruin the experience. If you want a new GPU for your Core 7700K/6700K we wouldn’t get anything faster than the 3060 Ti, at least when it comes to newly released graphics cards. If you want to minimize the amount of CPU bottleneck, get something like the RTX 2070 Super or the Radeon RX 5700 XT.

Buying any of these CPUs is a bad idea unless you get like a $50-80 offer for something like the 7700K. But in all other cases, it’s better to get a modern budget CPU.

Okay, Intel did some experiments with the eighth and ninth generation of its Core CPUs, resulting in unconventional CPU designs, like the i7s without hyperthreading. When it comes to i5 CPUs, If you have the Core i5-8600K or the 9600K or lower, expect less than ideal performance in the latest and upcoming AAA games.

Now, while Watch Dogs: Legion isn’t the most optimized game in the world, this DF benchmark does give you a pretty good estimate of what kind of performance you’re losing compared to using some of the most powerful CPUs of today, like the 10900K or the 3900X. And results show about 40-50 percent lower performance than the 10900K and the 3900X. That’s a lot but, luckily, you should get a pretty solid 60 fps experience with occasional dips below 60fps when using the 8400, 8600K, 9400F, or the 9600K or KF.

The situation with Core i7 CPUs is much better. That said, the Core i7-9700K has a really weird performance drop when CPU bound but once we use realistic measurements (1440P resolution, going over low settings) the 9700K performs rather well despite it being an eight-core/eight-thread design. The situation is even better for the Core i7 8700K, which shows again it was one of the best CPUs Intel released in a while. Even today, it’s competitive with newer high-end CPUs even though it got released in 2017.

So, if you own a Core i7 8700K or the 9700K you will have a great experience in AAA games. You can easily reach a stable 60fps performance no matter the resolution (as long as your GPU is up to the task) and if you desire, a high-refresh-rate gaming experience is possible in new AAA games. As for the recommended GPUs, you can freely pick an RTX 3080 or the RX 6800 XT. Just make sure you have a PSU capable of running these monsters.

Now, buying one of these CPUs new is a bad idea, especially considering the fact of how much used i5s and i7s cost on the used market. It’s better to get something like the Core i5 10400, Ryzen 3600, or hell, even the R3 3300X if you can find it anywhere.

Last but not least we have the 10th generation of Core CPUs. These are great gaming choices, especially with the current situation regarding price and availability of the Ryzen 5000 lineup. At its current retail price, the 10600K is a great substitute for the R5 5600X. It’s a bit slower, it needs more power, and it runs hotter. But, it can also be paired with a budget Z490 board, it costs less than the 5600X, and it can have great OC results even if air-cooled. Further, the 10600K still is a blazing fast gaming CPU, allowing for an excellent high refresh rate gaming experience as long as the rest of your rig can handle the stress.

The 10700K is another great gaming CPU that can run any game without issues and is capable of delivering a high refresh rate AAA experience. The main downside of the 10700K is the current price, which is a bit too high. We would recommend getting the 10600K over the 10700K but if you want those two extra cores the 10700K is a solid choice.

When it comes to the non-K models, the 10400 (or, even better, the 10400F) would be a pretty solid gaming choice if Intel allowed faster memory on B and H motherboards. But, again, considering just how pricey the R5 3600 is at the moment, investing more cash in a Z-series board and a 3200Mhz CL16 memory would still make it cheaper than getting the Ryzen 3600 and a quality B550 or B450 motherboard. Also, the 10700F looks like a solid choice in case you cannot find the R7 3700X at its usual retail price.

Finally, when it comes to GPU recommendations, get any graphics card you want. The only limit is your budget since these CPUs have excellent gaming performance. Now, if you pair a non-K CPU with a B or H-series board, you’ll get lower CPU performance so in this case, we wouldn’t go higher than the RTX 3060 Ti, maybe RTX 3070 if you really need those 10 percent extra performance.