What is the best cruiser in World of Warships?

Check out our picks for the best cruisers in World of Warships for three distinct play styles! 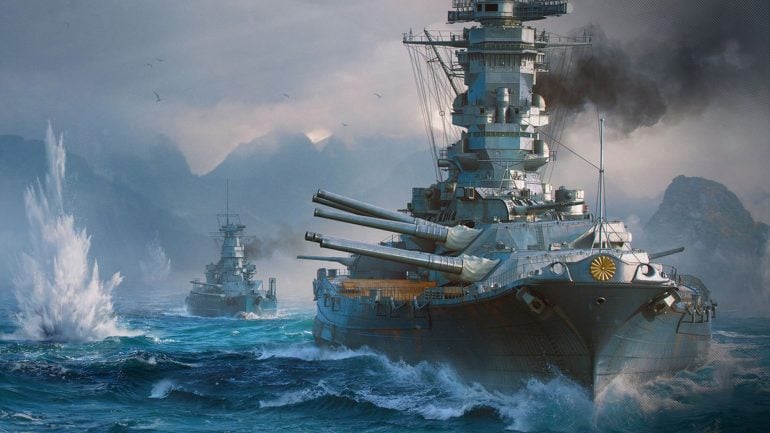 As with any game where you have a ton of choices, players will want to know what the best of the pack is. In World of Warships, you’ve got four distinct ship classes and more than 540 unique battleships to choose from. That’s a ton of choices!

Fortunately, World of Warships is balanced enough that there’s no single, definite answer to the question “What is the best cruiser in World of Warships?” But there is only one proper response: “What do you like to play?”

In this guide, we’ll list what we believe are the best Tier X tech cruisers in the game for three different play styles: general play, brawling, and kiting. We’ll get into what makes these ships great and how their loadouts and characteristics make them the best for their play style.

No matter what your ship of choice, you’ll definitely want to catch up on these World of Warships invite code 2023 to get awesome bonuses and great rewards—totally free!

It’s not often the World of Warships community comes to a consensus on anything, but it’s almost universally agreed that the Des Moines is a great cruiser. This American supercruiser isn’t just loads of fun to play, it has a great kit that guarantees you’ll make an impact in any engagement.

With 203s and quick-reloading cruiser guns (really; the DM’s guns reload nearly as fast as light cruiser guns), it’s a menace on the waters. Its AP has great penetration angles, making the Des Moines deadly at close range. Sure, you’ll have to get used to the guns’ poor dispersion, but it’s worth tackling the learning curve for this kind of destructive power.

Throw in decent concealment and one of the best radars in the game (10 kilometers!) and you have what is, inarguably, one of the best (if not the best) cruisers in World of Warships.

The Petropavlovsk (or Petro) is a floating monolith with an ultra-tough shell and crazy powerful AP guns.

The dispersion on this ship is super-frustrating. Fortunately, the Petro has lots of armor, so you can get in close and do decent damage by straight up brawling. Like the Des Moines, the Petro has great penetration angles, so melee range is truly where it shines.

One surprising feature of the Petro is that it’s surprisingly hard to citadel. The Soviet supercruiser has good concealment and it sits pretty low in the water, too. And let’s not forget its amazing 12-kilometer radar, which makes it a hard ship to get the jump on.

The Petro is an armored beast that’s hard to kill but a bit of a bore to play. It’s the perfect cruiser for less technically skilled captains (be honest!). At the very least, you’ll be a floating bullet sponge that the enemy can’t ignore.

Maybe you prefer jumping in and out of frays and being an overall nuisance to the other side. Well, the Venezia is exactly what you’re looking for. This nimble Italian cruiser has excellent maneuverability and powerful SAP guns, making it hard to hit and something to fear at close range.

The Venezia’s greatest strength lies in its agility. It boasts excellent fuel smokes that allow it to maintain stealth while also cruising at full pace. When played correctly, it’s a devil to deal with due to hard it is to predict where the Venezia is and where it’s going.

Its guns use semi-armor piercing shells, so you get decent armor-piercing capabilities with the DPS consistency of high-explosive rounds. It’s not the hardest-hitting salvo around, but it hurts plenty, and with the Venezia’s quick movement and fast reloads, you’ll be back in no time to lay down another salvo.

The Venezia is excellent for poking runs into enemy-controlled capture points, especially in a division with a DD or radar. Sneak in close, unload your salvo at any defending DDs, then pop smoke for a quick escape.

Those were our picks for the best cruisers in World of Warships for different play styles. We think we’ve laid out some pretty strong arguments for why we love these supercruisers, but if you disagree, that’s fine, too! After all, when it comes to World of Warships, the best ship is always the one that you love playing.