Overwhelmed by the availability of tanks in WOT? Read on to explore the top tank in each tier. 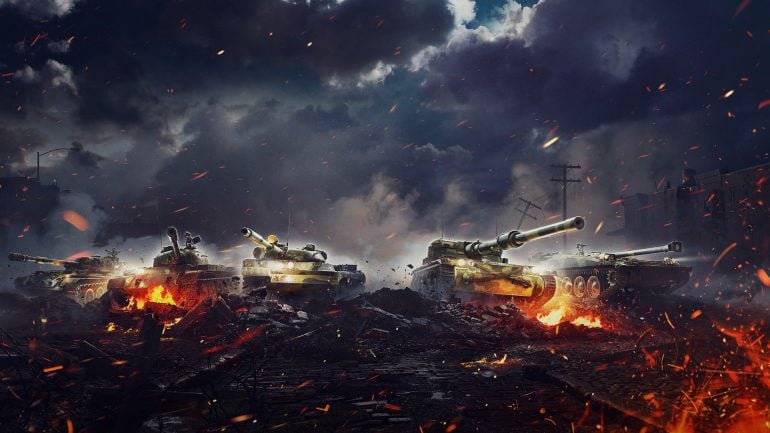 In World of Tanks, there are many tanks at your disposal. Light, medium, heavy, German, American, Soviet, and you name it, there’s a whole catalog split into classes and roles – and to be specific, there are over 600 tanks. That’s a lot of vehicles to choose from. Even if you did, there’s a solid chance you might miss out on the one that suits your play style. So, allow us to present you the hand-picked list of World of Tanks best tanks.

Some players like to go all-in on the battlefield, while others plan long-term strategies to out-brain the opponents. Therefore, every World of Tanks player has a different choice. To save you from manually researching the World of Tanks best tanks, we have selected the top-tier vehicles in the game of all time. So, fear not the overwhelming availability of tanks in the game!

To help you fight on your own terms, we have picked the best tanks in their league (tier). As there are ten tiers in the game (divided into five tank types – light, medium, heavy, destroyers, and Artillery), we’ll be listing down the top 10 World of Tanks best tanks in the piece. So, tighten up your seat belts, and let’s start with the tank shopping.

P.S. we recommend also checking out the latest World of Tanks codes afterwards!

Designed during the Interwar Period, Leichttraktor was a German experimental tank. In the game, this is one of the World of Tanks best tanks for players new to the tanking experience.

Leichttraktor boasts the best stock gun found on any Tier 1 tank. Not only that, the gun has a worldly rate of fire and accuracy to help players get the upper hand when going offensive. View range of the tank is also the longest in the league. Mobility is super good, thanks to the respectable speed and overall structural design.

One sector where Leichttraktor lacks is armor. Even the nominal attacks from average tanks would greatly affect your battle partner. So, don’t forget to update your engine to speed up the already sonic tanker for compensating the okayish defense.

Another light tank pick, Renault R35, is a French infantry tank from the Second World War. Players of the game prefer it due to its supreme defensive capabilities and rock-solid gun depression.

Renault R35 features sturdy and strong all-around armor. That’s why it can easily absorb good damage – without breaking any sweat. In terms of offense, you can use its gun’s adequate penetration, good depression, and elevation values to land some serious damage.

However, the beast has two downsides, mobility and low DPM. The butt of the tank is 32mm thick – which is more than the majority of Tier II vehicles. You’ll find it difficult to roam around in the tank, especially in cramped spaces. Although the stock gun has good penetration, its Damage Per Minute (DPM) is not so great due to long reload times.

Renault R35 exceeds expectations in terms of defense. Whereas on the attacking side, you can’t expect much. Overall, it’s one of the best Tier II tanks you can use in pretty much any style of play.

Somua S35 is a medium tank that was used in the Second World War as a cavalry. This tank has a global win percentage of 51.8% and 629 Global WN8.

Strong armor, good gun handling, and solid gun depression are the main selling points of Somua S35. This truck can easily take an ample amount of attacks and get away with no scratch whatsoever. A+ gun handling and depression make it one of Tier III’s most reliable fire powers.

On the split side, you don’t want to get stuck with the Somua S35 in the middle of the battlefield. This tank doesn’t get along with one of the most vital factors for attack-first tanks, mobility. Similarly, the tank’s low DPM also makes you avoid it when shots are raining like cats and dogs.

All-in-all, Somua S35 is one hell of a tank for defending your position and taking on enemies from long ranges.

Are you looking forward to going all-in? Then the P26/40 is your best bet. Surely, it doesn’t offer the combat balance of the popular German Pz. IV or the mighty cannon of the US T6. However, this tank boasts one solid element that others don’t – unmatchable HE shell penetration.

P26/40 can swiftly destroy all the Tier IV and many Tier V tanks. You just need to pick the right spots roughly, and the tank will do its thing. In addition, this tank’s lightning-fast reload time makes it one of the most reliable partners in jam-pack scenarios.

Average mobility, below-par HP, and okayish range make P26/40 somewhat limited. However, in terms of penetrating armor, you won’t find a better option than this tank in Tier IV.

P26/40 is ideal for players who are knowledgeable about how the game armor system works. Because once this tank starts shooting at the right targets, it’s game over for the receiving end.

It’s time to bomb the enemies out of existence with the American T67 tank destroyer. Loved by tankers worldwide, this tank is known for its overpowered short-distance combat potential.

T67 has a rapid-fire rate, speedy acceleration, powerful cannon, and terrain adaptability. You can expect top speeds on pretty much any type of landscape and bomb your enemies with the highly powerful 76mm M1A1 cannon. In addition, this tank’s agility lets you destroy and run your opponents in no time.

However, T67 features low-HP and feathery armor. Meaning, you literally have to fire and run to avoid getting bamboozled by the side plans of your opposition.

All-in-all, T67 is one of the attacking monsters in Tier V that you can use to surprise any line of defense. Having said that, you need to be super careful as its low HP and weak armor can haunt you in unexpected situations.

O-I is one of the tankiest tanks you’ll find in Tier VI. Unfortunately, people don’t know much about this super-heavy Japanese tank in general, as the project was hidden for some reason. But in World of Tanks, players love it!

O-I is chunkier, bulkier, and greener than the ones in its league. This tank has a massive HP rating, 150mm-thick front armor panel with a range of powerful short-range guns. A tall turret lets you shoot from point A to B without any problem.

As O-I falls under the category of heavy tanks, don’t expect it to be mobile and agile. Yeah, you won’t face any huge friction moving in confined spaces – but you also won’t be able to get away with buttery-smooth movement. Gun’s poor handling is also a thing you should keep in mind when attacking your enemies.

Great armor and damage-effective short-range guns of O-I make it a perfect through and thorough firefight companion.

With a global win percentage of 52.9% and 1254 global WN8, AT 7 Tier VII is a heaven-sent gift for many players. Definitely not made to be used as a single combat partner, AT 7 has a respectable reputation for long-term camping strategists. AT 7 has a great gun, good armor, and a very high HP pool.

You can use the tank’s gun to penetrate almost any given armor without worrying about accuracy and DPM. Its armor also holds up pretty well against top-tier tanks. And the extra HP pool just adds a cherry on the top. So, with AT 7, you can accurately shoot impactful damage to your enemies while receiving some in exchange.

The only thing that AT 7 fell short of is its mobility. Other than that, it’s a top-choice for tankers to demolish the plans of their opponents in no time.

Make the most of every mistake your opponents make with the Tier VIII T-44. This Soviet medium vehicle possesses the best net mobility in its league of tanks. You can use this underrated giant to perform deal-breaking attacks quickly or distract the opposition.

T-44 is fast, strong in defense, and features a low profile – fitting perfectly into any offensive equation. You can easily move around in this tank, invite the enemies into a trap or launch a quick attack to finish off the game. This tank also matches all the requirements to be a great support vehicle.

Poorly penetrating gun options, low HP, and armor (compared to other tanks in the tier) are the only disappointing characteristics of T-44. However, if you use it as a support tank, you won’t find a better candidate, period.

Many call it the French Conqueror, but we prefer to call it by its original name – AMX M4 mle. 51. Indeed, it resembles the British Conqueror; it’s more useful and rowdy on the battlefield.

AMX M4 mle. 51 has some serious tanking abilities built into it. Starting with the gun, it features a mind-boggling 120mm that competes with Tier X tanks without falling short in any aspect. For defense, the tank has rock-solid frontal armor that doesn’t let you down in unpredictable times.

Another thing that makes AMX M4 mle. 51 more capable than the British Conqueror is its above-average mobility. This tank lets you camp or maneuver through any tight place with ease. The only sad part about this tank is its bigger brother, AMX M4 mle. 54.

All-in-all, there’s really nothing to dislike about the AMX M4 mle. 51.

What should I do to destroy this tank? That’s the question every World of Tanks player asks in rage when facing the mighty Object 430U. Belonging from the Soviet’s medium tank line-up, this tank excels in pretty much any department.

Speed, mobility, armor, firepower, and you name it; there are a ton of things to fall in love with Object 430U. First, there’s the 120mm gun that’s responsible for landing the best damage-per-shot rates in Tier X. Then, there’s the lightning-fast reload speed with pinpoint accuracy. The large HP and fantastic agility of the tank are also mentionable.

The only true weakness of the Object 430U is its front caterpillar track. Other than that, the front plate armor and the side ones can impressively stand against all types of attacks.

Object 430U is the choice of pro tankers in short and mid-range combats. Similarly, this tank has a forgiving learning curve – meaning you can master it in a matter of days and run the battlefield like a true commander.

Take charge of your next vehicle by choosing the one from above and smoke your opponents. If you enjoyed the list, we bet that you’ll love our countdown of the best tank games and best war games. Till then, RTB – Return to Base.