Details on how they stack up against each other and which one is better for your needs. 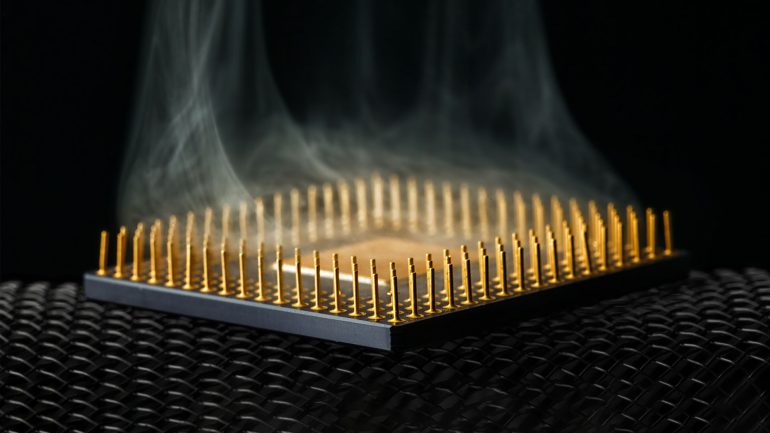 AMD’s Ryzen 5 5600X and the Ryzen 5 3600X are six-core Ryzen offerings separated by one generation. The former is a member of the recently released Zen 3 family of CPUs while the latter was released back in 2019, as part of the Zen 2 CPU lineup. The 5600X is a better all-around CPU but it’s also much pricier than the 3600X. But just how much faster the 5600X is and is the price difference worth the performance increase? Find out below.

While they share the general architecture, chipsets, and socket, the 5600X and the 3600X are based on a different chip design. Both are six-core and twelve-thread CPUs but instead of using a four-core CCX (core complex) design found in Zen 2, Zen 3 CPUs have eight-core clusters. This means that the 5600X uses just one CCX instead of two found on the 3600X, with a shared, 32MB L3 cache memory pool instead of two L3 cache blocks found on the 3600X.

In other words, the 5600X boasts a single CCX design with six active cores instead of a dual CCX design seen on the 3600X, leading to dramatically reduced core-to-core and cache latencies, one of the main reasons for the 19 percent IPC boost AMD claims Zen 3 has over Zen 2.

When it comes to chipset compatibility officially, the Ryzen 5 5600X can only run on B550 and X570 boards, at least for now. B450 and X470 boards should receive BIOS update sometime in early 2021, which will bring Zen 3 support to these older chipsets. Despite this roadmap, some manufacturers have already released beta BIOS updates for some of their B450 and X470 boards, allowing users to run Zen 3 CPUs, but with all caveats of having a beta BIOS (bugs, issues, etc.).

As for the 3600X, it can run on everything starting with B350 and X370 motherboards. No beta BIOS, no issues, the CPU just works on most AM4 compatible boards. But since the 3600X is more power-hungry, it cannot run on the cheapest boards available since those have horrendous VRM setups. The 5600X can run on pretty much any B550 and X570 board, even the cheapest ones that have quite poor VRM designs.

When it comes to the box cooler performance, the 5600X comes with a Wraith Stealth cooler that can keep the CPU at bay even during stress tests. On the flip side, the box cooler is loud as hell and it cannot keep the same all-core boost as other, pricier and bigger coolers. If you want to get the 5600X it’s worth investing in a more capable CPU cooler. The same story goes for the 3600X. The box cooler (Wraith Spire instead of Wraith Stealth) is enough to keep thermals in check but be ready for lots of noise.

The Ryzen 5 5600X is miles ahead of the 3600X when it comes to gaming performance. In fact, the 5600X is one of the best CPUs to get if you want to get a brand-new high-end graphics card. It’s bested by the 10900K and other Zen 3 CPUs in most titles but differences are in many cases only a couple of frames, reaching maybe ten percent in a few select titles. At 1440p and 4K, there’s basically no difference between the 5600X and much pricier, flagship gaming CPUs.

The difference between the two CPUs in games at 1080p goes from about 15 percent up to almost 80 percent, depending on the title. In other words, 5600X is a much better gaming CPU. That said, the 3600X (as well as the 3600) is still a capable gaming CPU that can handle basically every graphics card you throw at it, especially at 1440p and 4K. Also, the difference between the two will be much less pronounced in real-life conditions that usually don’t include an RTX 3090 used at 1080p.

When it comes to productivity performance, the differences are there but they are much less pronounced in most use cases. The biggest improvement is in apps that benefit from powerful single-core performance, one of the biggest upgrades Zen 3 brings over Zen 2. In heavy multicore tests, the difference is not high enough to even consider an upgrade from the 3600X to the 5600X.

Overclocking the two CPUs will give you a bit more frames in games, but neither CPU is great for overclocking. The 5600X can net you a couple of frames more in games and a more substantial performance benefit in multicore tests, but for most users running the CPU at stock clocks is the way to go. The same can be said about the 3600X.

Overall, the Ryzen 5 5600X is a massive upgrade over the 3600X, at least when it comes to gaming. Productivity performance is higher, but not by a lot. Then, there’s the price. The Ryzen 5 3600X is, at the moment, just twenty percent cheaper than the 5600X. if that’s the case in your area, don’t think about getting the 3600X. The 5600X is definitely worth its price. You can get a cheaper board or keep the box cooler for a while, until you save up for a decent aftermarket solution, and soak up the price difference.

On the other hand, the 3600X never was a particularly popular CPU due to the fact that the Ryzen 5 3600 costs way less while providing almost the same performance. And this is true, even today. At the moment, it seems that the 3600 saw a price increase due to the launch of the new CPUs but we reckon it will start selling at its regular price soon. If you can find it for less than $200, it’s still worth getting if you need a budget gaming CPU.

The 5600X, on the other hand, is the best bang for the buck gaming CPU at the moment. If you need a fast CPU that works amazingly with every modern game, get it. It has almost the same gaming performance as the 10900K and other Zen 3 CPUs with the Ryzen 7 5800X, placed one tier above the 5600X, sporting a 50 percent price premium over the 5600X. For the price difference you can get a higher tier GPU, double your RAM or get a faster RAM kit, or upgrade multiple components (get a larger SSD and a better case, or a better board and better cooling, etc.). The CPU also doesn’t demand an expensive board and cooling making the 5600X the best choice for people who want the best graphics card but don’t want to spend a fortune on their CPU.