Looking for a rustic experience in Minecraft? Check out some of the best Minecraft steampunk texture packs! 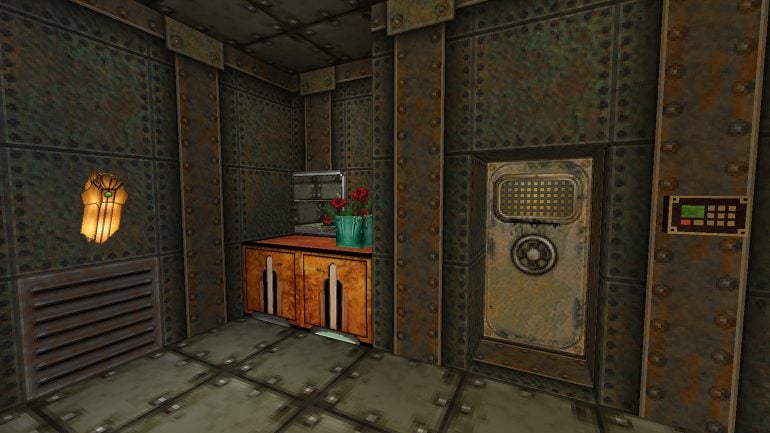 Minecraft has had its fair share of texture packs over the years, with the community designing breathtaking textures and character designs to take your game to the next level. Texture pack themes range from whimsical fantasy to gritty realism to steampunk, which will be our talking point today.

We’ve prepared this list of the best Minecraft steampunk texture packs you can use right now to live out your steampunk fantasies. These packs are creative, interesting, and touch up on some of the most prevalent themes of steampunk, from the clothing to automation. Overall, you will not go wrong in choosing any of these packs.

We always love seeing creative texture packs in Minecraft because they improve the gameplay experience, but what’s even better is that you can also take all of your favorite packs and use them in some fun adventure maps! Or maybe you’re a fan of the best Minecraft storage mods, for utility? Take your pick.

Anthem is meant to bridge the gap between steampunk and fantasy by bringing in elements from both genres into one concise, compact texture pack. The textures here are very well done, even though it’s the author’s first time even making a texture pack, so it just goes to show that you don’t need tons of experience to create one of the best Minecraft steampunk texture packs. Other than that, the pack is guaranteed to bring you everything you want from the steampunk genre, and much more!

This pack will drastically change the way the game looks for you by giving your entire world a copper hue on top of a new GUI and textures. The textures are not drastically different from the base game, but you will definitely notice a difference when you just start playing with it. This is one of the best Minecraft steampunk texture packs and we highly recommend you try it out with some shaders!

Moving on, we now have Crisp Revival. This pack was meant to freshen up your gameplay experience by buffing up all of the textures and making everything look more refined. The textures are sharp, vibrant, and perfect for anyone looking for a fantastic steampunk experience. Of course, Crisp Revival doesn’t have a hardcore steampunk look, but it can fit very well into any steampunk world, nonetheless.

This texture pack is a bit unique when it comes to the best Minecraft steampunk texture packs because it actually impacts the difficulty of Minecraft to a degree. This is due to the way monsters and villagers are textured since they will have different outfits and disguises depending on the biome they are in. Creepers are very specific here since you could be walking in a desert biome and suddenly get assaulted by a sandy Creeper! Overall, it adds more depth to the game and a lot more fun with the enemies.

The sea is a common theme in the steampunk genre of art, most notably deep-sea diving where you scan the sea in a rusty submarine. This texture pack attempts to capture that idea and bring it to Minecraft. All of the textures concerning metal and building materials look more rickety and rustic, deepening your immersion and fun if you’re a fan of the steampunk aesthetic!

Now we come to a texture pack that is incredibly immersive and well-done. The textures are next-level when it comes to the developer’s eye for detail, as the blocks remind you of really old appliances and rustic building materials. Overall, we highly recommend this texture pack if you’re looking for something well-made and breathtaking. The developer deserves all of the recognition they get for this epic pack!

When it comes to quality and conveying a message, you can’t get much better than Devorian Steampunk. This pack is amazing and features some incredible textures that somewhat remind us of the Bioshock Infinite series, and that’s a massive plus. One of the most defining factors of this texture pack is the way wood and metal are textured. They are shiny and uniform, ideal if you plan on doing some train builds later on.

John Smith Legacy is another texture pack that walks the line between steampunk and fantasy, choosing to blend together elements from both genres to bring us something new and exciting. The developers behind this pack have worked on other fantastic packs, so you can expect the quality to be top-notch! When it comes to the actual look of the pack, it is reminiscent of an improved vanilla world, with textures that really pop when you start playing.

There really isn’t much to say about this texture pack because it only changes one aspect of Minecraft — Copper. The Copper blocks in this pack have been improved to appear waxed, and we all know how important Copper is in any steampunk dynamic. Consider this texture pack if you’re looking for an add-on for the other Minecraft steampunk texture packs you have.

And finally, we have a texture pack that is aimed toward those of you who appreciate engineering and playing with energy. Balanced Energy brings us completely new textures for Redstone-related blocks and even adds unique energy circulation particles so you can more distinctly tell when something is connected and powered up. It doesn’t have futuristic themes because it was originally meant as a steampunk texture pack, and it fits very well into the realm of the best Minecraft steampunk texture packs!

That would be all we have to say about the best Minecraft steampunk texture packs. These packs are fantastic for any steampunk setting and we urge you to try all of them out and see which one suits you the most. If you ever want a break from Minecraft, consider checking out the best war games, best naval games, and the best free PC games.