Looking to make Minecraft look amazing and fresh? Check out some of these awesome 1.18 shaders! 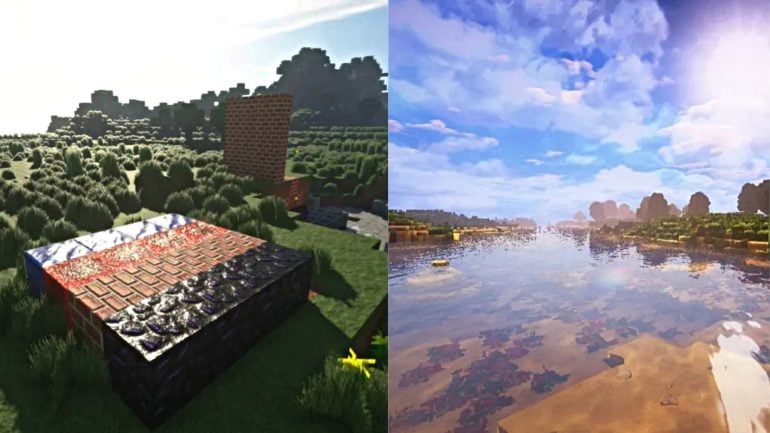 The main idea of Minecraft is that it’s a very simple-looking game since it’s just made up of blocks, and that holds up for the most part. While you might assume that the blocky nature of Minecraft can get boring and repetitive at some points, that’s not often the case. However, some people might find the need to use some shaders to improve the look of their game.

Instead of that, we’re going to be listing some of the best Minecraft 1.18 shaders you can use to vastly improve the graphical quality of the game. They are extremely easy to install and use, but you might require a beefier computer to run some of them. Nonetheless, they are a very nice addition to the game and everything should use them if they’re able to.

We love everything that revolves around improving the graphical quality of Minecraft because it’s always nice to change up our favorite game from time to time. If you’re a fan of shaders in general and play other versions of Minecraft, we recommend you take a look at the best Minecraft 1.17 shaders and the best shaders for Minecraft Pocket Edition!

The very first entry we have on this list is BSL Shaders, which are the most popular shaders for all versions of Minecraft. This is largely because the creators are very dedicated to making their shaders as life-like and high-quality as possible so you can enjoy them as you deserve to. Many visual features go into these shaders, from lens flare to anti-aliasing to sky customization. As you can see, BSL shaders are very hard to beat but very demanding at the same time.

SEUS Shaders are some of the most extreme shaders you can find for the game because they so increase the graphical quality of the game so vastly with their incredible lighting quality. Once you get into the game with these shaders, it might be a bit daunting because you’re not sure at which point your computer is supposed to explode, but nonetheless, it looks absolutely amazing. We highly recommend these shaders if you appreciate lighting quality and in-depth customization.

Everyone knows about Sildur’s Vibrant Shaders. These shaders are best applied when you’re looking for something that will add more life to your Minecraft world, making it look more welcoming and interesting. These shaders aren’t as extreme as the previous ones we’ve mentioned because they focus more on subtle changes to the lighting and other small elements instead of drastically changing the way the game looks. Because of this, these shaders are great for people with weaker computers.

Luminosity and ambiance are the most important features of Triliton’s Shaders. These shaders remove any monotonous gloom from the base game and apply a color filter to it that makes all of the colors pop and look amazing. Besides that, you can expect to see some fantastic water elements because it vastly increases the refraction quality of the water so it looks almost lifelike. The general look of Triliton’s Shaders is very unique and anyone can enjoy them to the fullest.

And finally, we have one of the best Minecraft 1.18 shaders that provide your game with a rustic tint, ideal if you’re going for some medieval fantasy builds and need that very specific colorway to make it work. Another bonus of RedHat Shaders is that they are compatible with optimization software like Iris and OptiFine, so you can most likely run it on any computer without any major issues. We highly recommend these shaders if you’re looking for something between extreme and subtle.

There you have it, five of the best Minecraft 1.18 shaders that are perfect to add to your game and vastly improve it. We know that you must be an avid fan of Minecraft, but everyone needs a break sometimes, so we also encourage you to take a look at the best horse games, best cross-platform games, and the best naval games!