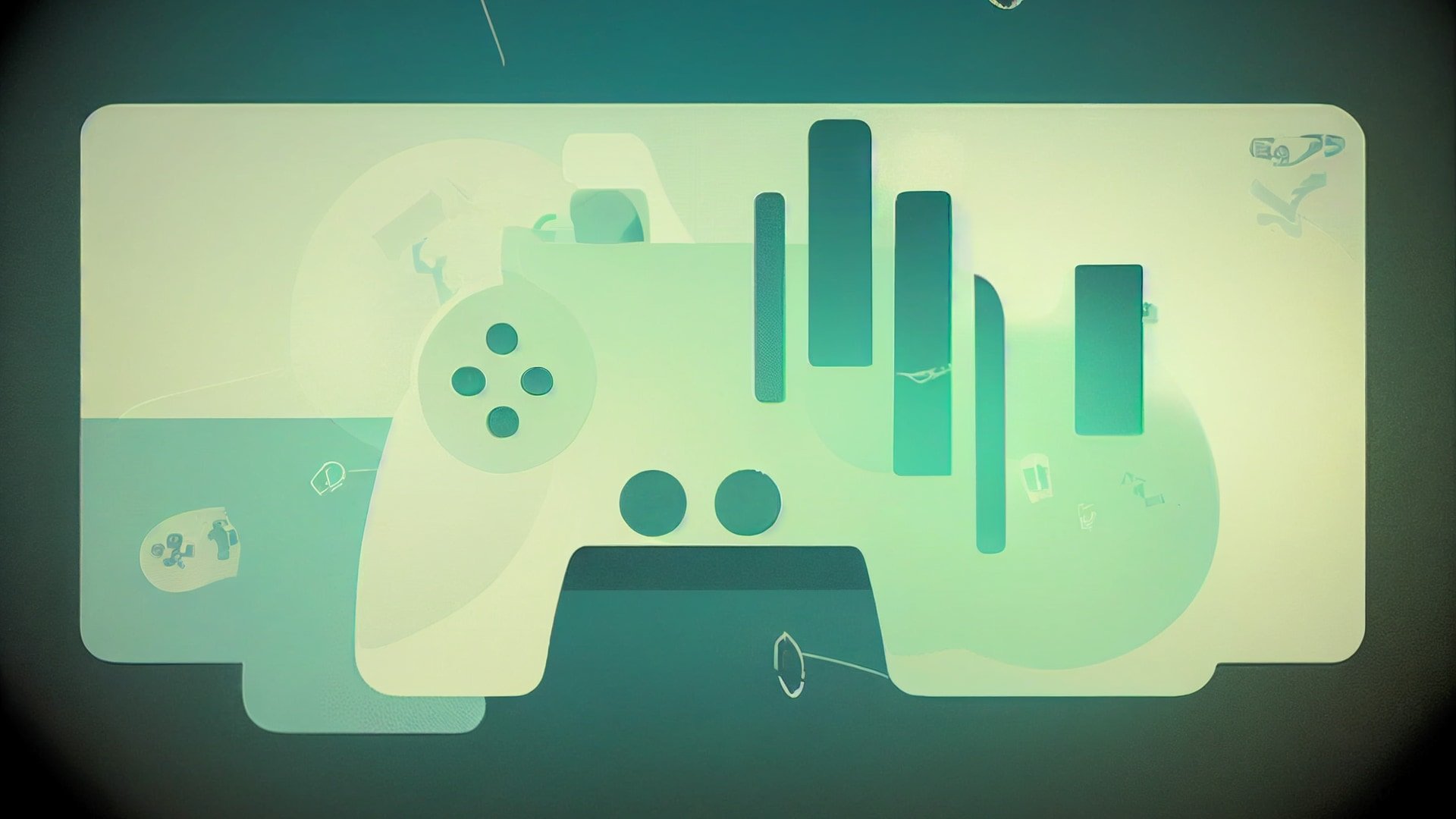 The video game industry has been around since the 1950s and has grown into a popular culture phenomenon.

The gaming industry has been around since the 1950s when William Higinbotham created an experimental tic-tac-toe game on a rudimentary screen and minimal controls. Since then, slowly but surely, the video game industry has been growing into something that has permeated into popular culture entirely. Over the years, there have been some timeless video game franchises that have made a name for themselves and established themselves as pillars within the gaming community. These franchises rake in billions of dollars each year through video game and merchandise sales, and we are going to be taking a look at some of the highest-grossing video game franchises to give you a perspective on how the industry has evolved over time. We always like to give you all of the information surrounding a specific topic, so if you want to learn more, consider taking a look at some video game industry statistics and facts as well!

Call of Duty: $30 billion in revenue

The good old days of Halo and Call of Duty lobbies can very well be considered one of the golden ages in gaming history. Few things could compare to hopping into a Modern Warfare 2 lobby and getting verbally abused, then proceeding to just have fun and shoot some guns. Chip dust-covered facts aside, the Call of Duty franchise is well-known for its innovation and constant evolution into bigger and better things. From in-depth World War II games to futuristic games that let you live out your wildest Sci-Fi fantasies, you can expect to find something to love about the Call of Duty series. Since its conception in 2003, the franchise has continued to impress fans with each annual release and can be sure that it holds a special place in gaming history.

Pokémon can easily be considered the cream of the crop when it comes to the early days of gaming, and that is because the setting and premise of the games are incredible for young gamers to dive into, and remain steadfast fast for years after the fact. The main idea of the games, if you somehow don’t know, is that you are a young Pokémon trainer setting out into the world to catch all of the Pokémon and become the very best. The immediate appeal of the games is apparent, but the Pokémon franchise also capitalizes on merchandise sales, the range of which includes essentially everything under the sun. Since the release of the first game in 1996, the franchise has soared into global acclaim as one of the biggest franchises in history.

Super Mario is perhaps the most popular protagonist in gaming history. Generations new and old can instantly recognize the pudgy little plumber and think of some fond memories they had with their first Super Mario game. The franchise always put special emphasis on platformer games since that was always the main selling point of the series. However, the games also branched out into different spheres of gaming, from the viral Super Mario Kart to more immersive 3D platformer-type games. The Super Mario series has also spawned quite a few memorable characters, many of which were added to Super Smash Bros., a composite fighting game. Since the series has released more than 200 games, it is no surprise that the series has going to remain a timeless classic for many years to come.

This is the first anthology series on the list, and it is also one of the best series when it comes to the setting and the memorable characters you meet along the way. The games are primarily RPGs that concern themselves with a particular group of heroes facing some sort of evil force. The game first came out in Japan and has been released both there and in the rest of the world, where it racked up a very impressive revenue of over $39 billion. The interesting thing about the Final Fantasy series is that it essentially brought about a new definition of RPG games that quickly spread around the world and created a name for itself. Final Fantasy tends to be an outlier compared to some of the more popular franchises, but it is still an amazing series worthy of respect.

Dungeon Fighter Online is a very obscure game because it doesn’t have a large media presence as some of the other games on this list. This is because it was released as a small game in South Korea, ported to Japan under a different title, and was then acquired by Tencent, which branded it Dungeon Fighter Online. Understandably, the main portion of the game’s player base is from China, so it is only natural that the game wouldn’t get too much attention in the West. When it comes to the gameplay of Dungeon Fighter Online, the game has some common connections to Diablo, albeit in a side-scrolling style. This coupled with the hack-and-slash style of gameplay provides players with an exciting experience. Combat is quick and the quest design is well thought-out. Overall, Dungeon Fighter Online is a fantastic, niche game that any fan of hack-and-slash games should try out.

Here we have another vintage game that has stood the test of time and managed to remain a popular title for around 40 years. Of course, there has not only been one game in the series, as more Space Invaders games have come out over the years which gave the series a refreshing look with some slightly better graphics. Space Invaders acted as the basis for many Sci-Fi alien-themed games that would come out in the future, largely because they presented a very raw and basic idea that could be refined and improved upon in thousands of ways. Because of pioneering games like Space Invaders, we now have incredible games like Alien: Isolation, Doom, Dead Space, and many more. If you ever feel like going on a trip down memory lane, consider trying out some of the Space Invaders games!

This is probably not what you were expecting, is it? Pac-Man was modeled after the idea of a pizza with a slice missing as well as the Japanese symbol for “mouth”, which is quite simple and fun when you look at the origin stories of other protagonists. It is also one of the oldest games, so it makes sense that it had all of this time to rack up all of these sales and all of this revenue. The appeal of Pac-Man is its simplicity. There are no complicated mechanics to perform, no branching paths, just a little mouth dude eating pellets and fruit while being chased by ghosts. Simple games are always a treat to play when you want to step back from the newer games, and Pac-Man does that perfectly.

Crossfire is one of China’s biggest games, similar to Dungeon Fighter Online. The difference between the two is that CrossFire is one of the best and biggest first-person shooters in history, which has amassed over 1 billion lifetime users and billions of dollars in revenue. The gameplay can be compared to Counter-Strike 1.6, both in gameplay style and aesthetics, so you can understand why it would be such a big hit around the world. Another driving factor behind its popularity is the fact that it doesn’t require monstrous hardware to run, so anyone can run it with their toaster if they want. Several more CrossFire games have been released over the years, but very few of them can be compared to the original, which is both addictive and incredibly fun!

Street Fighter is an iconic franchise that features some of the most memorable and interesting characters ever. Most people who have any knowledge of gaming have heard of some Street Fighter characters and the notoriety of the game for its excellent gameplay mechanics and how fun it is to play. It is a classic side-view fighting game where you can chain attack combos from a variety of angles and test your skills against opponents. The reason this game franchise is so popular is that the games originally started in arcades, something that has since long fallen to ruin as digitalization spread throughout the world. However, back in the old days, like, 300 years ago, there would be nothing like going to an arcade with a few friends and playing a few rounds of Street Fighter.

Dragon Quest is one of the oldest RPG games in history, preceded only by Ultima 1: The First Age of Darkness. The setting of the games is a classic medieval fantasy where a group of players controlled by you can walk around the world, complete quests, and slay mighty monsters. The Dragon Quest franchise was one of the first franchises to feature a separate combat screen for monster encounters, where combat is static until you choose what to do. If you’re having a hard time visualizing this, just think about the combat system in Pokémon and everything should be clear. The newest Dragon Quest game at the time of writing was Dragon Quest Tact in 2020, which was a mobile game. You can be sure that the franchise has been doing everything perfectly since 1986, otherwise, there would not be as many successful and branching games over the years.

That would be all we have to say about the highest-grossing video game franchises! These franchises are a testament to the success of the video game industry that has been around for decades, and the games that have come out from these franchises have achieved legendary status among all of the games available to us today. As we can see, the billions of dollars in revenue that these franchises have generated over the years are not directly tied to next-gen graphics and incredible innovation. Most of these franchises are extremely old, but their timeless style and perfect execution have paved the way for them to perfect their craft and release newer versions that capture the essence of the first games. We sincerely hope that you have enjoyed this content and that you have learned something new about the video game industry!