How to play Unboxing Simulator — become a pro and win

With our detailed Unboxing Simulator guide, you'll be unboxing and unlocking new items every day! 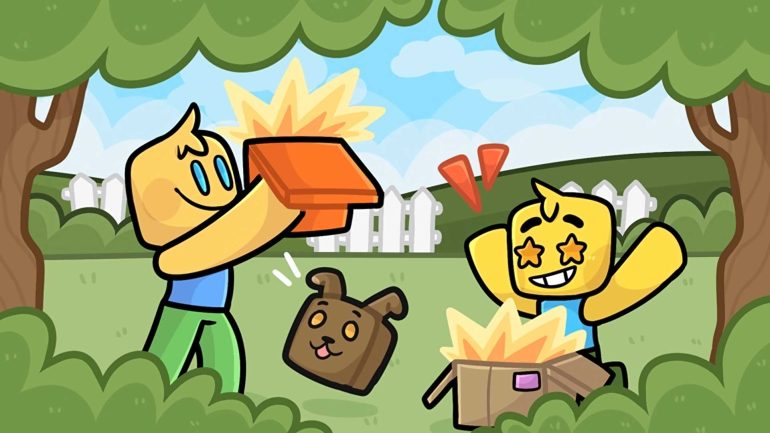 Unboxing Simulator is a collectathon by Team Unsquared. Since its launch, this Roblox game has developed a massive fanbase: with a total of 191 million visits since launch, almost 800,000 favorites and a concurrent player count which is constantly in the thousands! The popularity of the game is surely unmatched. At its core, it is a “box smashing adventure”, working to attain boxes, reveal gifts & prizes, unlock new items, and find rare hats & pets.

Simulator games usually require a lot of grinding to become good at and so the challenge can be particularly hard, however, don’t despair! Our comprehensive Unboxing Simulator guide will provide you with every trick and tip needed to become one of the best. So, grab a coffee and read on!

The primary thing players attempt to unlock and collect while playing the gameare ‘Areas’, in-game levels which feature unique hats, coin & gem opportunities, eggs, enchanting zones, shops, dungeons, chests, quests and more. There are currently 60 unlockable areas in the game, beginning with Area 1: Forest. From Forest, your main goal will be to traverse the 59 following lands to eventually reach the 60th and final Area: known as ‘Box Land’. Here, you will have access to the Giant Box, perhaps the best in the game.

The second big class of collectibles in the game are ‘Hats’, which can be used to buff the player’s damage and attack speed. Hats can drop after destroying a box, but the chances of this happening are relatively low unless you are using a Hat Drop bonus code. There are six levels of hat ‘rarity’, which dictate the properties and potential of the hat: common, rare, epic, legendary, godly and mythical. The higher the rarity, the better stats the hat will have and  the easier it will be to ‘Enchant’. Enchanting is a simple way to make your items stronger by using other items to improve it. There are a bunch of different Enchanting locations in the game, each with a level limit which makes it harder to enchant higher level items early in the game.

The third big set of collectibles in the gameare ‘Eggs’, which are only significant because they hatch ‘Pets’. There are a total of 28 eggs in the game, all of which can be purchased with gems. There are six levels of rarity, which makes the pet exceedingly valuable in terms of the statistic or level bonus it delivers. From these 28 eggs, you can receive any one of 186 pets – each egg having a chance to hatch one of a select few, based on its statistical chance of delivering specific species and rarities. Pets can give your character a ‘Walkspeed Buff’ and ‘Level Bonus’. Whereas the first simply dictates how quickly you can traverse environments, the second increases as the level of the pet increases. The improvement threshold, or how many levels a pet has to increase, is dictated by their rarity.

Progressing quickly at the beginning of your time in the gameis fairly simple. You just need to keep in mind a few key features of the game’s mechanics: use pets, as these can increase the level of hats found. Use hats, as these increase your damage. Use weapons, as these multiply your damage. Completing Potion quests as quickly as you can, as these will make crafting potions really easy. Finally, if you feel you’re going too slow, make sure to enchant your pets before you go to open a bunch of boxes. This will, in turn, deliver even greater hats, allowing you to enchant your hats more quickly. Easy enough!

But as you progress deeper into the game, it may feel like your grinding is paying off less and less. In that case, you will need to invest even more time into enchanting your pets to very high levels before you go hunting for higher-level hats. It can feel like a real grind at times – and not the good kind – to be sure. But once you’ve done the groundwork, it’ll only be a matter of time before you are at UnboxingMastery.

Key to all these mechanics are ‘coins’ and ‘gems’. ‘Gems’ are a secondary currency in the game and are generally used to purchase eggs. ‘Coins’ are the game’s primary in-game currency and are used to unlock pretty much everything else in the game, including new areas, boxes and weapons. Just how many coins and gems you have, and how quickly you can earn new ones, will be the primary factor in deciding how quickly you progress through the game.

Therefore, it’s a good idea to get to grips with all the secret tips and tricks for earning currency quickly and putting it to good use, and there is no better tip than to make good use of Unboxing Simulator codes.

Codes are a really important part of any successful strategy in Unboxing Simulator and can offer a range of items, boosts and bonuses. Some codes deliver coins, the game’s primary in-game currency which will aid you in purchasing the majority of items in the game. Others deliver gems, the game’s secondary currency which is used primarily to buy gems. Finally, some codes deliver stats boosts and bonuses which, if put to good use, can give you a killer boost harvesting eggs, picking up hats or taking on your enemies. So keep an eye out on our Unboxing Simulator codes guide to stay up to date with all recent codes & freebies.

Roblox refund — how to refund items on Roblox

Gems are a secondary currency used to buy eggs and unlock new and better pets. Other than promo codes, there are also four ways to attain more gems. The first is boxes, with potential loot similarly scaling in accordance with your highest unlocked area. Secondly, you can get more through the Gem Chest in Futureville or the VIP Chest in the VIP area. Thirdly, some quests deliver gems as you progress into these questlines. Finally, you can once again purchase gems using Robux, but this will once again require you to spend some real-world money.

As you can tell, there are plenty of ways to earn coins and gems in-game, but although these opportunities are plentiful, they are not always the most time-efficient. For this reason, plenty of players look at the chance to spend a couple of USD on a quick fix of coins and gems as a pretty good deal. But it isn’t. There is no reason to spend real-world money on coins and gems when you haven’t yet made the best use of those bonuses offered by promo codes.

But some codes don’t offer coins or gems. Although there are vanilla mechanisms which replicate the effects of code boosts – like hats, weapons and pets – there aren’t any natural ways to receive stat boosts as such. Previous codes have released hat drop boosts, hatch speed boosts, enchanting XP boosts, damage boosts and coin drop boosts. This makes boost codes incredibly useful, but remember: codes can only be redeemed once, so make sure you aren’t going to regret using one too soon or when you aren’t prepared to make use of it immediately.

That’s everything we have to share about Unboxing Simulator. If you liked this guide, check out similar guides that we’ve come up with for other Roblox games: Epic Minigames guide, Blox Fruits guide, Bee Swarm Simulator guide. With all this information, you’ll be an unbeatable force to reckon with on Roblox.