Don't know if you should give Raid: Shadow Legends a shot? Look no further, because we bring the answers! 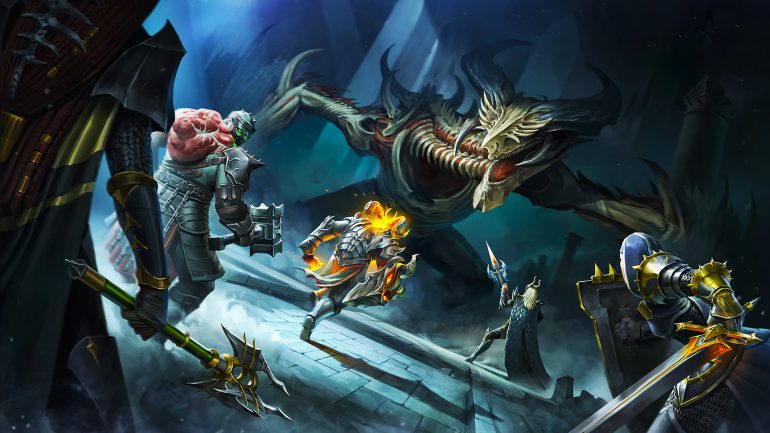 If you’ve been on the internet for any span of time, watching Youtube videos or reading video game articles, you have probably heard of Raid: Shadow Legends. This game is an extremely popular gacha game developed by Plarium. It has high fantasy elements as well as some great storytelling when it comes to its campaign.

But is Raid: Shadow Legends good? Well, we’re here to tell you all about it and give you some insight into the viral game and whether you should start playing it as well. There are a lot of factors that go into making a good game and many things can go wrong in development. This is a fact that has notoriously slowed down the production of ambitious games. Let’s see what it’s all about!

What is Raid: Shadow Legends?

It can be pretty difficult to form your own opinions when you blindly trust the advice you find online, so we’re going to give you an overview of what Raid: Shadow Legends exactly is. This way, you can see the ins and outs of the game and you can make a clear, unbiased decision!

Raid: Shadow Legends is a fantasy role-playing gacha game developed and published by Plarium Games in July 2018. In this game, you assume the role of an unseen protagonist who controls groups of Champions to complete the rich campaign. You start small, with not many Champions, but you can collect Champions of higher rarity the more you play. Like many other gacha games, Raid: Shadow Legends features a currency system, as well as an energy system, both of which can be replenished by using real-life money.

Once you get into the game, you’ll find that the gameplay can be quite enjoyable because of the wonderful artstyle that does not carry the typical anime themes like other games, but prefers a darker theme, to accommodate the fantasy style. The Champions you use are also highly tied to fantasy and you can find a lot of races such as Barbarians, Orcs, Elves, Dwarves, and many more.

Surprisingly enough, there isn’t that much criticism for Raid: Shadow Legends. The main thing that does not sit well with many players is the tedious Energy system. While you have enough Energy, you can engage in as many battles as you want, as long as you have enough. However, once you run out of Energy, you cannot perform any more combat actions so you need to wait for your Energy to fill back up. This, of course, can be done by using real-life money as well. As you can assume, having to pay to be able to play your game can get quite annoying for players who just want to enjoy the story.

The second thing that receives some flak is the extremely aggressive ad campaign that was very present when the game first came out. You weren’t able to go anywhere on the Internet without seeing something about Raid: Shadow Legends. This was most notably present in various Youtube videos and Twitch streams that had a ton of ad breaks to feature Raid: Shadow Legends. The ad presence actually lead to Raid becoming a meme for a few years.

Now that you have a rough overview of the game, we can finally give you the verdict: — is the game good?

Because it is a mobile game with many pay-to-win features, it is understandable that it is limited in some regards. Despite this, Raid: Shadow Legends tells a fantastic story with a lot of good worldbuilding. These aspects give the game an identity that sets it apart from other crappy games you might find online. The races and factions are well fleshed-out and the combat is great, so you can expect many hours of content to consume on a daily basis.

With that said, we can tell you that yes, the game is good. Quite good, in fact. There are many more positive aspects than negative and any fantasy fan can appreciate the general theme that has a lot to offer.

Now you know whether you should start playing Raid: Shadow Legends or not! The game is truly fantastic and offers a lot for what it is, so it’s a good idea to pick it up now so you can try it out. If you want some more mobile games that pack a content-filled punch, you should check out some of our other articles like best naval games and best iOS games!