Everything you need to know about Raid: Shadow Legends in one place! 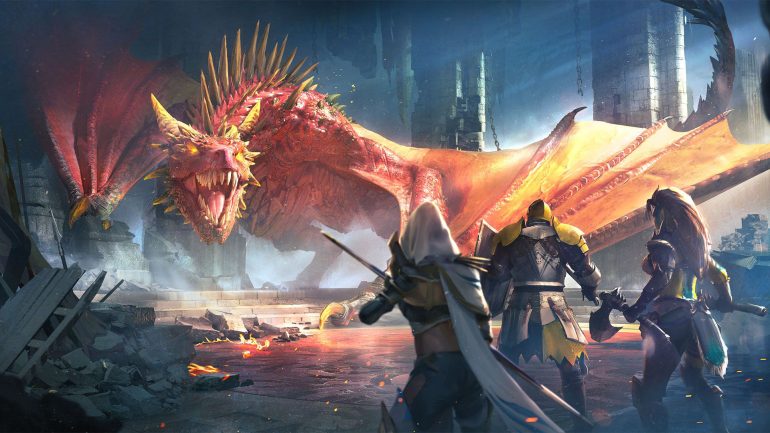 Raid: Shadow Legends is a popular online gacha game that is sweeping the Internet by storm. There is a strong fantasy presence as the game is very well-designed to have a coherent story as well as top-tier mechanics that allow the gameplay to be satisfying, as well as rewarding for players who dedicate enough time to improve their skills. When it comes to skills, it can get difficult to learn everything since there are a lot of moving parts to Raid: Shadow Legends. We’re here to help.

Anyone who has played Raid: Shadow Legends will tell you that the game is very complex even though it is a primarily mobile game. It’s pretty interesting to think about how games have gotten complex over the years, allowing gamers everywhere to enjoy full-on adventures that they wouldn’t have been able to embark on years ago. Since the game is as complex as it is, we’ve prepared this Raid: Shadow Legends guide for beginners and starters on that will help you understand the game on a fundamental level so you can take your Champions to Teleria and win!

Once you have mastered the fundamentals of Raid: Shadow Legends, you’re sure to perform a lot better than before, which is a great feeling when you’re playing a game as large as this one. There are many elements of the RPG genre in this game, so if you’re a fan of role-playing, check out some of the best RPG games. We realize that everyone has their preferences, so we also have this best mobile RPG games article that is sure to guide you in the right direction!

The backbone of your party — champions

If you’ve ever played this game before, you’ll know that the most important aspect of Raid: Shadow Legends is Champions. They are units that you utilize in order to defeat enemies and raid buildings as you make your way through the rich campaign. When you start playing you are granted two Champions to make ends meet with since there is no reason to give you anything powerful right at the beginning of a collection game. Using these two champions your job is to defeat any opponent you come across so you can get Shards that are used to purchase new Champions, as well as to upgrade them.

There are four levels of Shards you can obtain during combat, and they follow a hierarchy of rarity, very similar to classic item loot in the most popular games. The champions you get after using the Shards are decided based on the rarity of the Shards themselves. This is what you can expect from the Shards:

Raid: Shadow Legends has an interesting recycling mechanic where you can take some of the more common Champions that you have too many of and offer them up for a chance to get a Champion of higher rarity. This is great for players who have a lot of common/uncommon Champions and need to remove some clutter. It is always a good idea to have some Champions in reserve that you never recycle to have a fail-safe in case you get something you don’t want after recycling.

Once you establish the Champions you want to use in battle, you need to know how they function and what their strengths and weaknesses are. The primary mechanic by which this is decided is called Affinities. Affinities decide how your Champion fares against another through a color-coded system of ability. To make it simpler, imagine a Pokemon battle. You have a Grass-type and your opponent throws out a Water-type. You’re happy because you know that your Pokemon is fundamentally at an advantage compared to your opponent. This is the same thing in Raid: Shadow Legends except your advantage is decided based on the Champion’s Affinity.

Each Champion falls into one of the four possible Affinities, so you should make sure to include a party of Champions with diverse Affinities in order to be ready for any situation. These are the Affinities:

From here, all you need to do is remember what each Affinity is weak/strong against and plan your moves accordingly. Having a diverse party with Different Affinities will help you stay safe against anything.

When you just start playing the game, your Champions are going to have basic stats that cover them for any situation. This means that their stats are relatively average and not very flashy. As you progress, however, you’ll find that you can use certain scrolls to grant your Champions the option of specializing in one of the three available categories:

Each Mastery has a tree where you can invest skill points to even further specialize your Champions if you have something specific in mind. Like in the Masteries section, having a versatile team comprised of many different Masteries is a smart play and will aid you in many situations. Masteries should only be unlocked on Champions of a higher rarity because you use them the most.

Think of Artifacts as the gear your Champions wear to improve their edge in combat. There are six types of Artifacts that a Champion can wear at a time:

As you can see, there are a lot of stats that you need to keep in mind when min-maxing your Artifacts for your Champions. If you have multiple Artifacts that belong in a Set, then the parts of the Set will gain additional bonuses depending on the Set type and Artifact rarity.

All of the things mentioned so far have a high bearing on gameplay and the success you can expect to have in combat. The combat in Raid: Shadow Legends is fairly straightforward so you can get used to it quickly, but even the most skilled players have trouble dealing with the complexity of the many factors surrounding it. It is important to keep all possible factors in mind:

Now that you have a better knowledge about the fundamentals of the game, you can now confidently enter combat through any of the provided game modes. It is important to note that you need to manage your Crystals, Energy, and Silver, since running out of these will guarantee that you can’t progress further.

Energy dictates how many combat advances you can make at a time, and running out means that you have to wait for it to fill up. The other currencies allow you to purchase Champions and acquire resources through the Mine. Players can either purchase resources and Energy from the Shop, farm it in-game, or use certain Raid: Shadow Legends promo codes.

Game modes are the various ways you can play the game that have different mechanics and goals to them. To give you an idea of what each game mode has to offer when you step into it, here is an explanation:

That would be a general overview of the main gameplay points of Raid: Shadow Legends with everything you need to know. The game is surprisingly complex to a person who has never heard of it so it can seem a bit daunting to newcomers. The learning curve is actually not that steep as the game receives a lot of new players constantly and the game is evolving day by day with new updates and new content. We sincerely hope that you have found this informative and helpful. If you did, consider taking a look at our best war games article to find something new to enjoy!