These are the top unit picks if you want to complete Story Mode or reach the high waves in Infinite Mode. 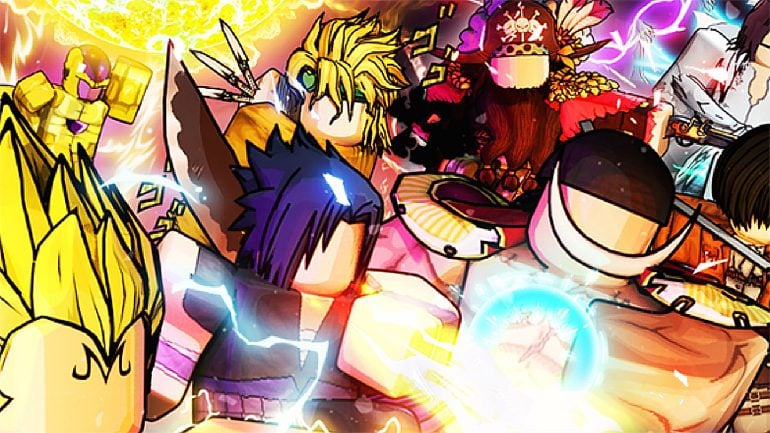 All Star Tower Defense is the Roblox game that brings all your favorite anime heroes and villains together into one mega tower defense adventure. Featuring popular characters from series like One Piece and Demon Slayer, the goal of All Star Tower Defense (ATDS for short) is to survive for as long as possible against endless waves of enemies.

If we include their orb variants, there are more than 200 unique characters to choose from and deploy in ATDS. With a roster that big, how can you tell the heavy hitters from the weaklings? Well, you could always read our All Star Tower Defense characters tier list, ranked by their viability in Infinite Mode and Story Mode.

All Star Tower Defense is just one of hundreds of incredible Roblox games. If you love games that challenge you the way ATDS does, you’ll love our list of the best Roblox single player games. Perhaps it’s the unit management and efficiency chasing that tickles your fancy; check out the best tycoon games on Roblox. And if you’re an anime geek who enjoys playing as your favorite anime and manga characters, this list of the best anime games on Roblox are exactly what you’ve been craving.

Here’s the full tier list. You can click on the image to zoom in for a clearer look.

And here’s the entire tier list in a table view.

These are the units that dominate the current Infinite Mode meta. The world’s top-ranking players rely on these heroes and villains to consistently help them get to the highest waves.

A-tier units can be S tier on their day, though they’re not consistently good enough to rank among the best of the best. These are still excellent options for Infinite, Story Mode, PvP Mode, and Damage Farming.

The units in this tier will carry you through Story Mode, but they won’t take you as far as the A- or S-tier units in Infinite Mode.

You can rely on the units in the C tier up to about level 60 in Story Mode. Beyond that, you’ll want to consider an upgrade.

D-tier units are good up to about level 25. Don’t get too attached to them; you’ll want to switch them out pretty early on in the Story Mode.

Any units not listed here are poor picks and should be avoided or replaced as soon as you can.

That’s quite a long All Star Tower Defense characters tier list (and it isn’t set in stone, either)! The game’s developers are constantly updating and tweaking ATSD, adding new units and removing others. Tracking all the changes can be overwhelming, but this list should serve as a starting point to create the ultimate lineup for your preferred play style.

There are many video games out there; check out a few of our favorites by reading our list of the best free PC games.